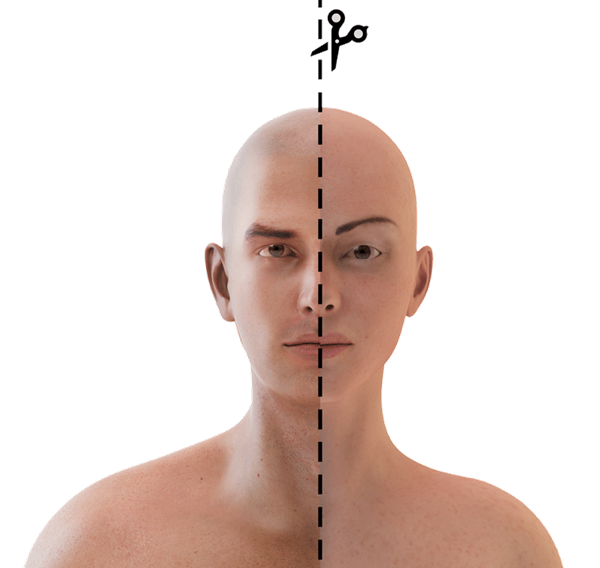 Ian and I found out we were pregnant on the Sunday after Thanksgiving – one month along; everything seemed to be going right in life, and this just felt like it was meant to be. Now, five weeks later, I was on my way to the emergency room after I started to have some light bleeding. We didn't have our midwife's pager number, so I wasn't able to talk to her about what I should do. I drove myself into town and left Ian and our son, Jacob, on their own for the first time overnight.

Medically it was nerve-wracking, but emotionally it was draining, knowing that I would spend the rest of the night “coming out” over and over again. I couldn't even describe my problem without explaining the most personal, intimate details of my life and my body.

I once visited a walk-in clinic for a urinary tract infection, and erroneously assumed that the doctor knew what “transgender” meant. Partway through the visit, I realized he was utterly confused about my anatomy, to the embarrassment of both of us. Ever since, I've tried to be clearer when explaining my situation. I stop for a moment and give the care provider time to absorb what I've said and/or admit his or her uncertainty.

The intake nurse motioned me to her desk. I began, “I am transgender. I was born female, but transitioned to male by taking testosterone and having chest surgery.” I paused and looked at her; she nodded.

Is that ok? Do you understand that?

I proceeded to tell the intake nurse that I was pregnant, experiencing bleeding, and feeling unwell. Without particular comment, she gave me a paper wrist bracelet and told me to sit down.

After a couple of hours, I was moved to an exam room, where I waited another three hours without speaking to anyone. I spent the time listening to the busy doctors and nurses, wondering if they would be “trans-friendly.”

A nurse came in and politely asked why I was at the hospital. I started again from the beginning – transgender”¦born female”¦pregnant”¦10 weeks”¦light bleeding.

Another nurse came in later to check my vitals. She, too, asked why I was there. I went through the same spiel – transgender, born female. Like the others, she was professional and respectful.

A little later on, a student doctor entered the room. “What's going on?”

“Umm, do you know the background at all?” I asked.

Did I really have to come out as transgender to each of these people, one at a time?

I'm much more practiced at it these days than I once was, but it's still stressful. I never know how someone, even a professional, will react. One of the first people I ever came out to was my music teacher; she yelled at me angrily in disbelief. More commonly, people respond by asking questions about my love life, my genitals, what my parents think, or why I transitioned. Sometimes, people ask me what my “real” name is, or start referring to me using female pronouns. Once I overheard an OB/GYN laugh when her colleague asked her what it was like to examine me.

“I do know the back story a bit,” the student started.

“So, you know I'm transgender?”

“Yeah. I did some research; I think I am caught up,” he replied.

Ok, he looked in the chart ahead of time, realized he was unfamiliar with transgender individuals, and decided to look us up. Then, within a few minutes of doing some reading, he was able to use the correct pronouns and have a frank discussion about my medical problem. THANK YOU for reading up before talking with me.

He asked me plenty of questions, including confirming that I had not been taking testosterone recently.

“Not since before conceiving my toddler. I had a healthy pregnancy before this one.”

He asked the same question again. Maybe he was confused by my masculine presentation – I have facial hair and a deep voice. Many people, health care providers included, don't realize that testosterone can have a permanent effect on some secondary sex characteristics. In many cases, after testosterone has stimulated the development of hair follicles in the face, only electrolysis will stop hair growth, even if the patient halts medication. Testosterone's effects on the inner workings of the reproductive system, however, are normally reversible; a trans guy can ovulate and grow a beard.

“Have you had anything done on the”¦ bottom? Anything that we should know about?”

Thank you for asking politely instead of making a faulty assumption.

The teaching doctor came in and said cheerfully, “So, I understand you are pregnant.”

Thank you for signaling to me that I don't have to start by discussing my genitals at birth with you.

After a brief discussion, the doctor ordered an ultrasound and I was moved to a waiting area in the hallway near the nurses' station.

The student told me that they would be going over my case with the next set of doctors coming in after the night shift. “You might hear us talking about you.”

I watched and listened to it all. There was not a single wrong pronoun, no poorly covered laughs, and no unnecessary discussion of my body or my transition.

The new doctor sat down next to me and said I would need a WinRho shot because my blood type is Rh negative and I'd had some bleeding. “It will not only protect this pregnancy, but all future pregnancies as well.”

Thank you for understanding that this pregnancy was planned and wanted. Thank you for accepting that I deserve to have children as much as anyone else.

The ultrasound technician put goo on my belly and started taking pictures.

“Then we need to do a vaginal ultrasound to get a clear picture.”

I told him I was terrified of that procedure. I hated the feeling of it, and I hated that someone would be intently watching a part of me that I would prefer to forget about. I'm grateful that I can bring children into our family, but that does not mean that I am at ease with the parts of my body that allow it.

He asked if it would help to have another person in the room, male or female. I said no.

It wasn't as bad as I thought it was going to be, except the room was very cold for someone wearing a paper gown.

After reviewing the images the doctor told me, “You were right about the dates, but the fetus stopped growing at 6 weeks. I'm so sorry. We almost never know why this happens.”

I called Ian and told him. I felt like I was stabbing him, giving him such painful news. I've never heard his voice sound as broken as it did that day.

The OB/GYN doctor and student who came to talk to me next were profoundly sympathetic and kind. They discussed the risks and benefits of a D&C versus taking a medication to help expel the fetus, and left the decision up to me. I chose the medication. Jacob and Ian came in and I got some amazing, big hugs. Jacob nursed while the various doctors and nurses gave him adoring looks. No one asked why I still chestfeed my toddler or whether doing so makes me feel like less of
a man.

The doctor returned and said, “We usually give this medication vaginally, but we looked it up and found that you can also take it orally. So we can give you a prescription for it and you can use it at home when you are ready.”

They understood. YES, a trans guy would likely prefer a pill.

On my way out of the hospital I caught my main doctor in between tasks. “Every single person here has been so respectful and understanding. I really appreciate it. I've had bad experiences before.”

“And you will have them again,” he finished. “You know that. But I'm glad that people were good this time. I think things are changing.”

Ian, Jacob, and I went home, shocked. For the past four weeks, while we were planning and dreaming about a new family member, our baby was already gone. I can say, though, that I left the hospital a little less scared of doctors than I was when I arrived, and grateful to have shared a different perspective.