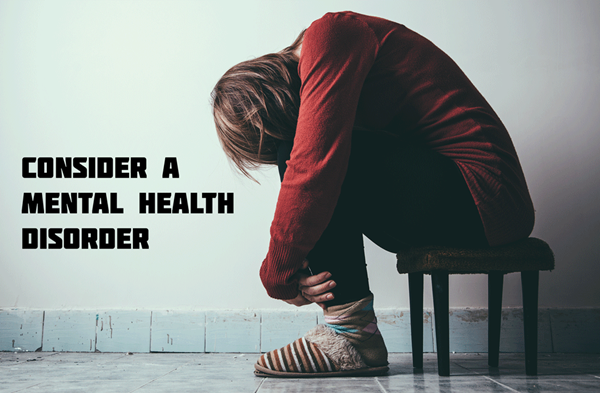 A Reflection on Mental Health and Emergency Medicine

After a knock on the door, I entered the hospital room to find Lisa, a 12-year-old patient who was seated on the exam table, eyes fixed on her shoes. She only briefly made eye contact, enough to say “hello,” before diverting her gaze. It was the start of the school year, and the schedule in the rural clinic where I served as a medical student was packed with kids who were there for physicals.

Among our colleagues, we can reinforce the importance of mental health issues, keeping in mind the rate of serious outcomes, including suicide.

As I began the encounter with light-hearted comments about the upcoming school year, I noticed that Lisa began to fidget with her jewelry and massage her arms nervously. Cautiously guiding the conversation, I attempted to see if there was something she wanted to share with me. Her initial answer was that she had occasional dizzy spells and had nearly passed out on multiple occasions.

Noting her thin frame and very low BMI, I replied, “You know, starting a new year at school can be fun, but it can also be scary. I was always nervous the first week of school. Do you feel the same way?”

“I am really scared,” was her contemplative soft reply.

“Is there anything in particular about school that worries you?” I asked.

Lisa began crying. “Yes. I'm fat and everyone knows it.”

She admitted to a year-long struggle with body image and activities that are synonymous with anorexia. She was looking for help. Like others in her region, however, her access to resources was very limited. We eventually found a specialist two hours away who accepted payment on a sliding scale basis. Providing Lisa with a journal, I encouraged her to chronicle her journey through recovery. Now many years later, Lisa is still working on being healthy and happy. She has shared her story and helped others with similar issues, and aspires to be a pediatric psychiatrist.

Encounters like this one are not the typical stories of a catastrophe or a shocking incident from the ED that are often remembered as defining or important moments in a medical career, but sometimes their subtlety is what makes them striking. A few minutes of real communication with a patient can be a catalyst for transformation in life. Lisa has touched the lives of so many others with her story, creating a wave of positive change. Doctors, especially emergency physicians, see patients at their most vulnerable moments. How many patients can we save in those moments?

Reflecting on experiences like this one, I couldn't help but wonder – how prevalent are mental health disorders in adolescents? Is Lisa's story just the tip of the iceberg? Are we missing opportunities to identify these patients? The committee on pediatric emergency medicine published data in 2011 regarding mental health emergencies in the adolescent and pediatric populations. (See Table 1.)

About 83% of adolescents who attempted suicide were not recognized as suicidal by their primary care physicians.

This data suggests that as emergency physicians, we have an opportunity to intervene. There is an increasing incidence of pediatric psychiatric emergencies and unrecognized suicidal ideation in adolescents, which is paired with an already underdeveloped mental health infrastructure in many communities.1 This is particularly true in rural areas, where patients utilize EDs whether they are acutely in crisis or involved in risky behaviors leading to trauma, substance abuse, or suicide attempts.

Rotheram-Borus et al. reported that “fewer than 50% of adolescents seen for suicidal behavior in the ED were ever referred for treatment; and, even when they were referred, compliance with treatment was low.”2 We can do better.

Always consider a mental health disorder. Even if the chief complaint seems unrelated, take the time to ask a follow-up or screening question. Many of these patients have barriers to care; involve social work, if possible, and familiarize yourself with community resources. Small things like a phone call after a visit can make a huge difference. Among our colleagues, we can reinforce the importance of mental health issues, keeping in mind the rate of serious outcomes, including suicide.

By continuing to keep our eyes open to the needs of others, we can have a valuable impact. Understanding others on this basic level spans gender, geography, culture, and income. We have an incredible opportunity in medicine to contribute to this cause and improve mental health. So capture the moment – no matter how subtle it may seem. The outcome may be inspiring.

Table 2. Barriers in the ED to recognizing and referring these patients