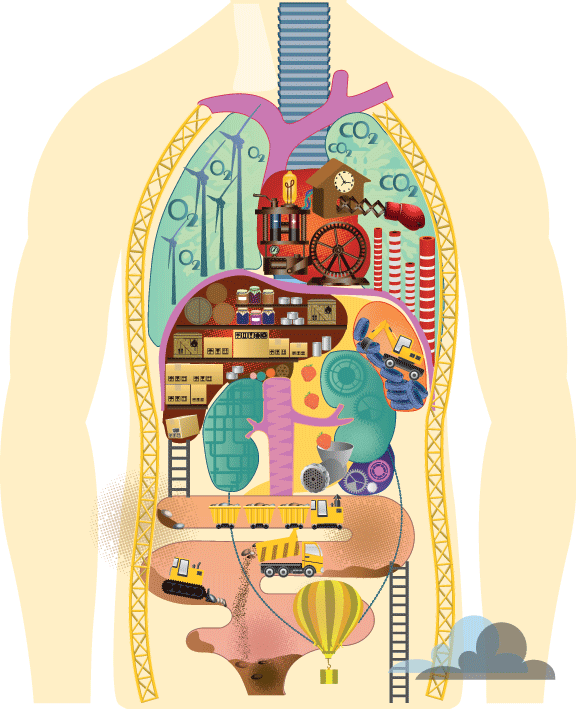 It was one of my first shifts of residency after spending a few years with the U.S. Marines. Until recently, I had not treated a patient under the age of 17 since my internship two years prior. Now, I was seeing several children per shift in our busy emergency department. Picking up the chart, I noted that my next patient was a 5-year-old girl with abdominal pain.

A multitude of pathologic mechanisms can cause gallstones in children, and the type of stone is largely dependent on certain inherent and environmental factors.

She was a well-appearing kid, and she smiled shyly at me when I entered the room. Good, she passed the first test – not sick. She told me that her tummy hurt, but like most 5-year-olds, her ability to give a history was limited to just about that. I turned to her mom for more information. She revealed that her daughter really hadn't eaten much that day and had been complaining of abdominal pain at school. She had thrown up a couple of times over the last two days, and hadn't had a bowel movement in close to five days.

It was starting to sound a lot like constipation – a common complaint in this age group. She looked fine – afebrile, normal vitals, interactive, and not too bothered with my exam – until I pressed on her belly. It was soft, but it appeared that she was generally tender on the right side. I can be fooled by ticklish vs. tender, so I had her bend her knees to relax her belly, and palpated again. Yup, definitely tender on the right – that doesn't really fit with constipation; could it be appendicitis? I ordered some “belly labs” and an abdominal plain film, not knowing exactly what I was looking for or what I would find.

Somewhat to my surprise, her labs revealed transaminases in the low 300s and a bilirubin of 3.8mg/dL. More unexpected was the read on her plain film – “a calcific density adjacent to the transverse process of L2”¦may represent gallstone.” But a gallstone in a 5-year-old? Of course!

While developing the differential diagnosis for this patient, I had not even considered biliary disease, mostly because of her age. She didn't exactly fit the classic description of a “fat, fertile female over 40.” However, a catchy mnemonic doesn't mean we should exclude kids from this diagnosis.

The most common type of gallstone in children is the black pigment stone, which occurs as a result of the breakdown of heme; so, naturally, they are common in hemolytic disease. Nearly half of all children with sickle cell disease will develop these kinds of stones,1 but any child with a hemolytic disorder can get them. Prolonged total parenteral nutrition (TPN) can cause pigment stones as well, though the process is reversed upon discontinuation of the therapy.

Chronically ill children tend to develop calcium carbonate stones, which are rare in adults. Although some adult cholesterol stones do contain calcium, the proportion of calcium in the stones of chronically ill children is much higher, accounting for 90% or more by weight, as compared with less than 20% in adult stones.4 Calcium stones may be more readily identified on x-rays due to their high calcium content, which makes a plain belly film a higher yield test in children.

There are other rare causes of stones in children, including brown pigment stones (associated with bacterial infection of the biliary tree), and the rarer ceftriaxone stones.5 Ceftriaxone forms a salt with calcium; this salt precipitates in bile and causes stone formation. Neonates are particularly susceptible to this adverse reaction.

The diagnosis of gallstone disease in kids hinges on clinical suspicion. Physical exam findings and blood tests are inconsistent and nonspecific, and similar findings can be found in a variety of diseases. Perhaps your best bet is ultrasound, which is noninvasive and has greater than 90% diagnostic sensitivity.6 You can even perform it at the bedside, but be aware that the measurements indicating pathology will be different from those seen in adults. For example, a common bile duct is considered dilated in adults if it measures greater than 6 mm, but in kids a diameter of 3 mm may be abnormal.7

A multitude of pathologic mechanisms can cause gallstones in children, and the type of stone is largely dependent on certain inherent and environmental factors. While pediatric cholelithiasis is uncommon, it remains important to keep it on your differential in children with abdominal pain.

The views expressed in this article are those of the author(s) and do not necessarily reflect the official policy or position of the Department of the Navy, Department of Defense or the United States government.