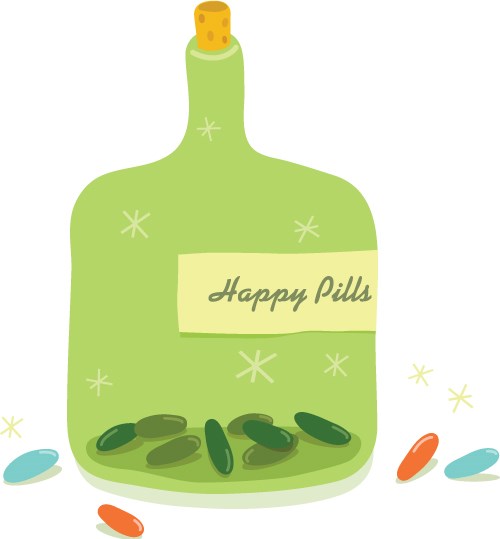 “5 and 2?” the nurse asks, as you see EMS wheeling in a patient who is flailing his arms and screaming at security. You recognize this patient — in fact, most of your colleagues have seen this patient at least once in the past year. He was discharged from the emergency department yesterday. He was also discharged the day before, and the day before. He has a longstanding history of psychiatric illness and presents today after attacking a bystander on the street. You begin to wonder — is there anything else we can offer mental health patients to prevent repeated emergency department visits and admissions?

Over the past several decades, there has been a significant shift in the ability to treat individuals with mental illness in the inpatient setting. A lot of this has to do with a significant decrease in the number of inpatient psychiatric beds available, which has occurred due to a multitude of reasons. Looking purely at numbers, in 1955, there were 3.4 psychiatric beds per 1,000 people in the United States.1 By 2005, there were only 0.17 psychiatric beds per 1,000 people.2 To date, based on recommendations from a group of psychiatric experts, there is a current estimated deficit of nearly 100,000 beds across the country, with 49 out of 50 states below the recommended number of beds for their state population.3

A large component of the decrease in psychiatric beds over the years is partly due to the development of better outpatient pharmaceuticals for diseases like schizophrenia and bipolar disease. Take chlorpromazine, for example. Since its introduction as an oral antipsychotic more than 50 years ago, pharmacotherapy has become the primary treatment modality in psychiatry.4 More recent long-acting injections such as Haldol Decanoate further assist patients who are otherwise at high risk of medication noncompliance.

Unfortunately, the combination of repeated life stressors, high incidence of homelessness and drug abuse, and inability of most emergency department providers to prescribe antipsychotics to patients with unreliable follow up, has led to an increase in the number of psychiatric patients visiting emergency departments on a daily basis. It is this combination of factors that served as the impetus for the development of assisted outpatient therapy (AOT) programs.

AOT is a civil/legal procedure by which a judge identifies patients with psychiatric disorders who have been repeatedly dangerous to themselves or other people, despite optimal attempts at outpatient therapy. When these patients are identified, they are committed to involuntary outpatient treatment, whereby their medication compliance is no longer optional. It can be considered similar to the mandatory tuberculosis isolation in patients who have demonstrated they cannot take their medications and pose a risk to others.4,5 The result is a program that targets patients who are at very high risk of danger to themselves or others with the goal of decreasing hospital visits, police arrests, and morbidity and mortality.

The quick and dirty — it's very effective. New York, California, the District of Columbia, Florida, Ohio, North Carolina, Georgia, Iowa, Arizona, and Utah have all used some variation with success. Perhaps the most well-known legislation is out of New York, where in 1999, the state enacted “Kendra's Law” to assist with outpatient treatment for certain people with mental illness who, based on treatment history, were unlikely to survive safely in the community. It was named after Kendra Webdale, a young woman who died in January 1999 after being pushed in front of a New York City subway train by a person who was living in the community at the time, but was not receiving treatment for his mental illness.

A study performed in 2010 examined the effect of New York's AOT program. It found a significant decrease in arrests, incarceration, psychiatric admissions, and homelessness with improvement in medication management and case management reports. The majority of patients involved agreed it was “a good thing in their lives” at the end of the study.6 Similar trends were seen in the other states studied. Additionally, there seems to be a significant financial benefit of AOT, such as when the District of Columbia estimated savings of $1.3 million over 2 years in a sample size of 115 patients.7

So why isn't everyone jumping on board? There exists a significant ethical dilemma in forcing people to do something against their will. Capacity is an incredibly gray area in patients with underlying psychiatric diseases, since some health care decisions are mandated but others are left to the patient's discretion. Further, there have been some questions raised about racial discrimination in selecting patients for AOT.8

That said, the argument that AOT takes away patients' rights seems misplaced. Fewer than 50 years ago, these patients were removed from their homes and forced to live confined within hospital walls. AOT provides an effective outpatient treatment that these patients have demonstrated they cannot obtain on their own. Further, we now have good data that these patients frequently end up in jail if they are not in AOT, and one could argue jail is an even greater infringement on someone's personal freedom.

This battle is twofold. On a day-to-day basis, providers in states that practice AOT can reach out to social workers and attempt to have high-risk patients evaluated by their court system. More broadly, AOT is an issue being fought at a political level. Therefore, letting your local advocates know your opinion can go a long way. The more that intelligent and informed people can participate in policy, the better off we will all be. Hopefully awareness surrounding this issue will allow us to best advocate for what we think is just regarding outpatient and emergency mental health treatment.