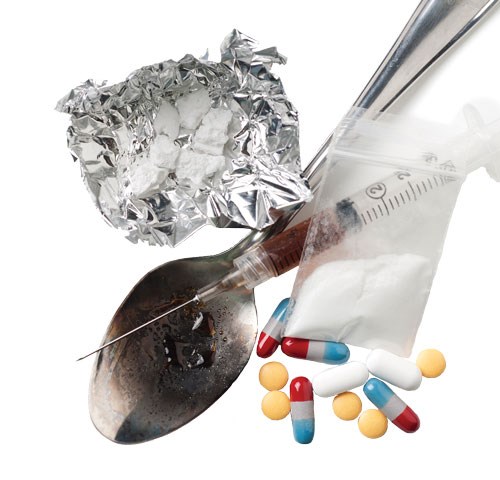 Naloxone is a widely used antidote critical in reversing the lethal effect of respiratory depression after opioid overdose. In combating the opioid epidemic in the United States, its use has increased significantly.1 Though usually benign, it is important to be aware of the possible adverse effects of this lifesaving drug, such as the risk of precipitating acute opiate withdrawal syndrome, which can lead to detrimental cardiac dysrhythmias and hypertensive crises.1,2,3

A 25-year-old male with a history of heroin abuse was brought in by ambulance after being found in a parking lot unresponsive. Upon arrival to the emergency department, the patient had agonal breathing and appeared cyanotic. The patient was immediately oxygenated with bag valve mask and given 2 mg of naloxone subcutaneously followed by 0.4 mg intravenously (IV) once IV access was obtained. The patient maintained an oxygenation saturation of 100% during bagging with 15 liters of supplemental oxygen, and had an initial blood pressure of 102/76.

Approximately 1 minute after naloxone administration, the patient became responsive. He admitted to snorting heroin and denied any other drug use. He was monitored with cardiac telemetry and capnography. After 5 minutes, the patient became tachycardic at 120 bpm, and a 12-lead ECG showed atrial fibrillation with rapid ventricular response. The patient was otherwise asymptomatic, so IV fluids and symptomatic care were provided. Labs including complete blood count, basic metabolic panel, magnesium level, thyroid function tests, and troponin were all within normal limits. The patient was admitted for further monitoring.

While hospitalized, the patient spontaneously converted back to normal sinus rhythm and was scheduled to follow up with cardiology as an outpatient after 24-hour observation. The patient was not placed on cardiac medications or anticoagulation and was counseled on his illicit drug use.

The theory behind this case was that naloxone caused sudden and near-complete reversal of opiate suppression of the sympathetic nervous system, leading to the patient's arrhythmia. With no known underlying cardiac disease in this young patient, it was believed that the arrhythmia would resolve spontaneously after the effects of naloxone subsided, roughly 2-3 hours after the time of administration. The risk of a poor outcome due to temporarily leaving the patient in atrial fibrillation was felt to be less than the risk of administering anticoagulation or rate-control medication, whose potential significant adverse effects would outlast the expectedly short duration of atrial fibrillation.4

Naloxone reverses opioid suppression of the sympathetic nervous system, and side effects are rare.1 However, cardiac arrhythmias including ventricular tachycardia have been demonstrated in human cases as well as animal studies.5,6,7 Our patient experienced atrial fibrillation, a dysrhythmia associated with increased adrenergic tone. It is imperative to closely monitor patients after naloxone administration, not only for its weaning effects and relapse into respiratory depression, but also its direct risk of acute opioid withdrawal syndrome.

Naloxone use for opioid overdose is not uncommon and is witnessed by many emergency physicians. It is necessary to understand the possible adverse reactions and effects that may occur after administration. The managing physician should be prepared for a sympathetic surge.8,9 We present a case demonstrating the rare complication of atrial fibrillation after opioid reversal with naloxone. The patient successfully recovered after attentive monitoring and supportive care.