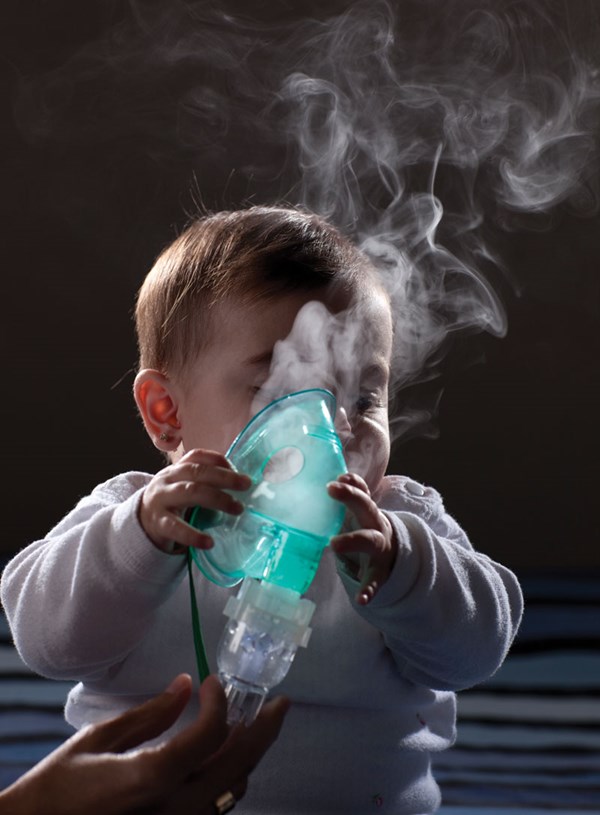 Barking Up the Wrong Tree: Not all Stridor is Croup 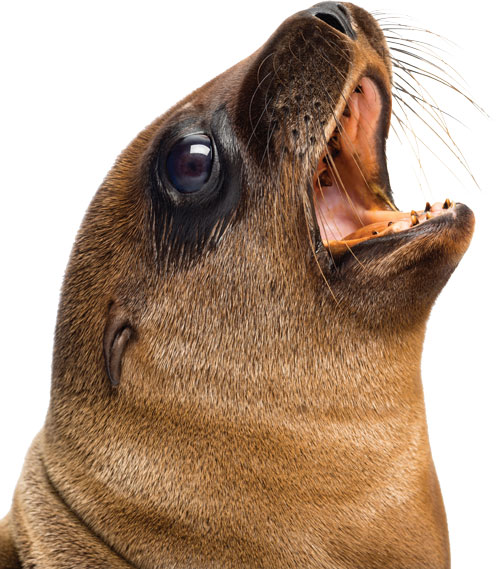 Although a common presenting symptom, stridor can be the first sign of a serious and potentially life-threatening condition within the pediatric population. Stridor is a variably high-pitched sound resulting from turbulent airflow due to partial airway obstruction. Inspiratory stridor generally results from obstruction above the glottis, expiratory stridor is caused by obstruction in the lower trachea or peripheral airways, and biphasic stridor is indicative of partial obstruction at or immediately below the glottis. Children with stridor signifying acute airway obstruction may appear surprisingly well despite being on the verge of cardiopulmonary collapse. This risk of clinical deterioration means a thorough history and physical examination is crucial in the assessment of any child presenting to the emergency department with stridor.

The patient's age, symptom onset, and duration of stridor provide important clues for narrowing the differential.1 From the newborn period up to 6 months of age, vocal cord paralysis and congenital anomalies are more likely. Causes of stridor that occur in patients aged 1 to 4 years old include laryngotracheobronchitis (croup), epiglottitis, and foreign body aspiration.2 Children presenting with acute onset of stridor are more likely to have an infectious or inflammatory process or foreign body aspiration. Chronic stridor is usually traced to an underlying structural anomaly.3 Additional history including history of prior endotracheal intubation or previous surgeries is also important in determining the underlying cause of the patient's symptoms. Significant airway obstruction can lead to poor feeding due to work of breathing and subsequent failure to thrive. Precipitating or alleviating factors (eg, crying, positional changes, feeding, or time of day) further help narrow the differential.1

Plain radiographs provide a quick, safe, and inexpensive way to further evaluate the airway. Anteroposterior and lateral views of the chest and dedicated films of the neck are the preferred imaging studies.2,3 Plain films may help to identify foreign bodies; however, it is important to keep in mind that many foreign bodies aspirated by young children are radiolucent and will not be easily visualized on radiographs.4 If the clinical suspicion for foreign body aspiration is high, inspiratory and expiratory films can be obtained, looking for air trapping beyond the site of obstruction. This would result in a hyperlucent lung field on the ipsilateral side of the foreign body obstruction and a shift of the mediastinum to the contralateral side. Obtaining these images is of course dependent on the child's age and ability to cooperate. Other classic signs seen on radiograph include the classic steeple sign (croup), a thick, rounded epiglottis known as the thumbprint sign (epiglottitis), or thickening of prevertebral soft tissue (retropharyngeal abscess).2

Complex imaging modalities like computed tomography (CT) or magnetic resonance imaging (MRI) can help visualize the underlying pathology in more detail and may be necessary if surgical intervention is indicated. Sometimes, direct visualization of the airway with laryngoscopy is necessary to confirm the diagnosis. Complex or refractory causes of stridor often require a multidisciplinary approach including consultation of the otolaryngologist, pulmonologist, and/or gastroenterologist.

Infants may be obligate nasal breathers from approximately 3 months to 6 months of age. Stertor is often confused with stridor in this age group. Stertor refers to nasopharyngeal obstruction causing a snoring or snorting sound. This is common in neonates and young infants with bronchiolitis or upper respiratory infection.

Choanal atresia, while relatively rare, is the most common congenital nasal anomaly and is associated with CHARGE syndrome.5 Bilateral choanal atresia is associated with increased neonatal mortality. Clinically, these newborns will have respiratory distress, cyanosis, difficulty with feeding, and aspiration.1 Unilateral choanal atresia may go undiagnosed for years and typically does not cause any symptoms unless the other nare is also obstructed (eg, with a foreign body or significant nasal congestion).2

Macroglossia is often associated with Beckwith-Wiedemann syndrome, trisomy 21, glycogen storage disease, or congenital hypothyroidism.1 Particularly in children with trisomy 21 who have decreased muscle tone affecting the pharyngeal muscles, there is an increased risk of upper airway obstruction as the tonsillar and adenoid tissues enlarge in early childhood.5

Micrognathia is a classic feature of Pierre-Robin sequence, Treacher Collins syndrome, and Hallermann-Streiff syndrome.2 It is defined by a small lower jaw causing posterior displacement of the tongue and subsequent pharyngeal obstruction. This obstruction is positional and stridor will occur in the supine position.

Lingual thyroid results from failure of descent of the thyroid gland from the base of the tongue. It presents later in childhood as an intermittent sensation of foreign body in the throat.7 A thyroglossal duct cyst arises from the remnants of the thyroglossal duct. Both often require advanced imaging and definitive treatment is surgery.1

Retropharyngeal and peritonsillar abscesses may present with fever,
drooling, dysphonia and dysphagia. Stridor develops due to edema of the hypopharynx.2 Age and physical exam findings can help differentiate the two. Retropharyngeal abscess is commonly seen in infants and children younger than 5 years old. These patients often appear toxic, speak in a muffled voice, and prefer to keep their neck hyperextended. Peritonsillar abscess is seen in the adolescent population, and trismus, prominent tonsillar fluctuance, and uvular displacement are classic physical exam findings.1,2

Croup is the most common cause of acute stridor in childhood and is commonly caused by parainfluenza virus, influenza virus, respiratory syncytial virus, or rhinoviruses.9 It is most common in children between 6 months and 6 years, with peak incidence between 1-2 years of age.2 In most cases, croup is preceded by an upper respiratory illness, followed by the typical symptoms of low-grade fever, the classic “seal-like” barking cough, and inspiratory stridor. Symptoms are typically worse at night. A radiographic steeple sign confirms the diagnosis, though the diagnosis is most often made clinically. Recurrent croup can be a sign of an underlying anatomic airway problem and should be thoroughly evaluated.3

Spasmodic croup may mimic viral croup, but it is not usually preceded by an upper respiratory infection and occurs in older children. It is characterized by sudden onset and resolution of symptoms at nighttime. Triggers may include gastric reflux, allergies, or psychological factors.2,9

Epiglottitis has become a rare disease in developed countries thanks to the widespread use of the Haemophilus influenzae type B vaccine (Hib). It usually occurs in children between 2 and 7 years old. The classic presentation is high fever, irritability, and the “4 Ds” – drooling, dysphagia, dysphonia, and dyspnea.1 Cough is usually absent. Stridor is a late finding and a sign of impending complete airway obstruction. On exam, the child will appear anxious, still, and may prefer to sit in a “tripod” position with the neck extended. It is important to perform the physical exam with care to not provoke additional anxiety. In cases of severe obstruction, establishment of an airway may be necessary in a controlled environment, such as the operating room.9

Laryngomalacia is the most common cause of stridor in the neonatal period. Stridor typically develops in the first 2 weeks of life, becomes most pronounced between 2 and 4 months, and resolves by 1-2 years of age.9 The stridor is often high-pitched, inspiratory, and worse with feeding, crying, or lying supine. Children with mild symptoms should still be followed closely to monitor for appropriate weight gain. In addition, many children have associated gastric reflux that further contributes to feeding difficulties. In severe cases, surgical intervention may be necessary to relieve the obstruction. Diagnosis is made by laryngoscopy, which reveals a small epiglottis and prominent or redundant arytenoid tissue.9

Vocal cord paralysis can be unilateral or bilateral. Unilateral vocal cord paralysis is more common and may result from surgical trauma or compression by a mediastinal mass. Typically, the child will present with a hoarse and weak cry, but not stridor.2,3 Bilateral vocal cord paralysis is associated with neurological disorders such as perinatal asphyxia, intracranial hemorrhage, hydrocephalus, and Arnold-Chiari malformation. It can also result from direct trauma to the vocal cords during endotracheal intubation or deep airway suctioning.2,3 Children will present with biphasic stridor and marked respiratory distress.1

Laryngotracheal stenosis can be congenital or acquired. The most common cause is endotracheal intubation, particularly in low birth weight infants who remain intubated and ventilated for a prolonged period of time.10 Congenital causes can present gradually as the level of activity and respiratory demands increases. Biphasic stridor with or without respiratory distress is usually the presenting symptom. Treatment options range from medical management with racemic epinephrine and steroids to surgical repair.1

Subglottic hemangiomas are rare vascular tumors of the larynx, with more than 50% of children also having cutaneous hemangiomas. Symptoms typically develop after 4 to 6 weeks of life, with rapid proliferation over 3 to 6 months. Symptoms include biphasic stridor that worsens with crying due to vascular engorgement.3 These children may also have a similar “barking cough” that is seen with croup and will have a rapid relapse of symptoms after being treated for presumed croup.11 Diagnosis requires laryngoscopy, which shows a smooth, round, compressible mass usually in the posterior portion of the subglottic region. Treatment is with propranolol, which has replaced surgical resection and need for tracheostomy.1

Anaphylaxis can involve the airway, causing hoarseness and stridor because of mucosal edema. In children, the most common triggers are food allergens.1,2

Foreign body aspiration is a common cause of acute stridor in the infant or toddler. A history of aspiration or choking is present in a majority of these cases. Laryngotracheal foreign body will result in cough, dyspnea, and stridor. Foreign bodies further down the respiratory tract in the bronchial tree will present as cough, wheezing, and decreased breath sounds.2 Esophageal foreign bodies can also cause stridor via compression of the trachea.

Tracheomalacia is an anomaly of the tracheal cartilage that allows dynamic collapse of that structure during respiration. It may be due to an intrinsic defect in the cartilaginous tracheal rings or from extrinsic compression of the trachea. Children will present with expiratory stridor, wheezing, recurrent barking cough, or frequent respiratory infections.1,9

Bacterial tracheitis is a rare but potentially life-threatening infection caused by tracheal mucosa inflammation preceded by a viral upper respiratory infection. Initial symptoms may resemble viral croup; however, this will be followed by marked and rapid progression of symptoms including high fever and respiratory decompensation. It is commonly a polymicrobial infection, with Staphylococcus aureus being most frequent. Other species include Streptococcus pneumoniae, S. pyogenes, H. influenzae, and Moraxella catarrhalis.9 It is usually seen in children between the ages of 3 months and 6 years, with younger children having more severe symptoms because of a narrower airway. Most children require intubation for airway protection and lavage of obstructive pseudomembranes and secretions. In the emergency department, broad-spectrum antibiotic therapy should be initiated to cover for MRSA, gram-negative organisms, and mixed flora.9

Pediatric stridor is a symptom of upper airway obstruction whose etiology can range from a benign anatomic abnormality to impending airway collapse and respiratory failure. As such, any child presenting to the emergency department with stridor requires immediate attention and thorough evaluation by the emergency medicine provider.