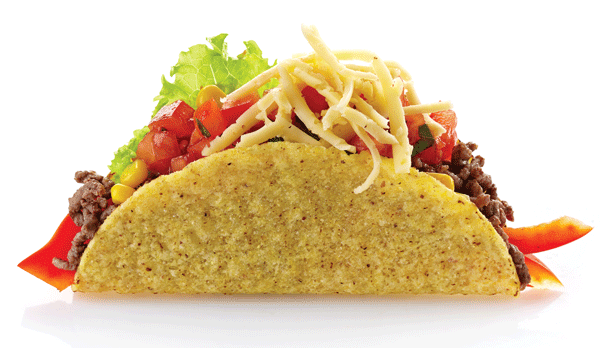 A 67-year-old woman with no known medical problems presents to the emergency department (ED) with severe anemia identified by her primary care physician. Bloodwork reveals a hemoglobin of 2.5 g/dL. The patient is consented for blood transfusion and her first unit of packed red blood cells (PRBCs) is started. Thirty minutes later the patient develops rapidly progressive shortness of breath and agitation. What should you do?

While transfusion reactions are a relatively rare event (0.24% of blood product administrations in 2011), they can be life-threatening and are often difficult to differentiate in the acute setting.1 Diagnosis of an adverse reaction will be made clinically based upon vital signs and physical exam. For this reason, the uniform initial recommendation is to stop the transfusion for any reaction. This is followed by supportive care with attention to airway, breathing, and circulation.

Initial testing should include a repeat type and screen of both donor and recipient blood, direct antiglobulin (Coombs) test, urinalysis for hematuria, CBC, BNP, and blood cultures, +/- chest xray.2 This helps to determine whether the clinical effects are due to inadvertent antigen mismatching, hemolysis, congestive heart failure exacerbation, or infection.

The most common reaction to blood product administration is a simple febrile reaction. This is suggested by the presence of a new fever, defined as a rise in temperature >1o C.3 If the fever is accompanied by back or flank pain, chills and rigors, or hypotension, febrile hemolytic transfusion reaction (FHTR) or transfusion-associated sepsis (TAS) must be considered.

FHTRs are caused by the destruction of donor RBCs by preformed circulating recipient antibodies. The most serious form is due to ABO incompatibility, with human error being the most common cause.2 However, FHTRs from non-ABO incompatibility are increasing in frequency. It is important to realize that FHTRs can be fatal. The mortality rate correlates with the type of antibody causing the reaction and the amount of blood infused.4

TAS is secondary to bacterial growth in a stored blood product. Yersinia enterocolitica is the most common organism in packed RBCs because it grows optimally at the 1-6 oC temperature at which these products are stored. However, platelet transfusions have a higher risk of TAS overall because they are stored at room temperature.3

In either case, initial management includes stopping the transfusion. Intravenous fluids may be given, but vasopressors may also be required for hemodynamic support. As maintaining renal perfusion is the primary goal during hemolytic reaction, furosemide as well as crystalloids may be used to induce forced diuresis. 3 In TAS, empiric antibiotic coverage can include vancomycin and a broad-spectrum beta-lactam such as piperacillin/tazobactam.

The second most common adverse events that are seen are allergic reactions to blood product transfusions. These can range from mild reactions, with urticaria alone, to anaphylaxis. The latter is more common in IgA-deficient individuals who have developed IgG antibodies to IgA.2 Anaphylaxis may be difficult to differentiate from a hemolytic reaction in the acute setting, because the latter may not present with fever. Treatment again starts with stopping the transfusion. If there is urticaria alone, diphenhydramine may be given and the transfusion restarted 20 minutes later if symptoms improve. If further evidence of multiple system involvement develops, it may be treated as any anaphylactic reaction. Future transfusions should be performed with washed RBCs.3 In 2011 in the United States, the incidence of transfusion-associated anaphylaxis was 1:13,843.1

TACO is essentially a CHF exacerbation from the acute increase in intravascular volume.2 At-risk populations include the elderly and those with pre-existing cardiac disease. Preventative strategies could include transfusing units over a longer period or administering concomitantly with diuretics.

TRALI is described as a non-cardiogenic pulmonary edema thought to be secondary to increased vascular permeability because of host neutrophils that become activated by substances in donated blood.5 Though the reaction will often resolve spontaneously over days, the patient may require intensive airway support, including intubation, until it does. 2 Diuresis is generally less effective in cases of TRALI.

Emergency physicians should also be aware of the delayed reactions to blood transfusions, in which patients may present to the ED up to 10 days after a transfusion. Delayed hemolytic reactions are usually less severe than their acute counterpart. They represent the recipient's development of antibodies to a pre-exposed antigen in the donor product.

Graft vs host disease occurs in immunocompromised hosts who are exposed to healthy lymphocytes in donated blood. These donated competent lymphocytes attack recipient tissues and are not able to be repelled by the host's weakened immune system. Signs and symptoms can include rash, fever, elevated transaminases, jaundice, nausea, vomiting, and pancytopenia. Treatment is the same as in an acute scenario, but unfortunately, the best management strategy is prevention because the mortality is >90%.3

It is worth mentioning that the increasingly complex screening of blood products has resulted in very low transmission rates for hepatitis and HIV. However, exact numbers vary based on source. One recent review quoted an incidence of transfusion-associated hepatitis B as 1:357,000 and HIV of 1:1,500,000 in the United States.6 Though small, the risk is not zero — and this information should be included as a part of informed consent prior to transfusion.

During her ICU stay, echocardiogram demonstrated diffuse hypokinesis with an ejection fraction of 25-30%. The cardiology consultant felt the patient had pre-existing high output heart failure secondary to her chronic severe anemia, which was exacerbated by the acute volume expansion from blood product administration.

The patient received a total of 6 units of blood during her hospital stay; each unit was given over 6 hours with furosemide ad-ministered afterward. She was ultimately extubated 2 days after admission and eventually discharged home.