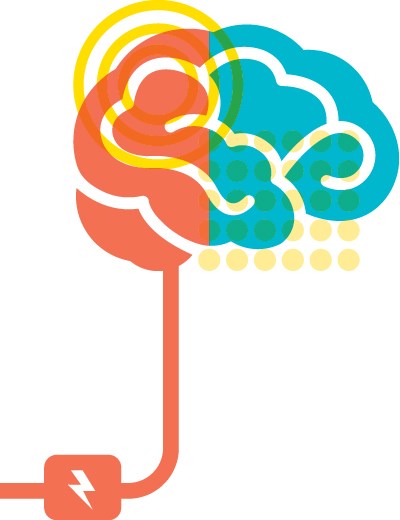 A 38-year-old African American male abruptly develops left anterior chest pain followed seconds later with left arm and leg weakness while waiting at a bus station at 13:45. He arrives via EMS at 14:30, at which time he reports steady chest pain, loss of left-side motor and sensory function, and loss of vision in his left eye. He denies any loss of consciousness or recent trauma, any history of prior similar events, seizures, or any significant psychiatric or medical history other than hypertension. His presenting vitals reveal only a mild tachycardia and a BP of 179/99. His glucose is normal, as is his EKG. His initial NIH stroke scale score is 12, and his exam includes slow comprehension, a left facial droop with diminished sensation, an absent left shoulder shrug, and lack of sensation and motor movement in the left upper and lower extremities. Hoover's sign* is positive, however. His syndrome is suggestive of a deficit involving the right middle cerebral artery (MCA). A stroke alert is called, and an emergent CT brain and chest x-ray are ordered. The chest x-ray is unremarkable, and CT shows no acute bleeding, hypodensities, or loss of gray-white differentiation. He is subsequently treated with intravenous (IV) thrombolytic therapy, admitted to neurology, and later taken for MRI imaging.

Background
In 2008, stroke dropped from the third to the fourth leading cause of death in the United States, likely due to advances in management, particularly early intervention. The 2013 AHA/ASA Guidelines for early management (48 hours since onset) of acute ischemic stroke provide recommendations for limiting the morbidity and mortality associated with stroke. Highlights from these guidelines are discussed here, in addition to the initial ED management of stroke. Also discussed are common stroke mimics, their clinical prevalence, and the safety of treating mimics with thrombolytic agents.

ED management of acute ischemic stroke
A consensus panel of the National Institutes of Neurological Disorders and Stroke (NINDS) established time-based goals for the evaluation of stroke patients in the ED:1

The main components of the initial evaluation of a potential stroke patient include the ABCs, determining time of “last seen normal” or symptom onset, identification of comorbidities and medications, assessment of neurological deficits using the NIH Stroke Scale, a fingerstick glucose, and a non-enhanced computed tomography (NECT). The goals of this quick assessment are to determine candidacy for thrombolytic therapy or intervention, identify any likely etiologies, and to exclude stroke mimics. Causes of mimics include, but are not limited to, hyper- or hypoglycemia, seizure, complex or atypical (hemiplegic) migraine, hypertensive encephalopathy, psychogenic, CNS abscess or tumor, and drug toxicity.

History and physical
A history, which includes the time last seen normal, is critical because symptom onset defines the start of the narrow therapeutic window when assessing a patient's candidacy for treatment. The history must also include risk factors for stroke, recent trauma, medications, and toxins.

A physical exam is an invaluable tool for identifying potential causes or comorbidities. If an initial history and a brief exam suggest a stroke, the stroke protocol is activated and assessment using formal stroke scales, such as the NIHSS or Canadian Neurological Scale (although NIHSS is preferred) is performed. These scales can be performed swiftly and easily by most providers, can help to localize and quantify the deficit, and can be used to assess clinical improvement.

Although NECT is relatively insensitive in identifying new and small cortical or subcortical regions of non-perfusion and more sophisticated imaging modalities are available, it remains a reliable technique for identifying acute contraindications to thrombolytic therapy, particularly intracranial hemorrhage. It is performed emergently with any suspicion of stroke.

Vitals and biochemistry
Patients who present with a temperature >38oC are given an anti-pyretic because hyperthermia can increase oxygen demand and lower the brain's metabolic reserve in an already ischemic process. Chest x-ray and ECG are also obtained to identify any potential causes, including a widened mediastinum suggesting dissection, or an irregular rhythm suggesting an embolism-generating atrial fibrillation. Permissive hypertension is recommended because the ischemic brain's perfusion becomes dependent on cerebral perfusion pressure as auto-regulation fails acutely. Typically pressures up to 220/120 are tolerated. A small subset of patients with perfusion deficits may improve from pharmacologically-induced blood pressure elevation.

The criteria for use of vasopressors is unclear, although current guidelines suggest that a short period (30-60 minutes) of vasopressor infusion may help identify patients whose deficits resolve with treatment.1

Many laboratory tests are recommended as part of the initial stroke management, including serum electrolytes, CBC (with attention paid to the platelet count), cardiac markers, prothrombin time or international normalized ratio, and activated partial thromboplastin time. While all of these tests are important, a fingerstick glucose is the only laboratory component that is required prior to thrombolytic treatment.

Hypoglycemia is known to mimic stroke and seizures due to autonomic and neurological dysregulation. Hypoglycemia (typically < 60 mg/dl) is correctable with a slow IV push of 50% dextrose or oral glucose solutions.1 Hyperglycemia is also associated with stroke-like presentations, due to an induced hyperosmolar state. But beyond this, hyperglycemia is also connected with worse outcomes in acute stroke, including longer hospital stays and higher rates of death at 30 days, 1 year, and 6 years. Additionally, it has been shown to be an independent predictor for intracerebral hemorrhage.2 As many as 40% of patients admitted for acute stroke presentations have hyperglycemia; this is especially the case in patients with diabetes mellitus.2,3

Thrombolytic therapy
In the absence of hemorrhage on CT scan and alternative identifiable etiologies on history and physical exam, patients should be assessed for candidacy for thrombolytic therapy. Tissue plasminogen activator (tPA or rtPA – recombinant tPA) is the only FDA-approved treatment for ischemic strokes, which make up approximately 85% of strokes. Broad inclusion and exclusion criteria warrant further review by treating physicians, as complications from tPA treatment do occur. The major risk of treatment remains sICH (symptomatic intracranial hemorrhage), but additional risks include both major and minor systemic bleeding, anaphylaxis, and angioedema. Notwithstanding the risks, the NINDS rtPA stroke trial and international community-based SITS registry covered hundreds of centers worldwide and supported the overall safety of tPA when given within the three-hour window from symptom onset.

Stroke mimics: Incidence, etiology, and safety with thrombolytics
The disparity in how stroke mimics are classified leads to a wide gap in reported incidence. Winkler, et al., report 3% of 250 patients treated with thrombolytics were identified as stroke mimics, with seizures identified as the most frequent etiology.4 There were significantly fewer complications for mimics treated with fibrinolytics than there were with ischemic stroke patients.

In a review of 512 patients treated with IV thrombolysis by Chernyshev, et al., 21% were later determined to be mimics.5 The diagnosis of a mimic in this study was the absence of alternative diagnoses or cerebral infarction on imaging. Most of the stroke mimics had a final diagnosis of seizures, complicated migraines, or conversion disorders. None of the stroke mimics in this study had sICH, and 87% were functionally independent at discharge.5

A recent retrospective cohort study of stroke patients performed by Zinkstok, et al., was based on 12 European Centers and 5518 patients. In this study, 1.8% of patients were ultimately diagnosed as having a stroke mimic.6 Patients were determined to have a mimic when their clinical workup did not suggest vascular or alternate diagnoses. However, stroke was the default if history, examination, and disease progression suggested intracerebral vascular pathology, or if patients had nonspecific clinical features that could not be explained by a stroke mimic. Of the mimics, 81% were diagnosed with epileptic seizure, psychogenic disorder, or migraine.6 Other causes included demyelination, encephalitis, or brain tumor. For patients with stroke mimics treated with tPA, the sICH rate was estimated between 1-2%. When compared to those with true strokes, whose sICH rates were estimated between 5.5-7.9%, this represents a statistically significant difference. While the complication rate for tPA administration among mimics was not zero, it was considerably less than that seen in patients with true stroke.

Differentiating stroke from mimic
In the same study by Zinkstok, et al., global aphasia without hemiparesis (GAWH) was found to be more common in stroke mimics. However, differences in NIHSS between true stroke and global aphasia without hemiparesis were not distinctive enough to reliably differentiate the two etiologies, though there tended to be a lower score for patients with GAWH.6 The lower scores can be attributed to the fewer points being assigned to paresis. Ultimately this European cohort study suggested that stroke mimics were more common in younger patients, female patients, and those with fewer risk factors, except smoking and previous stroke or TIA.6

Summary
In patients presenting with stroke-like symptoms, rapid action by the ED physician includes the ABCs; an accounting of all symptoms; obtaining a history, which should include time of onset or last seen normal; a brief physical exam; activation of the stroke protocol; and  imaging to evaluate for hemorrhagic stroke. Vital signs, glucose, EKG, and chest x-ray are also performed to determine comorbidities or potential causes. History, physical exam, and ancillary tests also help identify stroke mimics. Most stroke mimics are eventually diagnosed as seizures, complicated migraines, or psychosomatization, but few diagnostic clues reliably differentiate a stroke from an impostor.

The benefit of early therapy with thrombolytics must be weighed against the risks, and patients should be screened for candidacy of treatment. The major risk of thrombolytics is intracerebral hemorrhage; however, in stroke mimics, current studies show a low risk of complications.

Patient case follow up
MRI imaging and further workup do not show ischemia or hemorrhage, and clinical improvement is eventually achieved. There  were no adverse effects from tPA administration. Further investigation of the patient's records revealed a recent admission to a psychiatric facility for schizophrenia and documented non-compliance with psychotropic medication. His discharge diagnosis was right MCA distribution syndrome of psychogenic etiology.

Hoover's sign is a means to assess organic from non-organic (functional or lack of effort) causes of paresis. Normally, in the supine patient, flexion of the affected straight leg at the hip causes an extension (or pushing down) of the normal leg that the examiner can feel under the normal heel. The test in this case is positive because when the patient was asked to flex his affected left leg, the contralateral leg did not push against the bed, indicating a lack of effort – a positive Hoover's sign.