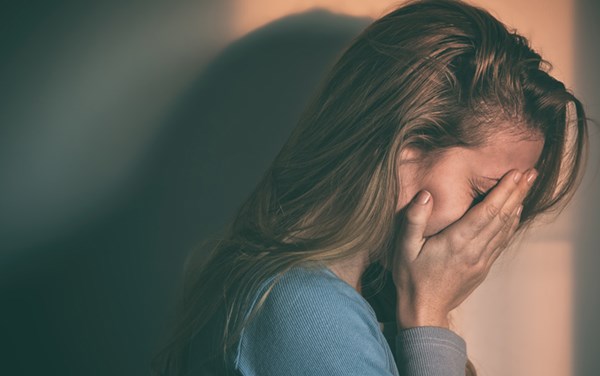 A 24-year-old woman with a history of bulimia and depression is brought to the emergency department by ambulance. The patient is agitated and unable to give much history. She has an episode of emesis soon after arrival and complains of “bugs crawling” on her skin. An empty bottle of extended-release bupropion was found at her apartment. Initial vital signs are T 37.5 BP 135/85, HR 125, RR 22. Thirty minutes after arrival, the patient's nurse informs you the patient is now seizing.

Seizures are dose-dependent, occurring most commonly with ingestions greater than 2.5g or in patients with lowered seizure thresholds.

Bupropion is an atypical antidepressant, popular because of its efficacy in treating depression with a lower incidence of the sexual side effects of other antidepressants.1 Bupropion is also widely used as a smoking cessation agent.2 Off-label indications include weight loss and attention deficit hyperactivity disorder.3 Bupropion is also a drug of abuse, purported to offer a cocaine-like high when crushed and insufflated.4

A monocyclic aminoketone, bupropion shares structural similarity to cathinone, a naturally occurring amphetamine analogue found in the leaves of Catha edulis, the plant from which illicit synthetic cathinones (“bath salts”) are derived (Figure 1).5 Bupropion is usually prescribed in extended release formulations and has active metabolites that contribute to a biologic half-life of up to 50 hours.6 The primary method of action is inhibition of the presynaptic reuptake of dopamine and norepinephrine.

Most bupropion exposures are mild, with symptoms including tachycardia, agitation, nausea, and vomiting. Severe symptoms may include seizures and dysrhythmia. Most minor symptoms resolve within 24 hours, but may take up to several days for large ingestions of extended release preparations.7

Seizures are dose-dependent, occurring most commonly with ingestions greater than 2.5g or in patients with lowered seizure thresholds (Table 1).8 Onset is typically within hours of ingestion but can be delayed up to 24 hours, particularly with sustained release preparations.7 A common neurologic prodrome may include agitation, tremors, and hallucinations.8 In rare cases, bupropion overdose has led to status epilepticus.7

Cardiotoxicity is rare, but both QTc prolongation and QRS widening have been reported with the potential to progress to ventricular arrhythmias and arrest. It was previously thought that sodium channel blockade was responsible for this effect; however, one animal study suggests that disruption of gap junctions between cardiac myocytes is involved.9,10

As with most toxic states, monitoring and supportive care are essential. Activated charcoal and gastric lavage may be considered for patients presenting within 60 minutes and with low aspiration risk. Whole bowel irrigation may be considered for large ingestions of long-acting preparations.11 Successful use of intravenous lipid emulsion therapy has been reported for a toxic ingestion progressing to cardiac arrest refractory to advanced cardiac life support.12 Charcoal hemoperfusion has also been reported favorably, but lack of availability renders it an impractical option for many.13 Due to the possibility of delayed toxicity, asymptomatic children who accidentally ingest more than 10mg/kg should be observed for no less than 14 hours.14

For seizures, treatment with benzodiazepines is indicated. If necessary, barbiturates and propofol may be considered for refractory seizures.11 Regarding cardiotoxicity, sodium bicarbonate has been employed to narrow widened QRS complexes, with mixed results.9,10

Table 1. Risk Factors for Development of Seizures while using Bupropion7,8

Figure 1. Comparison of Bupropion Structure with Amphetamine and Cathinone

Intravenous lorazepam is administered and the patient has no additional seizures. She is admitted for continued observation and her toxidrome resolves within 24 hours without sequelae.