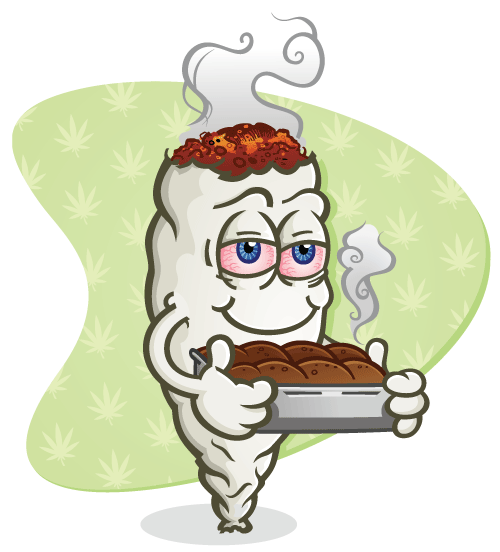 "The munchies” is a common term familiar to both casual and chronic marijuana users that amusingly describes the appetite-stimulating effect of cannabinoids. In medicine, this effect is desired and often therapeutic in patients experiencing nausea and vomiting from chemotherapy or loss of appetite from a chronic disease. Paradoxically, as recreational cannabinoid use continues to increase, so too does a relatively new phenomenon known as Cannabinoid Hyperemesis Syndrome (CHS), which can be thought of as “the anti-munchies.”

CHS was first described in South Australia in the early 21st century, when a few internal medicine physicians sought to explore an apparent association between chronic cannabis abuse and cyclic vomiting syndrome.1 Since this initial observation in 19 patients, many more cases have been reported in the literature. Patients with CHS frequently and repeatedly present to the emergency department (ED); thus it is important for emergency physicians to have increased awareness of this disease process.

CHS is a recurrent disorder in chronic cannabis users that is interspersed with symptom-free intervals. It is described in 3 phases: the prodromal phase, the hyperemetic phase, and the recovery phase.2 During the prodromal phase, which can last months to years, patients may report intermittent nausea and vomiting that is typically worse in the morning. However, appetite remains normal and eating patterns remain consistent.

The hyperemetic phase is characterized by intractable nausea and vomiting, inability to tolerate oral intake, profound dehydration, and weight loss. As one can imagine, patients typically present to the ED repeatedly during this time. They often undergo extensive diagnostic workups that are largely unrevealing. An unusual phenomenon during the hyperemetic phase is a proclivity for compulsive hot water bathing. The hot water seems to acutely alleviate symptoms, so much so that patients have burned themselves with attempts to relieve their discomfort.1

The recovery phase, which can last for days to months, is associated with near-resolution of symptoms and a return to baseline eating and bathing habits.

The exact mechanism of CHS is largely unknown, although there are several proposed theories. Î”9-tetrahydrocannabinol (THC) is the primary metabolite of cannabis and binds to two types of receptors: CB1 and CB2. The anti-emetic effect of THC appears to be largely mediated by CB1 receptors in both the brain and the intestinal tract via stimulation of appetite, inhibition of gastric acid secretion, lower esophageal sphincter relaxation, and altered intestinal motility.3,4

CB1 activation in the gut, however, appears to significantly reduce gastric motility and gastric emptying, which in chronic users could potentially override the centrally mediated anti-emetic effects in the brain and lead to hyperemesis. Additionally, cannabis metabolites are extremely lipophilic, and a large reservoir of THC in the adipose tissue of chronic users may lead to increased sensitization and paradoxical nausea and vomiting during times of stress.

Chronic marijuana use may also disrupt brain pathways responsible for keeping a balanced equilibrium of satiety, thirst, and thermoregulation, particularly in the hypothalamus.1 The learned and compulsive hot shower behavior may actually serve to “reset” the internal thermostat, thus providing temporary relief.

Unfortunately, CHS remains a diagnosis of exclusion and is often unrecognized, especially during initial presentations. In one case series, an average of 7 ED visits occurred prior to diagnosis, with a delay in diagnosis of up to 9 years.5 Clinical history is the key to diagnosis, and patients with chronic abdominal pain or cyclic vomiting syndrome should be specifically questioned regarding cannabis use and bathing habits (Table 1). Patients with CHS are often young, otherwise healthy individuals who have a history of regular cannabis for many years, although cases have been reported with frequent cannabis use for less than a year.6

Abstinence from cannabinoids is the most effective treatment; therefore, treatment should focus on cessation education. Supportive therapy, although largely ineffective, typically serve as the mainstay of treatment during the hyperemetic phase. This includes anti-emetics and intravenous fluids for dehydration. Narcotics may be used for abdominal pain, but they may also worsen emesis. Acid suppression therapy is also reasonable, as some CHS patients have had esophagitis and gastritis diagnosed on esophagogastroduodenoscopy.2 Finally, several cases have successfully described the use of haloperidol and capsaicin cream as treatment modalities.7,8

Marijuana is the most commonly used recreational drug in the United States. Currently, 4 states and the District of Columbia have legalized marijuana for recreational use, with many others legalizing medicinal marijuana and decriminalizing penalties associated with cannabinoids. As marijuana arguably becomes more prevalent, and as the illegal stigma wears off, physicians are likely to see an increase in patients presenting with marijuana-related adverse effects. For example, the prevalence of “cyclical vomiting” has doubled in Colorado following marijuana legalization.10 Synthetic cannabinoid use is also on the rise and has been associated with CHS.9

Abdominal pain and vomiting is, for better or for worse, a frequent ED chief complaint. Increasing ED provider awareness of CHS will lead to improved recognition, improved treatment, and a decrease in unnecessary diagnostic testing.

*Essential for diagnosis is long-term cannabinoid use. Source: World Journal of Gastroenterology