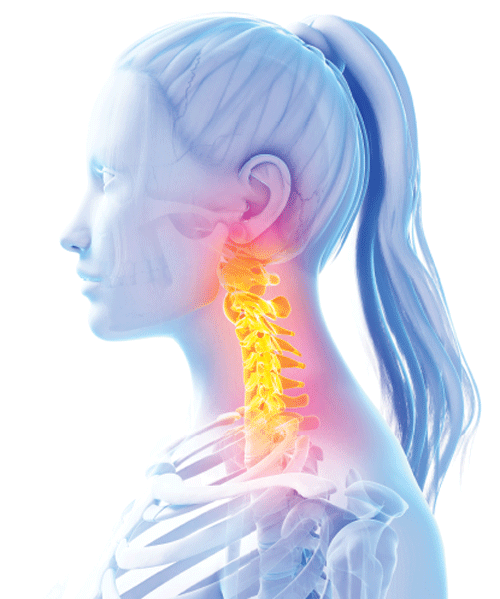 A 4-year-old boy is brought to the emergency department after a high-speed motor vehicle collision. He was the restrained backseat passenger of a vehicle that was rear-ended at 50 mph while stopped in traffic. On your initial examination, vital signs are significant only for tachycardia. GCS is 15, and he has no other obvious distracting injuries. He has a cervical collar in place and is crying hysterically. You find it difficult to discern if he has any midline cervical spine tenderness and begin to wonder: Does this patient need cervical spine imaging? If so, what type of imaging should be obtained? Can I apply the same clinical decision rules that I use in my adult patients?

Age-related anatomic differences and injury patterns, as well as difficulties with the physical exam, make clearing the cervical spine (C-spine) one of the most challenging aspects of pediatric trauma care. While cervical spine injuries (CSIs) are relatively rare in this patient population (<1%), they can be associated with significant morbidity and mortality.1 As an emergency physician, you must be proficient in evaluating pediatric patients for traumatic CSI.

The pediatric C-spine remains underdeveloped until at least 8 years of age, at which time it begins taking on characteristics of an adult C-spine.2 Young children in particular have larger and heavier craniums relative to their body size, resulting in a higher center of gravity and fulcrum for cervical motion (C2-C3 versus C5-C6 in adolescents and adults).3 In addition, their paraspinal musculature is underdeveloped, ossification centers have not yet formed, and interspinous ligaments have greater laxity. These characteristics place young children at a dangerously increased risk for higher level CSI and ligamentous disruption. Not surprisingly, 60-80% of all pediatric spine injuries occur in the C-spine, compared to adults, in whom CSIs comprise only 30-40% of all spine injuries.4

The most common causes of pediatric CSI include motor vehicle collisions (MVCs), falls, pedestrian accidents, and bicycle collisions, with MVCs spanning all ages but much more commonly causing significant CSI in young pediatric patients. Older children and adolescents are additionally at risk for sports-related CSI, diving incidents, and accidents involving other forms of motorized transportation.5

When evaluating a pediatric trauma
patient, it is also important to consider any other congenital or acquired comorbidity that may predispose them to CSI. Specifically, children with Down syndrome are at increased risk for C1/C2 subluxation due to their relative atlantoaxial instability and articular mobility. Isolated congenital vertebral anomalies such as os odontoideum (separation of the odontoid process from the body C2) can cause serious CSI from even minor trauma. Juvenile rheumatoid arthritis and osteogenesis imperfecta, as well as other rare predisposing medical conditions — Klippel-Feil syndrome, Larsen syndrome, and Morquio syndrome — should also raise one's suspicion for CSI in the appropriate clinical setting.6

Clinical decision rules such as the NEXUS criteria and the Canadian C-spine Rule are frequently utilized in adult trauma. Unfortunately, the Canadian C-spine study excluded all patients younger than age 16 and has not been validated in the pediatric population.7 On the other hand, the NEXUS study included 3,065 patients under the age of 18. In a subset analysis, the NEXUS criteria had a 100% sensitivity and a 19.9% specificity for detecting clinically significant CSI in pediatric victims of blunt trauma.1

Of these 3,065 patients, only 30 (0.98%) were found to have CSI. Of the 30 injured patients, only four were under the age of 9, and none were under 2 years of age. Thus, almost all of the pediatric CSIs in NEXUS occurred in older children. This could be explained by the fact that CSIs in young children are either extremely rare, or that they are extremely lethal. Most experts, including the study authors, conclude that it is reasonable to endorse the use of the NEXUS criteria in pediatric patients over the age of 8. For younger pediatric patients, for now, clinical acumen may need to play a larger role.

Once it is determined that further evaluation of the C-spine is warranted, the imaging modality must be selected. CT is not always the answer! In children who have a relatively benign mechanism but fail NEXUS, or who warrant imaging at the provider's discretion, plain films are often adequate to rule out clinically significant CSI. A two-view (AP and cross-table lateral) series of the C-spine provides 80% sensitivity. Particularly in a patient population at risk for high CSI, adding an odontoid view increases the sensitivity to approximately 90%.8 That being said, the biggest challenge in using radiograph to rule out C-spine fracture is obtaining adequate films. Plain films must fully evaluate the entire cervical spine through the C7/T1 junction. Of note, there is little evidence to support the use of flexion/extension films to rule out ligamentous injury in this patient population. If clinically suspected, it is prudent to obtain more advanced imaging.9

Despite concern for radiation exposure, CT of the C-spine does have a role in the following circumstances: inadequate plain films, suspicious findings on radiograph, fracture or displacement seen on radiograph, or if there is a high clinical suspicion based on mechanism, history, or physical examination.10,11 The sensitivity and specificity for CT is approximately 98% for a clinically significant C-spine fracture.12,13 Despite this increased sensitivity and specificity compared to radiograph, a 2004 study published in Emergency Radiology reviewed CT scans of over 600 pediatric patients under the age of 5 undergoing evaluation for cervical spine trauma. In this study, four CSIs were identified both on plain film and on CT. There were no instances where CT scan detected new fractures or dislocations that were not evident on plain films.14

Magnetic resonance imaging (MRI) also has a place in the acute evaluation of the pediatric C-spine. SCIWORA (Spinal Cord Injury without Radiographic Abnormality) is a commonly used term to describe objective findings consistent with spinal cord injury despite normal plain films or CT scan. Since MRI is significantly more sensitive in revealing spinal cord injury, ligamentous injury, and disc herniation, it should be considered for any patient with neurologic symptoms or significant persistent neck pain. Even transient neurologic symptoms should be evaluated, as up to 25% of affected children will go on to develop permanent neurologic symptoms.15 While there are obvious downsides to MRI — cost, time to obtain the study, and need for sedation in younger children — when it comes to diagnosing spinal cord injury, the benefits far outweigh the risk. Any trauma patient with a neurologic deficit should be transferred to a pediatric trauma center for early pediatric neurosurgical consultation.

As an emergency physician, you will be called upon to evaluate pediatric patients for traumatic CSI. The good news is that CSIs are quite rare in the pediatric population. The bad news is they can be associated with significant morbidity. While the use of clinical judgment is paramount for very young pediatric patients, the NEXUS Criteria for C-spine imaging has been widely accepted for older children. If a patient fails NEXUS but you still have a high clinical suspicion for CSI, consider plain films as an alternative to the higher radiation exposure of computerized tomography. If any neurologic deficit is present despite normal radiograph or CT, MRI is the imaging modality of choice.