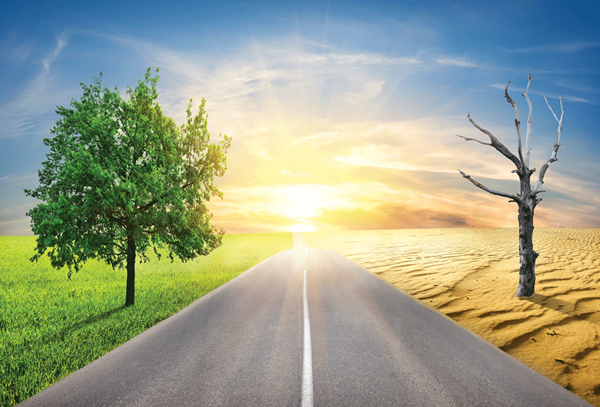 Whether it is in the classroom — or worse, in our caring for patients — eventually we will all experience failure and disappointment.

FAILURE. It's something with which we often don't have a great deal of experience, or something that we often ignore. Most of us have worked hard our entire lives to succeed and overcome, and for those of us just entering the medical profession, failure often yet hasn't been a part of our lives. After all, we wouldn't have made it this far if we didn't excel at jumping through hoops, making the grades, and continually striving to be the best we can be. However, life doesn't always go our way — eventually we will fail. We are not infallible. Whether it is in the classroom — or worse, in our caring for patients — eventually we will all experience failure and disappointment. As physicians, we are trained in how to deliver bad news to our patients, but how do we deal with being on the other side of the conversation? We've learned Kubler-Ross' stages of grief — denial, anger, bargaining, depression, and acceptance — but have we ever struggled through them?

I will never forget receiving the news. It was halfway through my third (and most difficult) year of medical school. I had just returned from a much-needed winter break and was settling into the first week of pediatrics. Inside of the small exam room, my little patient and I were startled by the piercing beep of my pager. Probably another misdialed number, I thought, having only received a handful of pages in the months since the device was assigned to me. Requiring students to carry pagers in an era of text messaging and smart phones always seemed more like a hazing ritual than a useful means of communication. Unfortunately, the page was intended for me; when I called it back, I was surprised to hear the voice of the OB/GYN clerkship director on the other end of the line.

I was informed that due to “professionalism issues” cited by one of the residents I had worked with for only a few days during the first week of the rotation, I would be required to do a month of remediation before I could receive a grade of conditional pass.

DENIAL. My stomach dropped. What had I done to deserve such a poor evaluation from someone whom I barely knew? Surely there must be some sort of mistake!

ANGER. It was no secret amongst my classmates that this was a malignant rotation. The residents were a miserable bunch and seemed to derive some sort of twisted joy from treating us like dirt. Professionalism?! How dare someone throw me under the bus and threaten my future success without ever speaking to me in person about their concerns? Now that's unprofessional. For the next several weeks, I couldn't think about the whole ordeal without my blood boiling.

What I thought I learned

The power disparity was striking. Multiple rounds of appeals yielded no results. In the eyes of my departmentally-affiliated arbitrators, the unsubstantiated claims of the resident would always trump the word of the student. I had been systematically denied the opportunity to speak face-to-face with my accuser in the presence of a mutual supervisor. I was confused and without an advocate.

BARGAINING. What could I have done differently? If only I had told everyone that I wanted to specialize in the field they had chosen for themselves. If only I had asked for more feedback. If only I had constantly reported the most mundane of my activities to the senior residents so that there was no question as to my whereabouts at all times. If only I had been more of a gunner and tried to steal patients and procedures away from the other students to show how truly interested I was. If only I hadn't accidentally nodded off for those 5 minutes during that one lecture. If only I had brought in more snacks for the residents, then they would have given me good reviews.

DEPRESSION. I felt helpless and alone. How on earth would I land my dream residency with this huge red flag on my application? Would years of achievement be overshadowed by a single evaluation? There didn't appear to be any light at the end of the tunnel.

ACCEPTANCE. The uncertainty and mental anguish associated with fighting a losing battle had taken its toll on me. For my own sanity, I had no choice but to accept my fate. I was done dwelling in the past. As my anger subsided and my perspective enlarged, I came to embrace that, in the grand scheme of things, it wouldn't kill me to do another month of OB/GYN. I felt it was unfair, but it was my best solution to move forward, which, by that point, in time was all I really wanted.

What I really learned (the road not taken)

If it weren't for the Netflix hit Orange is The New Black, I may have lived my entire life never understanding the true message of American poet Robert Frost's “The Road Not Taken.” A quick line of dialogue between the show's characters prompted me to revisit Frost's words for the first time in years. I had always believed that “taking the road less traveled” was a manifesto for breaking away from the crowd and blazing your own trail. I was amazed at how wrong I had been. There it was — in black and white — both paths appeared exactly the same. There was no road less traveled. The traveler made a choice between two equals. It is only “somewhere ages and ages hence” that he claims he took the road less traveled, which “made all the difference.” This isn't a story about individualism or adventure, it's a story of wanting to believe that the choices we've made and the experiences we've had were meaningful.

So what does this century-old poem have to do with my experience? What good could possibly come from experiencing failure early in my career? I've learned to take a step back to gain perspective when things seem overwhelming. I've learned to hold my head high in the face of adversity. I've made my challenges public so that other students can know that they are not alone in their own similar situations. I have been a confidant and a shoulder to cry on. I know in my heart that this experience has better equipped me for the inevitable challenges that the future surely holds. I have taken the road less traveled — I've become resilient — and it has made all of the difference.