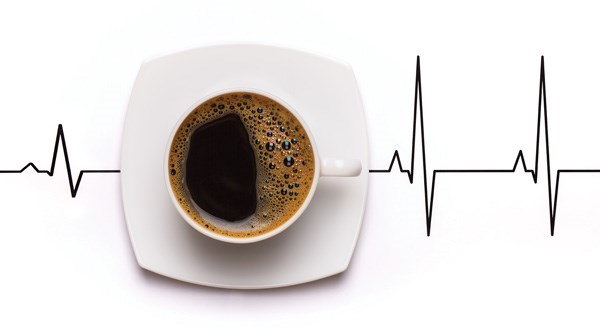 Today’s caffeine is not your mother’s caffeine. When overused, it is a toxidromic agitation that spirals toward death.

While you may think this is a bit dramatic, and perhaps it is, it only requires a quick Google search to realize the prevalence of fatalities tied to caffeine. This was prominently addressed on national news following the death of a South Carolina teen in May 2017 from caffeine overdose. But regardless of media coverage, the number of patients presenting with caffeine-related complaints to the ED is on the rise.

The Drug Abuse Warning Network found that from 2005 to 2011, the number of ED visits for caffeine increased from 1,500 a year to more than 20,000 – and that number has only increased since the study. Part of the reason is that we now live in an age of caffeine genetic engineering.

Take coffee, for instance: Over the past decade, there has been a push to place more caffeine in every cup. Ten years ago, the strongest cup of coffee you could buy at home was about 100mg of caffeine/12oz cup. The most recent strongest coffee, released in October 2017, is called Black Insomnia – and it packs in more than 700mg/12oz. Even this will likely be out of date by this article’s publication.

But the question remains: How much caffeine is too much?

Dose — or Overdose?
Well, there’s no easy answer. There is not an abundance of evidence on the topic. The few studies in existence all seem to agree the average 70kg adult can ingest about 400mg of caffeine per day before symptoms start to develop.

Key Culprits
While people think of energy drinks when they think of caffeine, most drinks available have less than 200mg of caffeine per drink. The real danger for caffeine overdose lies in powders and pills. Pre-workout powders often have between 300-500mg of caffeine per ounce, with pills usually containing about 300mg per pill. These industries are largely unregulated, and a very small overuse can lead to dramatic symptoms.

Jitters, and More
The symptoms of caffeine overdose are what you’d expect, and some you may not. Typically, it starts with agitation and tremulousness as well as GI upset that can cause extensive volume loss from vomiting. CNS toxicity finishes with an endpoint of seizure. Cardiac symptoms typically present with palpitations and are most commonly from sinus tachycardia or SVT but may be secondary to life-threatening arrhythmias as well. These all combine to create a profound hypotension and shock state that can lead to death. How can we as emergency providers intervene to stop this process?

Treatment Considerations
To understand that, we need a basic understanding of how caffeine works. Caffeine is a methylxanthine and is closely related to theophylline. Although it’s easy to get bogged down in details, remember just a couple things about how caffeine works.

First, it is a functional adenosine receptor antagonist, which is important because when you see a patient with SVT from caffeine, don’t bother with adenosine because the receptors are already saturated.

Second, it causes increase catecholamine release, which contributes to both CNS agitation and cardiac arrhythmias. Knowing this, we can tailor our treatment to our next patient with caffeine overdose.

Remember the “3 Bs” of caffeine treatment: bolus, benzos, and beta block. Use bolus crystalloid for significant GI losses, diuresis, and any hypotension the patient has. Treat with benzos for seizure activity and to decrease the catecholamine release contributing to cardiac symptoms. Finally, to really get the cardiac complaints under control, use a beta blocker to reduce the unopposed beta agonism of the catecholamine release (and don’t bother with adenosine).

Bottom Line
Remember to consider caffeine overdose, and use the “3 Bs” of caffeine treatment for your next patient who overdid the caffeine.