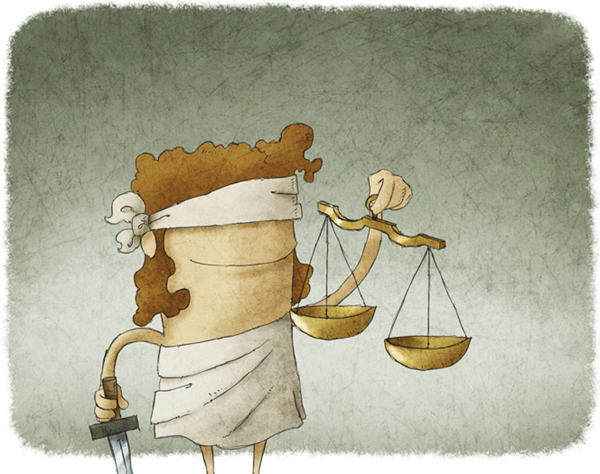 More than 75% of physicians will face a medical malpractice claim over the course of their career.1 This experience is often emotionally and financially taxing for health care providers, with legal fees alone averaging more than $17,130 per claim.2 It is therefore not surprising that as many as 90% of physicians report practicing defensive medicine.3 Accordingly, about 2.4% of all health care dollars are spent on liability-related costs annually,4 which — by some estimates — is more than the amount spent on emergency care in the U.S.5 By reducing costs associated with litigation and defensive decision-making, tort reform has the potential to save the health care system $64 billion over the next 10 years.6

For years, tort reform efforts at the federal level have focused on establishing a legal upper limit on non-economic damages, a strategy commonly referred to as “capping.”7,8,9 The aims were to minimize the financial incentives for lawyers to pursue frivolous claims, which would — in theory — lower medical malpractice premiums for providers. However, these reform efforts have generally not been politically viable at the federal level due to the opposition of powerful special interest groups.10 Meanwhile, individual states that have implemented payout caps have experienced mixed results; some failed to demonstrate a clear correlation between these caps and health care spending.11,12,13 Consequently, proponents of reform have recently embraced more sophisticated models.

One alternative involves the creation of legal “safe harbors.” This approach aims to lower health care costs and improve patient care by protecting physicians who adhere to clinical guidelines. A recent pilot study in Oregon projected that a safe harbor model of tort reform would reduce medical liability costs by over 5%.14,15 Another study found that legal safe harbors would reduce regional practice variation and lead to overall improvements in health care quality.1,26

The concept of utilizing legal safe harbors in medical malpractice reform was recently introduced in the U.S. House of Representatives. The “Saving Lives, Saving Cost Act” (H.R. 4106) was proposed on February 27, 2014 by Representatives Andy Barr (R-KY) and Ami Bera, MD (D-CA). The Act's primary components include: (1) the requirements for guideline development, (2) the process for removing cases to federal courts, (3) the establishment of independent review panels, and (4) the creation of legal safe harbors for physicians.17,18

H.R. 4106 requires eligible professional organizations, such as ACEP, to design evidence-based clinical practice guidelines that adhere to the Institute of Medicine's Standards for Developing Trustworthy Guidelines.19 These guidelines would then be submitted to the Department of Health and Human Services (HHS) for review. The designated professional organization would be responsible for periodically maintaining and updating the guidelines as new evidence emerges. All of this material would be available free-of-charge online through the National Guideline Clearinghouse.

The idea of clinical practice guidelines is not a new concept, and ACEP has already adopted nearly 20 evidence-based policies that influence clinical practice and training, covering topics ranging from pulmonary embolism to opioid use (see www.acep.org/clinicalpolicies).

The majority of medical malpractice cases are currently litigated in state courts. During these proceedings, both sides often hire expert witnesses to testify and, eventually, the judge or jury determines the standard of care on a case-by-case basis. This process of determining the standard of care is limited by the decision-maker's lack of medical knowledge; the highly variable quality of expert witnesses; and reliance on diverse, and sometimes conflicting, sources of information.

H.R. 4106 attempts to circumvent this dilemma by creating a “safe harbor” for physicians in federal court. Once the case is in a federal district court, the physician would be able to claim adherence to the applicable clinical practice guidelines, after which the court would be required to suspend the litigation and refer the case to an independent medical review panel.

The medical review panel would be composed of three experts in the relevant field of clinical practice who are (1) board-certified, (2) recently actively engaged in clinical practice, teaching, or research, (3) approved by the clinician's specialty society, and (4) preferably from the region where the case originated.

The medical review panel would utilize the applicable clinical-practice guidelines as the standard of care to evaluate physician conduct. This provision would, in effect, create a national standard of care that would avoid the case-by-case approach currently utilized by the state courts. The review panel would also be able conclude that deviations from the clinical practice guidelines were appropriate in individual circumstances.

If the independent medical review panel determines that the physician acted in accordance with the clinical-practice guidelines, the panel's findings would be “received into evidence by the court” involved in the malpractice litigation (HR 4106). The court, in turn, would be obligated to dismiss the case in favor of the physician, unless the plaintiff could demonstrate by overwhelming evidence (“clear and convincing”) that the panel of medical experts erred.17,18

Status of the bill

H.R. 4106 has achieved seven co-sponsors in the U.S. House of Representatives, including three physicians. The Bill has been referred to the Committee on Energy and Commerce, and the Judiciary Committee for deliberation.17,18 Several organizations have already endorsed this legislation, including the American Congress of Obstetricians and Gynecologists (ACOG) and the Healthcare Leadership Council.20 This legislation is currently under review by ACEP.

Although there is growing support for H.R. 4106 in the medical community, malpractice reform is opposed by trial lawyer interest groups that are influential in the Democratic Party.21 As a result, it is unlikely that tort reform will be enacted this year given the current composition of Congress.

One recent analysis of safe harbors completed by the Urban Institute identified several potential difficulties associated with the development of clinical guidelines. The Institute found that the production of guidelines would be time-consuming and financially expensive.22 Additionally, it would be difficult to keep the guidelines up-to-date. The review concluded that “the speed of medical innovation may outpace the capacities of existing researchers and guideline writers to periodically review and revise them.”22

Advocates of the safe harbor approach to tort reform argue that the incentives and resources already exist to support the efficient development and revision of clinical practice guidelines. First, many professional organizations, including ACEP, already have a mechanism for producing and revising clinical guidelines. Additionally, the Affordable Care Act (ACA) now provides financial incentives for the development and implementation of clinical guidelines and other quality measures.23 For example, under Medicare's Value-Based Purchasing Program, clinical policies that demonstrate improved patient outcomes and safety will receive higher reimbursements.23 Finally, significant federal funding is available for systematic reviews of best practices research through the Patient-Centered Outcomes Research Institute.14,24

Providing legal immunity for physicians who follow established clinical guidelines would create an efficient pre-trial mechanism for dispensing with frivolous litigation. The safe harbor model may also have a variety of other positive consequences, including promoting consistency and best practices through daily use of clinical guidelines, and helping control health care costs by reducing the practice of defensive medicine.