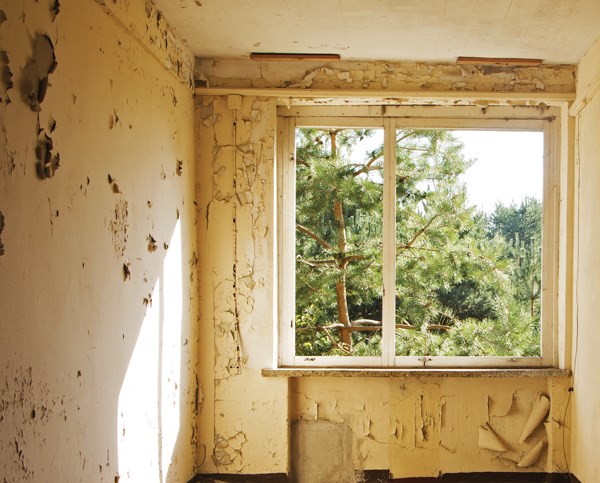 Dangerous Elements: The Story of Lead and its Toxic Effects

In the roaring twenties, New York City was known to have the United States' premier forensic toxicology lab. Appointed in 1918, Dr. Charles Norris became the city's first chief medical officer. With his own finances, Norris quickly recruited Dr. Alexander Gettler to be his chief chemist. The two were quite a team; Norris was a man “with a powerful flair for publicity and organization,”1 and Gettler was a “dark, cigar-smoking” famously dogged researcher.”2 Today, they are commonly regarded as the fathers of American forensic toxicology. One of their greatest achievements was shedding light on one of America's largest public health crises.The Norris and Gettler lab quickly burgeoned with the installation of a phone line that was available to the police 24 hours a day. Their operation screened thousands of suspicious deaths every year and performed autopsies in up to one-third of them.1 In the fall of 1924, the lab received a particularly noteworthy tip. A new gasoline additive was being manufactured in a Bayway, NJ refinery. Within three months, the building where tetraethyl lead (TEL) was being processed had come to be known as the “Loony Gas Building.” Of the 49 workers who worked there, 32 had been hospitalized for intoxication, and 5 of these men died. Their symptoms included intermittent fits of rage, memory loss, confusion, delirium, and convulsions.2 At the time, the agent causing these deaths was still uncertain.

Despite the more modern-day quandary in New Jersey, lead has actually been used since antiquity. It has been suspected as a toxin responsible for multiple historical incidents. The ancient Romans used it in their face powders, blush, mascara, paint, dishware, and as a wine preservative. In fact, a group of modern historians believe the decline of the Roman Empire was due in part to their lead plumbing. In the medieval age and renaissance, it continued to be used in dishware and paint. The Baroque painter Caravaggio is suspected to have died from lead exposure. Chastity belts were also frequently made from the heavy metal. Lead use declined for a century or so, but re-emerged as a mainstay during the industrial revolution in household paint, light bulbs, shoes, toys, and in TEL as an anti-knock additive for gasoline. In North America today, the most common sources of lead exposure come from household paint made prior to 1978, soil, water, moonshine, old firearms, and bullet cartridges.3 In other regions of the world, lead-based gasoline emissions continue to be a source of exposure. Patients with access to some of these sources should raise a red flag for the emergency physician evaluating the undifferentiated patient.

Lead can be inhaled, ingested, or absorbed transdermally. Lead is absorbed most rapidly as an inhalant; the previously mentioned Bayway TEL refinery tragedy is just one potent example history has provided. Lead can also be readily absorbed when ingested. Luminal absorption is enhanced in the presence of nutritional deficiencies. Transdermal absorption is the least effective and is typically negligible. After absorption, the cation then distributes to one of three compartments: intravascular, soft tissue, or bone. The half-life of lead in the blood is a few days to weeks. In the bone, the half-life is estimated to be approximately 30 years. Lead may be leeched from the bone during stressful events such as pregnancy; it is also released from osteoporotic bones. Lead is cleared renally, but excretion is limited.

Because of the absorption and metabolism of lead, lead toxicity can present either acutely or chronically. Regardless, it affects nearly every system. In the blood, lead disrupts porphyrin metabolism, leading to hemolysis and microcytic anemia. Basophilic stippling can be seen, but is rare and non-specific. Lead damages the proximal tubule of the kidney, resulting in Fanconi syndrome (a disorder of reabsorption of solutes, resulting in significant metabolic derangements). With prolonged exposure, it can lead to chronic kidney disease. In the reproductive system it can lead to fetal demise, premature rupture of membranes, or to male sterility. Probably the most commonly recognized sign is “lead lines,” or increased calcium deposition at growth plates. These will be most readily appreciated on x-ray at growth plates with the slowest growth rate, such as the proximal fibula or distal ulna.

Lead is perhaps most frequently thought of as affecting the nervous system. Findings in the peripheral nervous system, such as wrist or foot drop, are due to segmental demyelination and axonal degeneration that is most pronounced at the motor neurons. In the central nervous system, lead interferes with calcium homeostasis, resulting in uncontrolled neurotransmitter release. It also alters cAMP and protein phosphorylation, which leads to memory loss and learning deficits. Acutely, lead damages astrocytes, microvasculature, and the blood-brain barrier, leading to cerebral edema with the possibility of cerebral herniation.

Blood lead levels (BLL) are important in the management of acute lead toxicity. However, these can frequently be challenging to obtain; if they are sent, it is unlikely to get a result within a reasonable period of time. In acute ingestions, abdominal x-ray may prove helpful to evaluate for radiopaque foreign bodies and to determine the appropriateness of retrieval versus whole bowel irrigation with polyethylene glycol. If the emergency physician's level of suspicion is elevated in this scenario, a great deal of toxicity may be avoided.

The treatment for lead toxicity depends on severity. With encephalopathy or any BLL above 45 mg/dL, chelation is appropriate. Dimercaprol and edetate calcium disodium are the agents of choice. For asymptomatic adults with BLL between 70-100 mg/dL and for children with BLL 45-69 mg/dL, succimer is also appropriate. In all of these cases, it is important to assess for the source of exposure and remove it.

The lead issue was not revisited until 1948, when a graduate student at the University of Iowa named Pat Patterson attempted to calculate the age of the earth by assessing lead isotopes. Until his research, it wasn't known that lead was so ubiquitous in the environment. Unfortunately, he was taken away from delving further into lead pollution because he and his wife, Lorna McCleary, were sent to work on the Manhattan Project. Patterson later revisited the issue, proving that leaded gasoline caused toxicity. Because of its effects on humans and the environment, he became the champion for banning leaded gasoline. Nearly two decades later in 1965, he began to publish data on the harmful effects of lead. He went before Congress with his results, providing evidence for the Environmental Protection Agency's Clean Air Amendment in 1970, and in 1978 he was instrumental in the banning of lead-based household paint. Thanks to Drs. Norris, Gettler, and Patterson, the CDC now officially recognizes that there is no safe blood lead level.