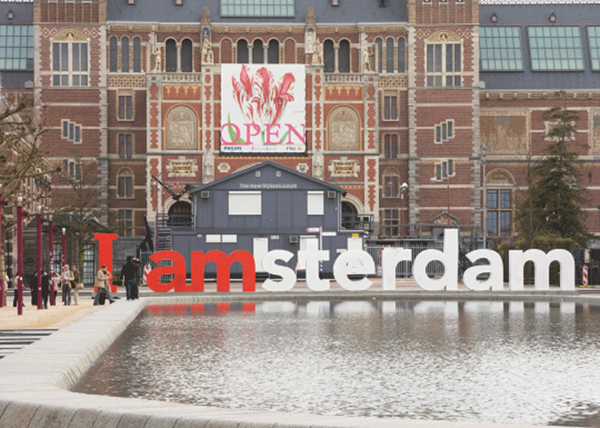 A 51-year-old female with hypertension calls EMS for palpitations. The crew arrives on the north side of town to a large, somewhat worn apartment complex. A family of 8 is crowded around a TV watching football. The crew takes a detailed history, exam, and performs an ECG. It is discovered that her blood pressure medicines have changed recently, and she has forgotten a dose. The patient has a systolic blood pressure of 204, and her ECG is normal. The crew gives her a dose of her losartan and contacts her primary care doctor, who happens to be on call this evening. The doctor agrees with not transporting her to the hospital and will call her in an hour to make sure she is doing well, and may make a house call later that evening if she isn't. The crew packs its equipment and discusses the plan with the patient. “Dankuvel,” the husband says, as he shakes each crewmember's hand.

I encountered the case above in May of 2015, while on a ride-along with Ambulance Amsterdam. It was a completely pedestrian occurrence. I was working at Onze Lieve Vrouwe Gasthuis, the hospital nearest center Amsterdam. Their spoedeisende hulp (emergency room; literally “speedy help”) sees about 47,000 patients a year – making it the largest and busiest emergency department in the Netherlands,1 consistently ranked as one of the best hospitals in North Holland.2 In 2012, 19.9% of all ambulance deployments in the Netherlands were classified as “first aid without transport,” meaning help was rendered on the scene, but the patient did not require transportation to the hospital.3 The decision to transport is largely left to the nurses staffing the ambulance and the primary care doctor on call – the result of a system that is heavily invested in primary care.

The Netherlands' health care system rests on the shoulders of the huisarts, who handle 95% of all episodes of care.

Health care in the Netherlands is in many ways similar to the U.S. It has ranked No. 1 in Europe between 2008 and 2014 by the Euro Health Consumer Index, which ranks systems based on outcomes, accessibility, and other measures. It has never finished out of the top three since the index was first published in 2005.4 Although the Netherlands has excellent outcomes and happy patients, it is not cheap – health care costs the second most per GDP among industrialized nations, or 12.9% in 2013.5 Per capita, they spent $6,145.6 The United States is the only country to surpass these numbers, spending 17.1% of GDP and $9,146 per capita.5,6

Superficially, the insurance system is similar to that initiated under the Affordable Care Act in the United States: It relies on mandatory insurance purchased from private insurers, with no exclusions for pre-existing conditions. However, the health care delivery system in the Netherlands excels in both quality and patient satisfaction, ostensibly due to prioritization of affordable, accessible primary care.

The Netherlands' health care system rests on the shoulders of the huisarts (literally house doctor, or general practitioner), who handle 95% of all episodes of care.7 Every patient must choose a primary care doctor, whom they can see for free, usually within a few days. Most have an “advice hour” during which patients can call and discuss care, perhaps saving a visit. Some huisarts continue to make house calls for those too immobile or ill to leave the house. After hours, there are on-call physician advice lines, as well as a huisartsenpost for walk-in visits at almost every hospital.

In addition to being accessible, the system is affordable for the average Dutch person. Everyone over age 18 living in the Netherlands is required to buy insurance. The average premium was $1,210 per year in 2014,8,9 and subsidies are available for those who qualify. Additionally, the system is supported by a tax on employers of 7.75% on incomes up to $56,575.8 After recent reforms, the patient is responsible for up to a $396 deductible annually.8 The system in every way is designed to motivate people to choose the appropriate care for their needs.

This focus on primary care makes a carefully considered hands-off approach to patient care possible. Dutch physicians are generally reluctant to order a single unneeded laboratory test, imaging study, or medication. For example, we saw a healthy 21-year-old male with two days of intermittent epigastric pain, normal stools, normal vitals, and a benign abdomen. I proposed some basic blood work and a stool guaiac to check for evidence of a bleeding ulcer. “They don't look anemic,” was the response (which was true). “They can see their doctor tomorrow if it is still bothering them. The huisart can order the blood work, urea breath test, ultrasound, or whatever else they think may be indicated.” This was a common occurrence and accepted practice in the emergency room; it freed a remarkable amount of time to deal with actual emergencies.

Back home in California, if I ask my patients to follow up with their doctor, they sometimes laugh. They often have wait times of 1-2 months. Why do my patients not have adequate access to primary care, despite the fact that most are insured? In the United States, not all health insurance is created equal.

My home emergency department saw 110,600 patients in 2014, 53% of whom were insured by Medi-Cal (California's Medicaid program).10 The Affordable Care Act drove a large expansion in the Medi-Cal program, and currently about 12 million Californians are insured under the program, though the state auditor recently criticized the state for being unable to guarantee enough medical providers for the program.11 A relatively small number of doctors (35% across all specialties) see 80% of the Medi-Cal patients.12 On self-reported surveys 57% of primary care providers claim they accept new Medi-Cal patients; however, when research assistants called a sample of these practices and posed as Medi-Cal patients, they were able to schedule appointments with only 33% of them.13 Why won't more providers see these patients?

Reimbursements under Medi-Cal are notoriously low; California ranks 48th in Medicaid reimbursement rates.14 Under the current fee schedule, a 15-minute visit with an “expanded problem focus” (CPT 99213) pays $24. At that rate, it is very difficult for a physician to pay staff and to keep the lights on, let alone make a living wage.15 The system is failing to provide accessible primary care to millions of our patients, and this often drives them to the ED.

It is a rational decision in response to existing incentives for Medi-Cal patients to come to the emergency room for their medical care. Patients in the Medi-Cal program pay up to $1 copay to see a primary care doctor, but there are few who will see them.16 They pay $5 to visit an emergency room, and that is only if the hospital determines they used the emergency room for a non-emergent service (otherwise the cost is $0).16 While patients can be turned away at will by primary care doctors, under EMTALA, we emergency physicians are required by law to see them.

If a primary care doctor orders a follow-up test after a visit, it often needs a “Treatment Authorization Request” which adds, on average, a 12-business-day delay, not counting mailing time, processing, and weekends/holidays.17 This is significantly longer than with other insurance payers, and it requires both the patient and physician to jump through paperwork hoops – with the continual possibility that the request may be denied. In the emergency room, tests get done within a few hours. A decision to wait 12 hours for a minor complaint is completely rational, given the above analysis. A visit to the emergency room is ultimately cheaper, easier, and faster for patients. If we were in our Medi-Cal patients' shoes, we would likely make the same decisions about where to access care, no matter how long the ED wait times are.

This lack of available primary care leads to many hidden costs; over-testing is one of them. This is not necessarily due to medico-legal concerns; San Joaquin Valley juries tend to be sympathetic to physicians, and my patients (for better or worse) have even more trouble accessing the legal system than the medical one. In the past 20 years there have only been approximately $30,000 in payouts from EM physicians.18 We order a lot of tests because we fear missing a deadly disease process – we aim to rule out and treat diseases that will cause significant morbidity or mortality in the next 24-48 hours. We want to make sure the patient makes it to the follow-up appointment, where the primary care doctor can take a look at the problem with the advantage of the tincture of time and the ability to schedule return visits, and attempt various therapies.

My fear, my tests, and my admissions go up exponentially the longer patients have to wait for follow-up. It is our duty to rule out acute emergencies, but what about the patients who cannot get in to see their doctor for another month? Can we order enough tests to make sure they are “set” for an entire month? If we miss a new diagnosis of ulcerative disease in a 21-year-old male and don't start him on treatment, what happens to him in the next month? Does he become severely anemic and require a blood transfusion? Does he perforate? Just how long must we, as emergency physicians, tide people over, order more tests, or admit a young man for an endoscopy, just because we're trying to offset inadequate follow-up? The emergency physician is placed in an expensive and dangerous trap. The system we have is expensive, and it is bad for patients and doctors.

It can be practice-changing to work in an environment with easy and prompt access to primary care, like the Netherlands. It made judiciousness in testing and treatment a virtue, not a liability. It allowed everyone from prehospital personnel to emergency physicians to focus on true emergencies. And the Dutch patients are satisfied with this approach: easy access to doctors and follow-up, quicker emergency room visits, and less unnecessary poking and prodding from phlebotomists and CT techs.

None of this is to say what works in the Netherlands will necessarily work here. We are a very different country than a largely homogeneous and healthy population living on reclaimed sea floor. But it is fascinating to look at what they have done and consider the possibilities. What does it look like if a health care system invests in physicians before tests? What if we actually reasonably reimbursed primary care providers, or offered incentives for appointments made within a week of request? Might our patients be a bit healthier? Could we stop trying to compress a one-month work-up into 15 minutes? And might both patients and physicians be just a little more satisfied with the whole thing?