What is your interpretation of the following 12-lead ECG rhythm strip? 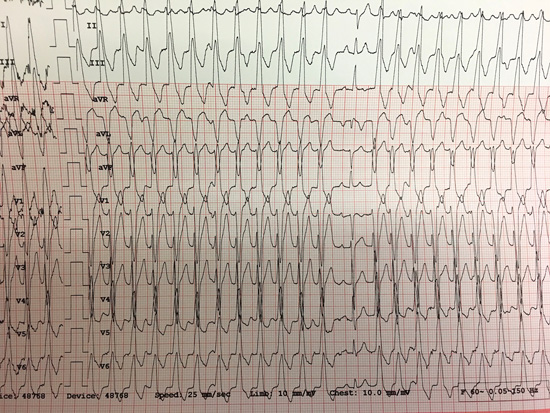 EKG Features that increase likelihood of VT in WCT