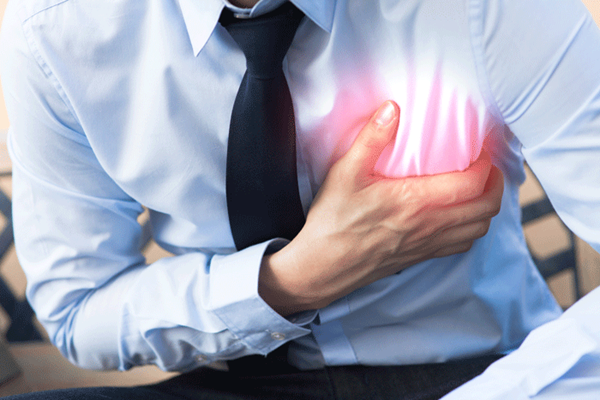 ED-ECMO: Coming Soon to an ED Near You

A 52-year-old man experiences crushing sub-sternal chest pain while walking through the mall and slumps to the floor. EMS performs an EKG and notes tombstone ST elevations in the anterior leads, but the patient loses pulses en route to the emergency department (ED). CPR is initiated, and the first pulse check reveals ventricular fibrillation (VF). The patient remains pulseless despite defibrillation. Upon arrival to the ED, the patient remains in VF despite continuation of high-quality CPR, airway securement, multiple shock attempts, multiple rounds of epinephrine, and a trial of amiodarone. This patient needs coronary reperfusion but is not stable for transfer to the cardiac catheterization lab. Is he a candidate for extracorporeal membrane oxygenation (ECMO)?

ECMO today is a less invasive form of the cardiopulmonary bypass pioneered for use in open-heart surgery. The first successful use of ECMO for resuscitation was described in 1971, when a 24-year-old man was placed on venous-arterial ECMO (VA-ECMO) for respiratory failure in the setting of ARDS following a traumatic injury to the thoracic aorta.1 In the ensuing decades, venous-venous ECMO (VV-ECMO) became a valuable intervention in the care of pediatric patients with severe respiratory distress. Today, VV-ECMO is used more commonly in intensive care units for respiratory failure refractory to traditional support measures.

An exciting new development in emergency department critical care is the use of VA-ECMO for patients needing immediate cardiopulmonary support as a bridge to a definitive therapy, like the patient in the case above. One group in France has even studied pre-hospital VA-ECMO resuscitation for persistent cardiac arrest using a mobile ICU system.2

ECMO is a means of providing mechanical support to a patient whose heart and/or lungs are not providing adequate gas exchange. Deoxygenated blood is withdrawn from the venous circulation (typically the femoral vein), pumped through an oxygenator outside the body that removes CO2 and replenishes O2, and returned to the venous or arterial circulation. ECMO used in the emergent setting has also been termed extracorporeal life support, or ECLS.

VV-ECMO provides respiratory but not circulatory support. The oxygenated blood is returned to the venous system, and the heart must still be pumping adequately to ensure circulation of this oxygenated blood. Thus, a patient with severe respiratory failure but no pump failure is best served by VV-ECMO.

VA-ECMO provides both respiratory and circulatory support. The oxygenated blood is returned to the arterial system, in effect bypassing the pump function of the heart. Patients in the emergency department with persistent cardiopulmonary arrest thought to be reversible are best served by VA-ECMO, as they are in need of temporizing circulatory support.

ECPR (extracorporeal cardiopulmonary resuscitation) refers to the initiation of ECMO during CPR. Percutaneous access of femoral artery and vein are accomplished while traditional CPR (chest compressions and ventilation) is continued. When extracorporeal circulation through the venous-oxygenator-arterial circuit is established, chest compressions can be discontinued and minimal “lung-protective” ventilator settings can be initiated.3

Who Is a Candidate for ED-ECMO?

Clearly, ECMO is not indicated for every cardiac arrest who fails to achieve return of spontaneous circulation. Two main criteria should be met before considering ED-ECMO:

Refractory VF or VT in an otherwise healthy individual who has suffered a STEMI followed by a witnessed arrest and prompt initiation of quality CPR is an obvious choice for ED-ECMO. Less apparent but reasonable cases to consider for ED-ECMO might include:

Return to the Case

After successful initiation of VA-ECMO, the patient was deemed stable for transfer to the cardiac catheterization lab. At this point, his persistent VF was no longer impacting his circulation, and his end organ perfusion had returned to near normal with the use of an extracorporeal pump system. He underwent percutaneous angioplasty and stenting of the proximal LAD artery, with resultant cessation of ventricular fibrillation. The patient awakened, was extubated successfully, and was found to be neurologically intact. Three days later, his left ventricular ejection fraction had returned to normal, and he was weaned off of ECMO. The patient was decannulated, underwent left femoral arteriotomy repair, and ultimately walked out of the hospital with no apparent cognitive sequelae.

The Next Step: Bringing ECMO to the ED

An obvious challenge to initiating ECMO in the ED is the amount of resources required to provide this therapy. Currently, most EDs with ECMO capabilities require close collaboration with cardiothoracic surgery and intensive care staff who are comfortable with ECMO and have the resources to mobilize an ECMO team when needed.

The Sharp Memorial Hospital group has introduced a two-physician model for ECPR in which one emergency physician directs overall resuscitation efforts while the other accesses the femoral vessels. Simultaneously, a specially trained nursing team is called to bring a mobile ECMO unit. Thus, the initiation of ECMO is within the scope of practice for EM physicians.

Perhaps the greatest challenge to widespread ED-ECMO use is related to supply and demand. It will be difficult to convince hospital departments to devote the necessary resources for establishing an ED-ECMO program as long as it remains clinically indicated for only a small subset of cardiac arrest and refractory shock patients.

—    ED-ECMO/ECPR is an exciting new intervention for refractory cardiac arrest or shock.
—    VA-ECMO is what is being done emergently. There is little role for VV-ECMO in the ED as this provides pure respiratory support.
—    Patients must be chosen wisely, ie. relatively healthy without prolonged down time and with an identified reversible cause of their arrest or shock state.