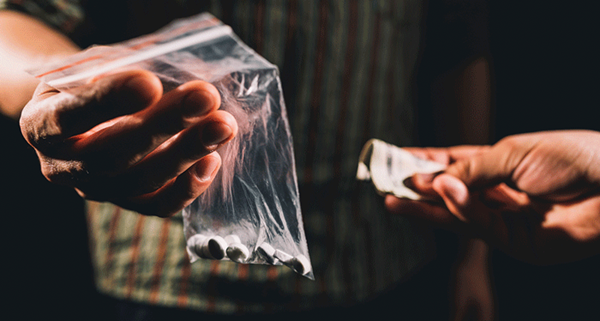 A number of new synthetic drugs have penetrated the United States markets and our emergency departments over the past several years. Poison control centers have experienced an increased number of calls for synthetic and designer drugs. It is crucial that we understand the composition, mechanism, and side effects of these emerging street drugs that are alarming public health experts and emergency physicians alike.

Cathinones have been naturally derived from the khat plant for recreational use for centuries in East Africa and the Arabian Peninsula. Cathinones have since been manipulated on the drug market with various biochemical substitutions, creating a new class of drugs called beta ketophenethylamines, or synthetic cathinones.1 These synthetic drugs are similar to amphetamines and inhibit the reuptake of dopamine, serotonin, and norepinephrine, leading to euphoria and a sympathomimetic toxidrome (hypertension, tachycardia, hyperthermia, dehydration, and psychomotor agitation).2

Mephedrone is one of the most common forms of synthetic cathinones — and we know it better as bath salts. Although the DEA classified mephedrone as a Schedule I drug in September 2011, the product continues to be sold online, in smoke shops, and in gas stations. Manufacturers evade drug abuse legislation by labeling the small packets as “not for human consumption” or as “plant food.”3 These drugs are often nasally insufflated or ingested, although cases of intravenous or intramuscular injection are not uncommon.2 Patients with exposure do not generally screen positive for amphetamines on routine urine drug tests despite the structural similarity.4 Also, very few, if any, laboratories run confirmatory tests that broadly cover the new and ever-changing synthetic amphetamines. Treatment of synthetic cathinone exposure is primarily supportive care and benzodiazepines use for seizures and agitation.

Yet another designer drug that has gained popularity and managed to circumvent the legal system is synthetic cannabinoids. Known as “K2” and “Spice,” these drugs are often sold at gas stations, convenience shops, and online as herbal incense. The products are marked as “not for human consumption,” thereby evading drug laws.1 Synthetic cannabinoids are sold as an herbal mixture soaked in synthetic chemicals, varying in composition and potency. Consequently, synthetic cannabinoids can have more powerful and dangerous side effects than marijuana, including vomiting, hypertension, seizures, hallucinations, paranoia, agitation, and violent behavior.3 The majority of intoxications will be mild and only require symptomatic treatment or occasionally benzodiazepines for agitation. However, there have been case reports of ACS and stroke in patients acutely intoxicated with synthetic cannabinoids. Therefore, neurological deficits and chest pain should not be dismissed without further investigation.

Krokodil is a combination of a desomorphine derivative (an opiate analogue) mixed with variations of gasoline, ethanol, hydrochloric acid, and even paint thinner.5 It was initially popularized in Russia in 2010 after a government crackdown on heroin trafficking. The desomorphine used in krokodil was thought to be cheaply synthesized from codeine and iodine products in over-the-counter medications, as well as from red phosphorous in match strikers.7

Usually injected intravenously or via skin popping, krokodil leads to tissue or vascular necrosis with superimposed superficial and deep space infections including osteomyelitis, phlebitis, and necrotizing fasciitis. Patients may develop green or gray skin discolorations with abscesses, resembling the skin of a crocodile.6 Often these superinfections will lead to skin ischemia and the need for amputation. As an opiate, desomorphine has sedative and analgesic properties about 8-15 times the potency of morphine; however, surprisingly, respiratory depression is unlikely.7

It is unclear if krokodil has ever made its way to the United States. Arizona Poison Control Center reported its first possible cases in September 2014, while New Hampshire reported a first potential case in 2015. These cases have yet to be substantiated.8