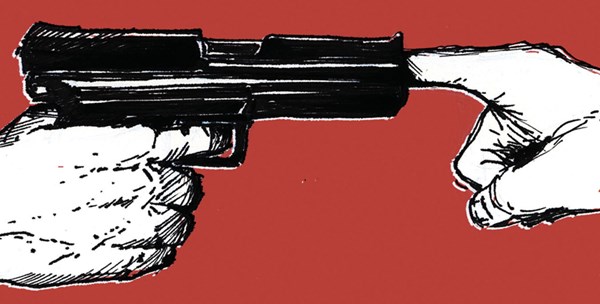 Along with 600+ physicians, the AMA Medical Student Section tackled the topics most pertinent to students in the AMA House of Delegates (HOD). EMRA Medical Student Council AMA-MSS liaisons Sean Ochsenbein and Arnab Sarker offer highlights of the group's work.

The AMA Medical Student Section fast-tracked a resolution to allow for the AMA to lobby the National Board of Medical Examiners to #EndStep2CS — an exam widely regarded by the medical student community as wasteful and inefficient given existing clinical examinations at all medical schools. The resolution passed, with support from the ACEP Section Council at the AMA on behalf of emergency medicine. Unfortunately, Step 2CS remains a requirement for medical licensure, but this passage represents a major step forward in the fight to #EndStep2CS.

Tragically, the Orlando shootings occurred at the outset of this year's annual meeting, marking more than 370 mass shootings in the U.S. (where 4+ people were injured or killed) since 2015. ACEP has consistently advocated for reducing gun violence-related injuries and deaths, noting it as a major public health concern. However, progress has been difficult given a congressional ban on gun violence research funding. In light of the tragedy in Orlando and the growing rate of gun violence deaths, the AMA moved to actively lobby Congress to lift the ban on gun violence research and label gun violence as a major public health crisis. Several emergency medicine physicians, including the ACEP section councils, authored this proposal.

With strong support from the ACEP Section Council, the AMA continued its fight to increase graduate medical education (GME) funding and reduce the number of unmatched medical students. The funding for GME, which determines the number of available residency positions, is primarily determined by the federal government and the Centers for Medicare & Medicaid Services (CMS). Funding has been capped since 1996, despite the growing number of medical students each year. The AMA filed several reports in June, reaffirming existing support and calling for increased funding transparency. The HOD also advocated for all payers (including private insurance and state plans) to be able to contribute to GME funding. Apart from strict increases in funding, the AMA moved to explore alternative funding models for resident education, and explored benefit increases for residents/fellows including child care, transportation, and housing. As the demand for physicians increases across the country, these policies will be crucial in determining how the medical community will increase the supply of physicians.

A Renewed Focus on Entrepreneurship in Medicine

In the past year, the AMA has undertaken a number of initiatives to increase the entrepreneurial spirit and tech competency of its physician members. The theme of this year's Resident and Fellow Section meeting was “Entrepreneurship in Medicine,” featuring a number of presentations by physician entrepreneurs and physician venture capitalists, along with devices ranging from the redesign of urine output measurement to wooden sunglasses designed to prevent pterygium. Participants were also able to learn about MATTER, the new AMA-sponsored health-tech incubator based in Chicago, and IDEA Lab, a national student-run biotechnology incubator founded at Washington University in St. Louis. There were also opportunities to learn about the stepsFORWARD campaign piloted by the AMA, which provides a series of online modules (available for continuing medical education credit) that teach practicing physicians about technology enabled practice improvement strategies.

Emergency medicine contributed heavily and spoke loudly for these important issues, and the most senior attendings to most junior medical students stood in unison to advocate for medical students. There's plenty of work to be done, but we are proud to call this AMA Annual Meeting a (successful) wrap!

If you are interested in a complete listing of AMA policies addressed this meeting, please visit ama-assn.org/sub/meeting/reportsresolutions.html.

If you are interested in learning more about the AMA, or how you can get involved in health policy, please contact Arnab Sarker (as8ee@virginia.edu) or Sean Oschenbein (sean.emra@gmail.com).