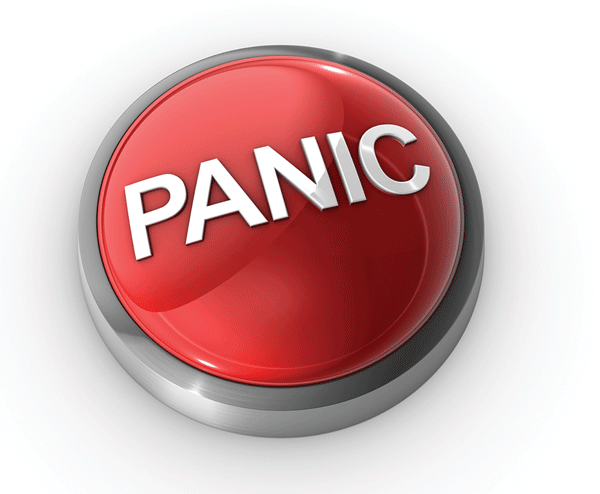 Freak Out or Chill Out?

Nothing terrifies a parent more than watching their child go limp or struggle to breathe. The term “apparent life threatening event,” or ALTE, was established in 1986 by the National Institutes of Health Consensus Development Conference on Infantile Apnea and Home Monitoring.1 By itself, ALTE is not a specific diagnosis, but a constellation of symptoms in which the child exhibits some combination of apnea, change in color, change in muscle tone, coughing, or gagging that causes distress for the observer.1 The challenge for the emergency physician is to effectively manage the immediate event, decide what tests to order, attempt to discern the underlying cause, and determine the need for further monitoring.

Approximately one-half of all infants presenting with ALTE will leave the hospital without a specific diagnosis.

While the true incidence is not known, ALTEs are believed to occur in 0.5% to 6% of all newborns, and they account for approximately 1% of all emergency department (ED) visits in children younger than 1 year old.2,3 No good predictor identifies children who will suffer from an episode, have repeat episodes, suffer long-term sequelae, or ultimately die from these events. However, prematurity and maternal smoking are understood to be significant risk factors for ALTEs. Additionally, an ALTE is more likely to be significant if there is true color change, change in muscle tone, or if the episode necessitates vigorous stimulation, mouth to mouth, or CPR.4

The preliminary differential diagnosis for ALTE is extensive. Even with a thorough (and potentially costly) evaluation, approximately half of all infants presenting with ALTE will leave the hospital without a specific diagnosis. When a diagnosis is made, the most common conditions are gastroesophageal reflux, seizure, and respiratory tract infection. But a wide differential is imperative so that no diagnosis is overlooked. The differential should include other pathologies within the gastrointestinal, neurologic, and pulmonary systems, as well as cardiovascular, metabolic, and even non-accidental processes.

Gastroesophageal reflux is a diagnosis of exclusion. Therefore, a detailed history is crucial. Specific questions aimed at eliciting a temporal association between feeding and the event will help identify any potential gastrointestinal cause of an ALTE. Was there an episode of emesis immediately preceding the event? Was the infant trying to swallow when the event occurred? The answers to these questions can help differentiate between reflux-induced laryngospasm causing apnea and anatomic malformations such as tracheoesophageal fistula, laryngeal cleft, or other pathologies that will require an upper GI fluoroscopic study.

Determining the level of consciousness and presence of any clonic movements or abnormal eye positioning can identify neurologic sources for an ALTE. Seizures have been noted to cause 4-15% of ALTEs and are known to have a particularly high risk of sudden death in this population.7, 8 Practitioners frequently debate which came first: seizure or apnea? Could one be triggering the other, or are these separate but nearly simultaneous events? Sometimes, apnea may be the only manifestation of seizure activity. As a result, an EEG may be needed. Other potentially deadly neurologic causes that must be considered include CNS tumors, subdural hematomas, and Arnold-Chiari malformations.

Always inquire about infectious symptoms. Has the infant been febrile or around any potential ill contacts? Does the infant have rhinorrhea, a cough, or foul-smelling urine? Infectious causes of ALTE often include upper and lower respiratory tract infections. Additional causes include UTIs, meningitis, bacteremia, botulism, and sepsis. For some infections, such as respiratory syncytial virus (RSV) and pertussis, apnea while sleeping may be the only presenting symptom. It typically manifests early in the course of the illness and is caused by either respiratory muscle fatigue and/or hypoxemia.

Breath-holding spells occur in approximately 3% of all children, with more than 25% of these patients manifesting signs and symptoms before 6 months of age.9 These events, which frequently present as ALTEs, are typically in response to painful or noxious stimuli, and the spells are often reflexive and involuntary. The breath-holding spell can lead to a physiologic right to left intrapulmonary shunt, with deoxygenated blood bypassing the alveoli and returning to the systemic circulation. Often, this can cause the infant to become cyanotic within approximately 5 seconds of the stimulus. To further complicate this picture, the infant could lose consciousness and have a seizure or posturing during the episode.

Non-accidental trauma (NAT) should never be overlooked in the child presenting with ALTE. In one study, 1 out of every 40 admissions for ALTE was caused by NAT.10, 11 In cases of suspected NAT, a fundoscopic exam, skeletal survey/bone scan, and brain imaging are useful. Other causes not readily diagnosable through imaging include smothering, poisoning, and cases of factitious disorder imposed on another (a.k.a. Munchausen syndrome by proxy). Bleeding around the mouth or nose and petechiae on the eyelids should prompt directed questioning, as these are common signs of asphyxiation caused by smothering. In cases of factitious disorder imposed on another, the mortality can be as high as 10%, as the time from initial presentation to diagnosis averages 15 months.12 Therefore, a high index of suspicion is imperative when the history does not correlate with physical findings.

Although rare, metabolic causes for ALTE typically present as very severe ALTEs. Causes include hypoglycemia, hypocalcemia, disorders of fatty acid oxidation (most commonly medium-chain acyl-CoA dehydrogenase deficiency), urea cycle disorders, and mitochondrial disease. A metabolic cause of an ALTE should move up the differential when the ALTE is more severe, the infant is ill-appearing, in cases of consanguinity, and in infants with a positive family history for metabolic disorders.9

Additional rare but potentially serious causes of ALTEs include those of cardiovascular origin. While most tachydysrhythmias or prolonged QT syndromes will be caught on a screening ECG, other causes may necessitate further evaluation by echocardiography. These causes include patent ductus arteriosus, atrial and/or ventricular septal defects, hypoplastic left ventricle, fibroelastosis, or cardiomyopathy.6

The initial evaluation in the ED is crucial for determining which patients need to be admitted. The potential to order invasive, ultimately unnecessary tests is extremely high. Hospitals vary in their approach to the initial diagnostic workup for ALTE. Historically, some studies have recommended a minimum initial diagnostic panel including a CBC with differential, C-reactive protein, glucose, sodium, potassium, urea, calcium, magnesium, ammonia, lactate, pyruvate, arterial blood gas, urinalysis, toxicology screen, EKG, and assessments for Bordetella pertussis and RSV if presenting during the appropriate season.13 In reality, the most common diagnostic tests obtained are complete blood cell count (70%), electrolytes (65%), chest x-ray (69%), EKG, (36%), and upper gastrointestinal fluoroscopy (26%). 5 Currently, it is more commonly accepted to let the history and physical exam drive the initial management, and then expand if necessary based on the patient”™s clinical course.

After assessing the patient and obtaining the appropriate tests, the question remains: Who should be admitted to the hospital? This is a highly debated topic - and one that is not easily answered. High-risk infants (those who have had repeated events), suspected seizure, NAT, or cardiovascular pathology, infants who continue to be altered in the ED, and those with abnormal tests or imaging should be admitted.14 As for low-risk patients who have returned to their baseline and remain without an obvious cause, there is no required or recommended length of observation. Follow-up and family comfort level must be taken into consideration when considering discharge.

Starting the workup of an infant who has experienced an ALTE can seem overwhelming. Although nearly half of all patients will leave without a diagnosis, the majority will be found to have an episode that was caused by gastroesophageal reflux, seizure, or respiratory infection. An initial diagnostic panel should be ordered based on the infant”™s clinical presentation and the clinician”™s degree of suspicion. Again, a thorough history and physical exam is the most important aspect of evaluation when determining which children are most at risk. With this approach, any clinician should feel prepared to tackle the ALTE.