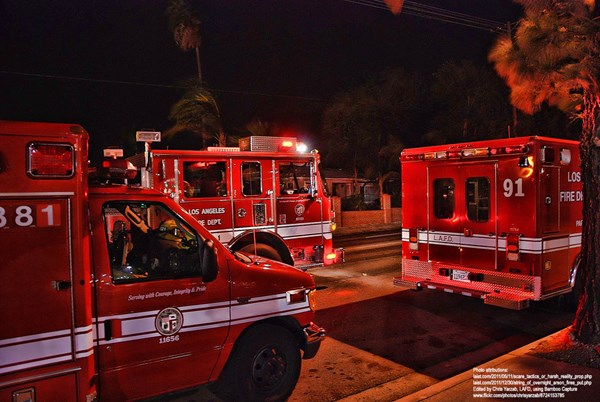 Does having health insurance make people more likely to visit the emergency department? This question has important implications for ED capacity, quality of care, and future funding models.

When the Affordable Care Act (ACA) became law, differing opinions emerged about how it might affect ED utilization. Some argued that more insured patients would lead to better access to outpatient care, reducing the need for emergency care, as was seen in Massachusetts following the pre-ACA rollout of their own state's health insurance expansion (Romney care). Alternatively, some contended that more access to care would mean more usage of all types of care, resulting in increased ED visits, as 75% of emergency physicians believe.

This study investigated changes in ED utilization rates at a national level based on the hypothesis that increases in Medicaid-covered populations would result in proportional increases in ED visits. They also predicted a change in the payer mix that would result in fewer uninsured visits and more Medicaid-covered visits. Non-expansion states served as the control group.

Overall, the authors estimated 10 additional ED visits per 1,000 people. As predicted, Medicaid expansion resulted in more visits by patients with Medicaid. The proportion of visits covered by Medicaid increased from 35% pre-ACA to 48% during the study. The authors argue that some of this increase may be temporarily caused by "pent-up demand." A reciprocal decrease in the proportion of uninsured visits was noted (from 23% down to 11%).

Further analyzing the data provides interesting insights into the chief complaints that became more common for patients with Medicaid. The largest increases were for dental and mental health visits, which aligns with the disproportionate number of Medicaid-eligible patients affected by corresponding diseases.

Naturally, increased visits raise questions about the effects on emergency departments. Without an increase in capacity, more visits may mean overcrowding, decreased quality of care, and worse patient outcomes. Changes in payer mix affect the hospital's bottom line, since Medicaid generally reimburses less than private insurance (however, more than no insurance). Furthermore, recognizing that there are fewer uninsured patients, the ACA reduces payments for hospitals serving a disproportionately high level of uninsured patients. The balance of these clinical and ï¬nancial forces should continue to be explored..

METHODS: Using all-capture, longitudinal, state data from the Agency for Healthcare Research and Quality's Fast Stats program, we implemented a difference-in-difference analysis, which compared changes in ED visits per capita and the share of ED visits by payer (Medicaid, uninsured, and private insurance) in 14 states that did and 11 states that did not expand Medicaid in 2014. Analyses controlled for state-level demographic and economic characteristics.

CONCLUSION: The ACA's Medicaid expansion has resulted in changes in payer mix. Contrary to other studies of the ACA's effect on ED visits, our study found that the expansion also increased use of the ED, consistent with polls of emergency physicians.