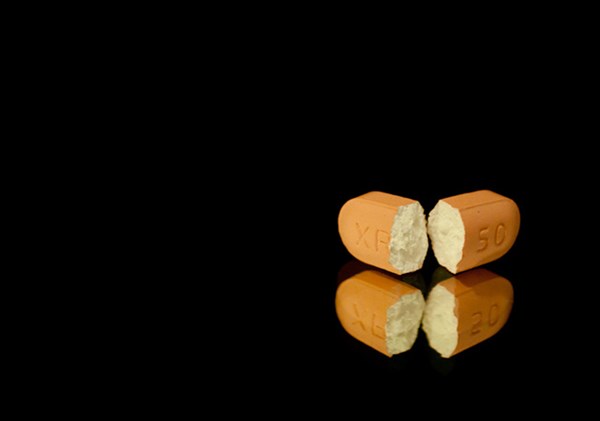 The authors reviewed medical and health policy literature to uncover the reasons why prescription drug prices in the U.S. are so much higher than in other highly developed nations, and they discuss possible solutions.

The main reasons for higher prices in the U.S. are a permissive patent system that extends patents for minor changes in a drug's formulation with no improved outcome and the inability of one of our nation's largest healthcare systems to negotiate drug prices with pharmaceutical companies.

Drug patents give pharmaceutical companies time to recoup the cost of their investment in a new drug by being a monopoly provider, usually for 6 to 8 years after FDA approval of the drug. However, pharmaceutical companies have extended their period of exclusive coverage by many maneuvers, such as by getting a new patent on a stereoisomer of their drug and then withdrawing their original drug before it becomes generic, or by refusing to provide samples of their drug to potential generic manufacturers to delay their competitors' FDA bioequivalence approval studies.

Medicare, which accounted for 29% of national retail prescription drug spending in 2014, is prohibited by federal law from using its market power to negotiate lower drug prices, while being required to cover all FDA-approved drugs. Essentially, manufacturers are allowed to name their price in America.

By contrast, in England and Wales, the National Institute for Health and Care Excellence (NICE) considers whether a new drug passes a cost-utility threshold before recommending it for coverage by the National Health Service (NHS). If a drug is rejected, the manufacturer might decide to offer it at a lower price.

The authors propose reforms that individual physicians can do, such as educating themselves about drug costs and efficacy, limiting dispense-as-written prescriptions, and stopping the use of samples of branded products that ultimately increase demand. While reform on the national stage might take a back seat to other health reform concerns (e.g. repeal of ACA), these individual improvements should be achievable for the individual physician.

IMPORTANCE: The increasing cost of prescription drugs in the United States has become a source of concern for patients, prescribers, payers, and policy makers.

OBJECTIVES: To review the origins and effects of high drug prices in the US market and to consider policy options that could contain the cost of prescription drugs.

EVIDENCE: We reviewed the peer-reviewed medical and health policy literature from January 2005 to July 2016 for articles addressing the sources of drug prices in the United States, the justifications and consequences of high prices, and possible solutions.

FINDINGS: Per capita prescription drug spending in the United States exceeds that in all other countries, largely driven by brand-name drug prices that have been increasing in recent years at rates far beyond the consumer price index.

In 2013, per capita spending on prescription drugs was $858 compared with an average of $400 for 19 other industrialized nations. In the United States, prescription medications now comprise an estimated 17% of overall personal health care services. The most important factor that allows manufacturers to set high drug prices is market exclusivity, protected by monopoly rights awarded upon Food and Drug Administration approval and by patents. The availability of generic drugs after this exclusivity period is the main means of reducing prices in the United States, but access to them may be delayed by numerous business and legal strategies. The primary counterweight against excessive pricing during market exclusivity is the negotiating power of the payer, which is currently constrained by several factors, including the requirement that most government drug payment plans cover nearly all products. Another key contributor to drug spending is physician prescribing choices when comparable alternatives are available at different costs. Although prices are often justified by the high cost of drug development, there is no evidence of an association between research and development costs and prices; rather, prescription drugs are priced in the United States primarily on the basis of what the market will bear.