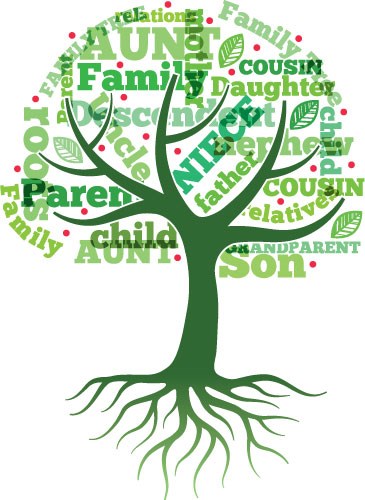 How Becoming a Patient's Family Member Changed Me as a Doctor

How on earth did patients and loved ones who have no formal training in health care or medicine manage to keep their composure when battling serious or critical illnesses?

As a 9-year-old boy growing up in Palestine, my father was diagnosed with rheumatic heart disease. His aortic valve was replaced with a mechanical valve, and he began taking warfarin. Along the way, an ascending thoracic aortic aneurysm developed, and surgeons monitored it for nearly 5 years. When my father was 53 years old, periodic CT scans showed the aneurysm had continued to grow.

Operative management was the standard of care. I knew that, and the thought of a rupture or dissection made me incredibly uncomfortable.

We scheduled the surgery, and I reassured my increasingly anxious father this was the right decision. After all, I was his eldest son and an emergency medicine resident at a busy trauma center in Detroit — he could trust my word. I exuded a confidence about medicine that comforted him and the rest of my family.

My confidence proved to be naïve.

The surgery stretched to nearly 16 hours and entailed complications, including coagulopathy, an extended period of intubation, and five days of unconsciousness in the ICU. At each turn, as my family looked to me for clarification, direction, and reassurance, it hit me: They were all depending on me to safeguard my father's life. They took their cues from me; if I was worried, they were frantic. If something happened, they looked to me for the reason why – and for the way to fix it.

As emergency physicians, we carry this responsibility always. But it struck home in a way it never had before, chiefly because this patient was not just another patient, and I was not in control of his treatment.

I hated being on this side of the patient room. I was powerless and could not contribute to the care of one of the most important people in my life. There were times when I completely disagreed with some of the decisions made (purely based on emotion, not science). I wanted my dad's ventilator settings weaned faster, the sedation turned off, and for him to be extubated earlier than the team thought was appropriate. I was able to see my father's morning labs and other diagnostic tests, but never had the opportunity to absorb and fully interpret them like I would when I'm on shift. As involved as I was, I wanted even more power over the plan of care.

Eventually, my father regained consciousness, followed commands, and was extubated. Each day he grew stronger and progressed a little further. Ultimately, his lines and tubes were removed, and he was able to eat and ambulate. Other than some atelectasis, the remainder of his hospital course was unremarkable, and he walked out of the hospital 11 days after surgery. The only thing he remembered from his hospital stay was how uncomfortable the endotracheal tube was.

During one of the nights of my father's hospitalization, as I tried to rest on the couch that doubled as my bed in my dad's ICU room, a thought crossed my mind: I was anxious, frazzled, and worried about my father's condition, even though I was well aware of all of the medical facts. I was up to date on the plan, and I was actively participating in his management. How on earth did patients and loved ones who have no formal training in health care or medicine manage to keep their composure when battling serious or critical illnesses?

We cannot possibly expect the vast majority of our patients to understand, from the less-than-5-minute conversations we hold with them, to the pathophysiology and natural history of various diseases and procedures that we perform. We round on our patients, and we extensively discuss with one another the fluid status, lab results, and the next step in management. Yet when we walk into a room or turn to speak to the patient and his/her family, our answers become vague, generic, and confusing. I understood everything my father's medical team told me; I anticipated the next phase of care, and still I felt like I was in the dark and alone, because the majority of the day it was just my family and the nurse on duty watching over my father.

Immediately upon returning to my emergency department, I noticed a dramatic shift in the way I dealt with my patients. I spent more time in their rooms. If I was explaining our next step in management or work-up, I often stopped and asked if they were familiar with what I was talking about. I started mentioning how long I expected them to be in the ED. Finally, I found myself sharing logistical details much more, like how a transporter would come and take the patient to the radiology for an X-ray, and that I would review the image but wait for a radiologist to interpret it officially. Many interactions with patients were more positive, and I cared more, too. I saw my own family in every family who came through the door into our resuscitation bay.

Despite my new outlook, the standard of care doesn't change. The treatment for sepsis and early goal directed therapy is not impacted by my empathy. But, in a world where patient satisfaction is increasingly tied to hospital compensation and employment, a sincere way to connect with our patients and comfort them during their time of need is through recognizing the difficult circumstances they face.

As my dad was recovering, the numbers and tests weren't what ultimately comforted me; rather, it was the reassurance of my father's team. It was the sense of support I felt from them, even when that support wasn't related to new information from tests. Patients and their families can sense sincerity, and they can feel when their providers are advocating for them. The entire experience helped me realize this, and now it's time for me to help others come to this realization as well.