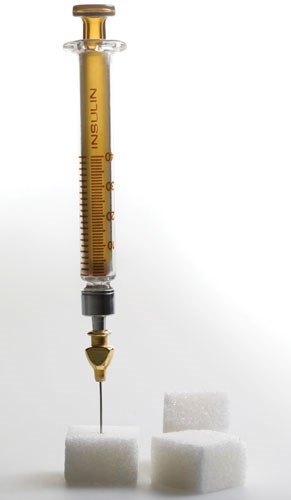 A 66-year-old female with a past medical history of diabetes mellitus type two and dementia presents to your emergency department with hypoglycemia. Her caretaker informs you that the patient's primary care physician changed her linagliptin to glipizide several days ago. Yesterday she gave the patient her morning dose of glipizide despite a fasting glucose of 41 mg/dL. This morning her fasting glucose was 31 mg/dL, so she withheld the glipizide and called EMS. On presentation to the emergency department, the patient's blood glucose is 51 mg/dL, at which point she is given a sandwich, juice, and a fruit cup to eat. A postprandial glucose is checked, and it is only 32 mg/dL.

Sulfonylurea agents are antihyperglycemic medications commonly used in patients with diabetes mellitus Type II. They inhibit potassium channels on the cell membranes of pancreatic beta cells, causing insulin granule exocytosis.1 This elevated secretion of insulin occurs independently of the patient's blood glucose levels. Thus, insulin may continue to be secreted despite low serum glucose, making hypoglycemia a major common adverse effect of sulfonylureas. A 2014 meta-analysis found that 10.1% of patients taking sulfonylureas will experience hypoglycemia at some point.2 Despite the growing popularity of newer classes of oral diabetic medications, including DDP-4 and SGLT2 inhibitors, sulfonylureas remain a mainstay of diabetic therapy. The emergency clinician must be knowledgeable and experienced in the management of sulfonylurea-induced hypoglycemia.

In general, the treatment for any patient presenting with hypoglycemia includes high-calorie foods and intravenous (IV) dextrose. Intramuscular glucagon is sometimes given as a temporizing measure, particularly in the prehospital setting in non-alert patients without IV access. Patients presenting with hypoglycemia due to a sulfonylurea deserve special consideration, as additional interventions may be warranted. After evaluation of airway, breathing, and circulation, the first step in management is determining whether the hypoglycemia is associated with an intentional overdose or therapeutic use.

In an acute overdose, when the drug has been ingested within the previous 2 hours, the use of activated charcoal must be considered to prevent further absorption, as long as the patient is awake and protecting his/her airway. In addition to IV dextrose, octreotide should be initiated as an essential adjunct. Octreotide inhibits the release of insulin through a proposed G-protein-mediated reduction of calcium influx into the beta cells. The usual dosing is 50-150 mcg IV or SQ every 6 hours.1 A 2008 randomized controlled trial compared single dose octreotide plus standard therapy (IV dextrose and oral carbohydrates) to standard therapy alone in 40 ED patients experiencing hypoglycemia from sulfonylurea ingestion. Patients in the octreotide plus standard therapy group had consistently higher blood glucose levels in the first 8 hours.4 In the setting of acute overdose, continuous dextrose infusion may only be necessary in those patients refractory to octreotide. In that case, a continuous octreotide infusion may also be considered (Figure 1).

In patients presenting with hypoglycemia due to therapeutic use of a sulfonylurea, calorie-rich food and IV dextrose remain the mainstay of therapy (Figure 2). The benefit of octreotide is less clear than in acute overdose, but it should certainly be considered if further hypoglycemic episodes occur.

Lastly, oral diazoxide, 3-8 mg/kg/day divided in 2 or 3 doses, is a second line agent that works similarly to octreotide by hyperpolarizing the beta cell membrane, thereby inhibiting calcium influx and insulin secretion. It is important to note that octreotide has essentially replaced diazoxide as a treatment for sulfonylurea-induced hypoglycemia since it has been found to be superior in reducing serum insulin concentrations and IV dextrose requirements.5,6

Any patient who presents with hypoglycemia due to either intentional overdose or therapeutic use of a sulfonylurea requires hospital admission for at least 24 hours, or longer if started on octreotide. Patients who present with euglycemia in the setting of reported overdose should be observed for at least 6 hours, provided no IV dextrose has been administered, as it may postpone the onset of hypoglycemia. 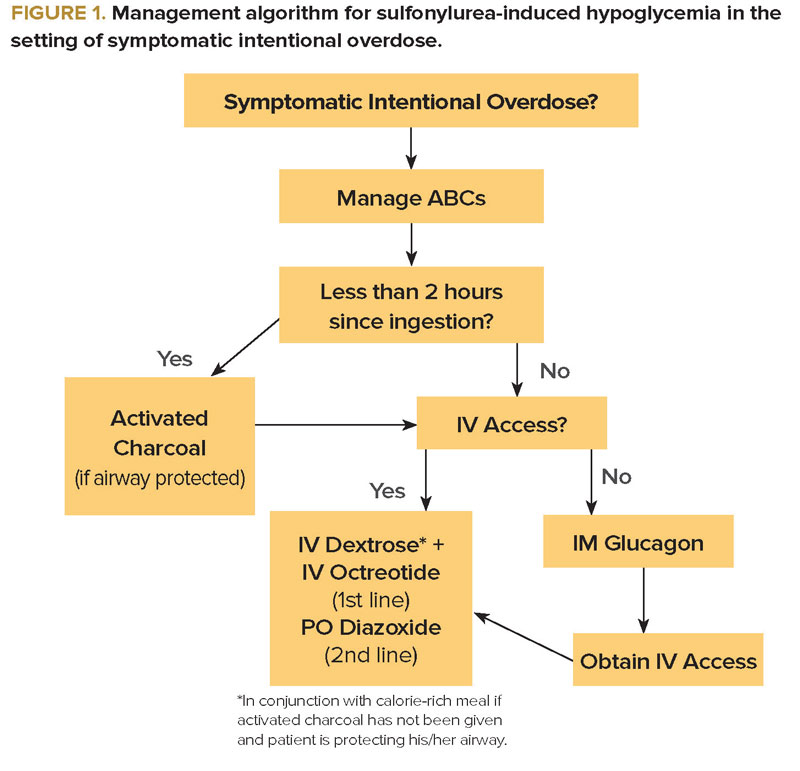 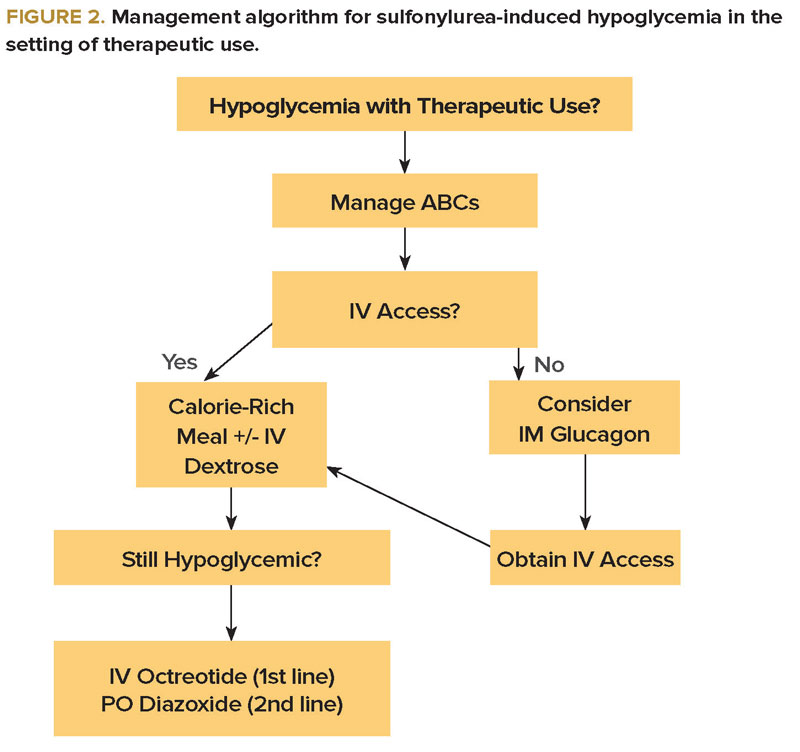 The patient remained asymptomatic and was treated with 1 mg of IM glucagon, an ampule of D50 IV, and a subsequent infusion of D5  ½ NS at 100 ml/hour. The patient was admitted for observation. No further episodes of hypoglycemia occurred, and she was discharged the following day on linagliptin, a DPP-4 inhibitor.