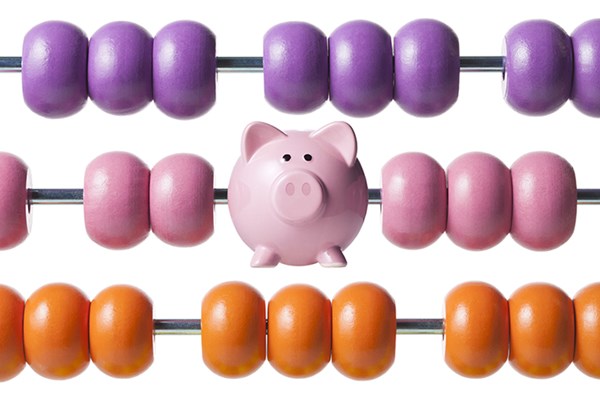 How Much Should Health Care Cost?

There is no standard for how much health care services should cost nationally, so it is difï¬cult to determine if and how much hospitals and clinics overcharge. Insurers do not reimburse the full charges and health care bills may be inï¬‚ated to adjust for the reduced reimbursement.

This study compared Medicare reimbursement to billed services. Medicare provides health insurance for the elderly and reimburses hospitals with predetermined and fixed prices. These reimbursements are called "allowed charges." Allowed charges were used as a proxy for the true price of health care services.

To determine the excess markup of health care services, this retrospective study analyzed Medicare Part B claims submitted in 2013. The study included services provided by 12,337 emergency physicians and 57,607 internal medicine physicians who were affïliated with thousands of hospitals. Markup was deï¬ned as the ratio of charges billed to Medicare compared to Medicare allowable charges. The study then compared markup between hospitals and between specialties.

The findings of this study must be put in context to understand its implications. This study used Medicare allowed prices as a proxy for health care prices, which represents a signiï¬cant limitation. Medicare reimbursements have increased less than the inï¬‚ation rate since the mid-1990s and may signiï¬cantly undervalue true health care costs. In order to understand the findings of the study, we need to make health care costs more transparent. The Fair Health claims database (www.fairhealth.org), for example, is dedicated to gathering independent and unbiased health care cost information. The nation should employ databases like this to advocate for less arbitrary reimbursement by insurance companies and to promote healthcare billing that is consistent with true cost.

IMPORTANCE: Uninsured and insured but out-of-network ED patients are often billed hospital chargemaster prices, which exceed amounts typically paid by insurers.
OBJECTIVE: To examine the variation in excess charges for services provided by emergency medicine and internal medicine physicians.
DESIGN, SETTING, AND PARTICIPANTS: Retrospective analysis was conducted of professional fee payment claims made by the Centers for Medicare & Medicaid Services for all services provided to Medicare Part B fee-for-service beneï¬ciaries in calendar year 2013. Data analysis was conducted from January 1 to July 31, 2016.
MAIN OUTCOMES AND MEASURES: Markup ratios for ED and internal medicine professional services, deï¬ned as the charges submitted by the hospital divided by the Medicare allowable amount.
RESULTS: Our analysis included 12,337 emergency physicians from 2,707 hospitals and 57,607 internal medicine physicians from 3,669 hospitals in all 50 states. Services provided by emergency physicians had an overall markup ratio of 4.4 (340% excess charges), which was greater than the markup ratio of 2.1 (110% excess charges) for all services performed by internal medicine physicians. Markup ratios for all ED services ranged by hospital from 1.0 to 12.6 (median, 4.2; interquartile range [IQR], 3.3-5.8); markup ratios for all internal medicine services ranged by hospital from 1.0 to 14.1 (median, 2.0; IQR, 1.7-2.5). The median markup ratio by hospital for ED evaluation and management procedure codes varied between 4.0 and 5.0. Among the most common ED services, laceration repair had the highest median markup ratio (7.0); emergency medicine physician review of a head computed tomographic scan had the greatest interhospital variation (range, 1.6-27.7). Across hospitals, markups in the ED were often substantially higher than those in the internal medicine department for the same services. Higher ED markup ratios were associated with hospital for-proï¬t ownership (median, 5.7; IQR, 4.0-7.1), a greater percentage of uninsured patients seen
(median, 5.0; IQR, 3.5-6.7 for  ‰¥20% uninsured), and location (median, 5.3; IQR, 3.8-6.8 for the southeastern United States).
CONCLUSIONS AND RELEVANCE: Across hospitals, there is wide variation in excess charges on ED services, which are often priced higher than internal medicine services. Our results inform policy efforts to protect uninsured and out-of-network patients from highly variable pricing.