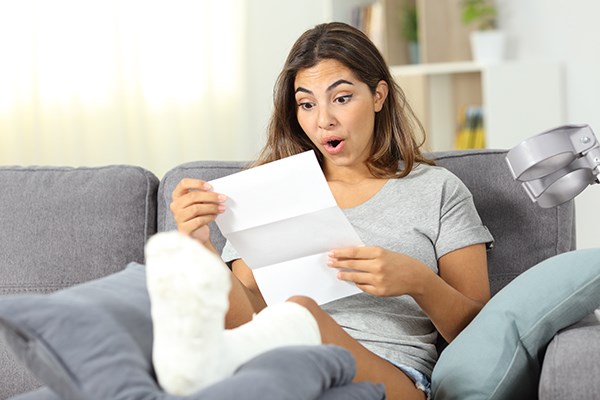 A “surprise medical bill” is a term commonly used to describe bills charged to an insured person receiving care, inadvertently or intentionally, from an out-of-network (OON) provider. This arises when a patient receives care at an in-network (INN) facility but is treated by an OON provider. A significant amount of attention is getting paid to surprise bills from the emergency department.

The amount patients may be charged can be astronomical. A recent article discussed the California approach, AB-72, which limits a patient’s cost sharing to INN levels for all nonemergency physician services at INN hospitals unless the patient provides written consent 24 hours in advance. Due to this change, physicians lost leverage in terms of negotiating contracts and thus formed conglomerates to regain bargaining power.

This qualitative study utilized interviews with 28 stakeholders 6 to 12 months after implementation of the California law. Interviewees included advocacy organizations and executives of physician practice groups, hospitals, and health benefit companies.

The interviews identified that provider, payer, and consumer advocates agreed that it is important to protect patients from surprise medical bills; the law is working as planned. Hospital-based physicians now face substantial lack of leverage in negotiations. They no longer have the ability to charge typical rates, instead getting paid the lower OON capped payment or 125% of Medicare reimbursement. The use of the payer-reported local average contracted rate (defined as a commercial rate contracted by a health insurer for the same or similar service in the geographic region) as the OON payment standard incentivized payers to cancel contracts with physicians with contracts above the local average contracted rate. Payers substantially lowered the average rate and subsequently decreased physician reimbursement.

In response, physicians have consolidated to regain leverage. In turn, patients felt they lost options for care because they now had a smaller pool of physicians from which to choose. The California approach applies to specialties that were accustomed to billing full OON charges and specialists reported that AB-72 would cause long-term pay stagnation, inability to recruit, and a decrease in the number of physicians willing to staff undesirable shifts which could be problematic for safety net hospitals that rely on high commercial payments to attract physicians.

California protects patients from surprise billing but the approach alters negotiating leverage between payers and providers. The California experience allowed insurers to lower payments to physicians providing early insight into one of the possible solutions for surprise billing currently under discussion nationwide.

Objectives: To examine the early effects of California’s recent policy addressing surprise medical billing (AB-72) on the dynamics among physician, hospital, and insurer stakeholders and to identify the influences of the policy’s novel out-of-network (OON) payment standard on provider–payer bargaining. This study can inform current policy formation, given that current federal proposals include a payment standard like that in AB-72.

Study Design: Case study of the implementation of AB-72 and stakeholders’ perspectives, experiences, and responses in the first 6 to 12 months after policy implementation.

Results: AB-72 is effectively protecting patients from surprise medical bills. However, stakeholders report that an OON payment standard set at payer-specific local average commercial negotiated rates has changed the negotiation dynamics between hospital-based physicians and payers. Interviewees report that leverage has shifted in favor of payers, and payers have an incentive to lower or cancel contracts with rates higher than their average as a means of suppressing OON prices. Physicians reported that this experience of decreased leverage is exacerbating provider consolidation.