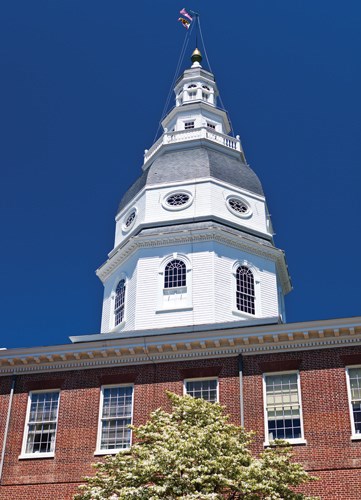 In This State House: Life as a Physician in the Legislature

There I was, sitting in Starbucks with a recently elected state representative. As a new healthy policy fellow and emergency physician, I was anxious. I had applied for fellowship in search of real-world opportunities that would impact policies affecting my patients and colleagues. And there was no time like the present. After chatting for nearly 2 hours with Clarence Lam, MD, he asked if I would be interested in joining their team. Over a cup of coffee, I had managed to land a job in the Maryland General Assembly, and I was thrilled.

During our initial meeting, Dr. Lam described his legislative agenda and asked for my ideas. At the time, Maryland's HIV screening laws were decades out of date, making it logistically impossible to order an HIV test in the emergency department without a dedicated program. Existing law required written informed consent and extensive counseling that could take as long as 30 minutes. Not surprisingly, the test was infrequently ordered. I feared that patients who underwent screenings for sexually transmitted infections either were not informed or did not understand that HIV was not one of the diseases included in the panel.

As a preventive medicine physician, Dr. Lam agreed this should change. My first task was to reach out to legislative counsel to draft the bill. “Leg counsel” is essentially a governmental lawyer who translates everyday English into statutory legalese. We exchanged a few phone calls and emails to ensure he understood the bill's intent. Then I sent a copy of CDC guidelines on routine HIV screening with a simple instruction, “Just turn the guidelines into law.”*

Our legislation aimed to modernize existing law to match current recommendations. It would guarantee that patients were notified when tests were ordered, but eliminated the time-consuming legal mandates. To avoid mistakes or unintended consequences, we spoke with every stakeholder we could imagine, including public health officials, hospitals, physicians, and HIV advocates. While we received mostly strong support, we did discover a few interesting quirks. For example, as originally drafted, we included CDC recommendations that patients receive a written handout explaining HIV screening. Johns Hopkins, however, already operated a dedicated screening program that provided this information via video. They requested we add video education as an alternative, and we were happy to include it.

Having said that, not every conversation was so easy. I vividly recall spending a Saturday speaking with a prominent HIV activist. Having lived through the 1980s, he was disillusioned. He did not believe that simplified screening would spur doctors to begin widespread testing. For him, the only solution was mandatory testing, and he was ready to fight the bill if it contained anything less. Personally, it was disheartening. Most stakeholders would oppose that approach, and the bill would die. In the end, after discussions with advocates he had trusted for decades, he agreed to remain neutral.

At this point, the bill had not been publically introduced and we only had a single afternoon before the “co-sponsor deadline.” Logistically, we didn't have time to gain widespread support before introduction, so we got creative. There happened to be 3 other physicians in the legislature, and I pleaded for emergency meetings with each. After agreeing to support as co-sponsors, we publically announced the bill and highlighted the symbolism as the only bill ever introduced exclusively by physicians in the Maryland General Assembly.

After the announcement, we turned to the hearing. In Maryland, every bill requires a public hearing before a vote. Our strategy was simple: Pack the room with as much support as possible. For those who couldn't make it in person, we requested letters of support. The hearing went flawlessly. Democrats saw it as a public health win. Republicans agreed and liked the idea of deregulating health care.

From there on, the bill cruised on autopilot. It had a unanimous committee vote and thus was seen as non-partisan and non-controversial. It passed the House on a vote of 99-1 before easily passing the Senate. Finally, it received the governor's signature and became law. As a result, physicians in Maryland will now be more liberal with testing and be able to provide patients with earlier detection.

Although physicians are often skeptical of a political process that appears convoluted and painstakingly slow at times, I found this experience to be incredibly affirming. While Maryland's legislative session is only 3 months long, and most bills will take several sessions to get passed, good legislation still becomes law.

As an emergency physician, the opportunity to sit in the driver's seat during the policy process was exhilarating, and the lessons I learned during my fellowship have proven invaluable. When you learn the language of policymakers, you become more comfortable navigating the process. You become a trusted voice of medicine, capable of proposing realistic solutions. These real-world experiences cultivate an invaluable skillset and a superior ability to craft policy that improves the lives of your patients and your colleagues. On top of that, you gain a few good stories along the way.

Special thanks to Dr. Joneigh Khaldun, for her guidance and assistance in preparing this article.

For a copy of the CDC guidelines, visit cdc.gov/mmwr/preview/mmwrhtml/rr5514a1.htm