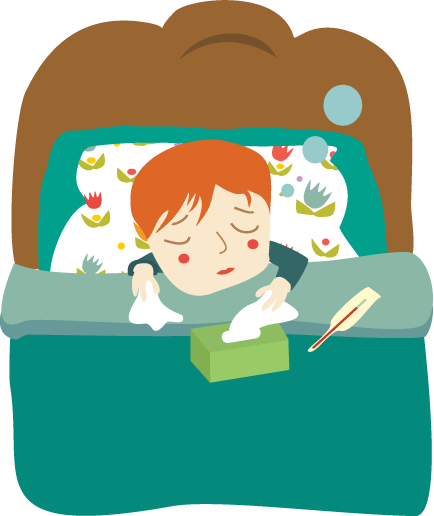 Influenza and the Flu Vaccine

Approximately 90% of children who died from influenza in 2013 were not vaccinated.

An estimated 10-20% of the world's population is infected annually with influenza. Up to 48% of children may be infected at any given time, with increasing numbers during pandemics.1,2 Influenza has major global health and economic implications. Pediatric illness can result in a loss of income for a family even if the symptoms are mild. In recent years, there have been concerns about pandemics with the surge of H1N1 cases in 2009, and most recently with the H7N9 avian influenza A outbreak in March 2013. While the latter has yet to show consistent documented human-to-human transmission, there is great concern that the disease will result in a major pandemic.3

Influenza is divided into two forms: influenza A and influenza B. There are two distinct strains of influenza B that circulate in the U.S. annually, but only one is integrated into the most common trivalent influenza vaccine.4 Influenza B accounts for 25-44% of all influenza cases; however, in the 2012-2013 flu season, it accounted for up to 52% of pediatric deaths.4,5

The flu symptoms experienced by patients can vary. One study showed that up to one-third of infected individuals are asymptomatic, allowing for transmission without knowledge of infection.6 Patients may have mild cold-like symptoms, or severe illness that can progress to pneumonia and respiratory failure.6,7,8 Influenza symptoms in children are more variable than adults, with a higher percentage of patients reporting diarrhea, vomiting, or sore throat. Pediatric patients also shed the virus for a longer period of time.

Annual pediatric deaths due to influenza in the U.S. during the last 5 years have ranged from 26 to 348,4 with the peak during the 2009-2010 season. In 2013, approximately 90% of the children who died from influenza were not vaccinated.9 Additional complications include secondary bacterial pneumonia, acute respiratory distress syndrome, myocarditis, rhabdomyolysis, and even neurologic sequelae, including encephalopathy and transverse myelitis.5,6,8,9 Neuropsychiatric complications are also more commonly noted in the pediatric population.10

Management is largely symptomatic; however, treatment with antivirals is recommended for all patients presenting within 48 hours of symptom onset.5,13 For patients at high risk for complications, antivirals should be given regardless of when symptoms began. Current strains show high-resistance patterns to amantadine and nimantidine. As a result, oseltamivir should be used in any patient over 2 weeks of age, though zanamivir is an option for patients older than 7 years.5,11,13

Currently, vaccination is the recommended means of prevention. The WHO meets annually to select the A/H1N1, A/H3N2 and one B strain for the trivalent vaccine to be offered for the following flu season.5,14 Vaccination is recommended for all persons over the age of 6 months. This age cut-off is based on studies that show limited immune response in children less than 6 months of age.2,4 The American Academy of Pediatrics (AAP) recommends that pediatric clinics consider extending vaccination to parents.5 This may be advisable in emergency departments, where the vaccine is offered when children are seen. Parental vaccination status should also be considered part of the history, particularly in sick children.5 In addition to pediatric vaccination, it is recommended that all pregnant women be vaccinated regardless of trimester. There is evidence that vaccination can decrease premature delivery, and is believed to transfer some protection to neonates with an estimated decrease in influenza diagnosis by as much as 90%.2,5,14

For those who have been exposed to influenza but have not begun to show symptoms, antiviral therapy is controversial. Some recommend universal use, but research suggests administration only to those at high risk of complications or living in households with immunosuppressed individuals.5,11

Vaccination is available through a variety of routes, including intramuscular, intradermal, and intranasal soutions. The live, attenuated intranasal vaccine is recommended for healthy children over the age of two, but should avoided in children with asthma, significant cardiac disease, immunosuppression/HIV, hemoglobinopathies, salicylic acid-treated diseases, chronic renal or metabolic diseases (including diabetes mellitus), diseases with respiratory compromise including neuromuscular disorders, and pregnancy.5, 14 Children with clinically significant moderate to severe febrile illnesses should not be vaccinated with any form of the vaccine.5

There is no vaccine available for A/H7N9, so current recommendations are proper hand hygiene and standard respiratory precautions.3,5

In the last year, a quadrivalent vaccine has been tested on children between 6 months and 18 years of age, with evidence indicating that this is an effective means of influenza prevention. This novel vaccine includes the two most common strains of influenza B, in addition to influenza A strains. The vaccine appears to be safe, and offered greater protection against influenza B than the standard vaccine.4,5

Egg allergy recommendations have changed over the last several years. The CDC now recommends vaccination in those with mild to moderate (non-anaphylactic) allergy.5,12,14 The AAP recommends administration in a controlled setting with resuscitative equipment available, followed by a 30-minute observation period.5,14 This may make the ED an ideal place for these patients to come for vaccination.5 The AAP does not recommend assessment by an allergist before vaccination, unless severe egg allergy is known.5,12,14

Finally, with mercury exposure being a concern to the public, thimerosal, a preservative in vaccines, has come under great scrutiny. The AAP and the CDC state that all vaccines should have minimal to no mercury, and while vaccinations with lower mercury levels are preferable for the pediatric population, this should not delay administration of the flu vaccine.5 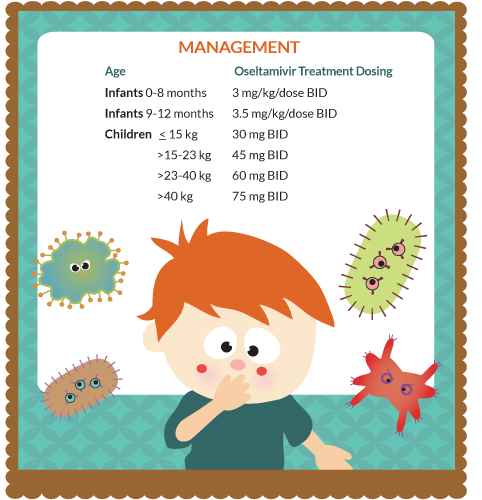