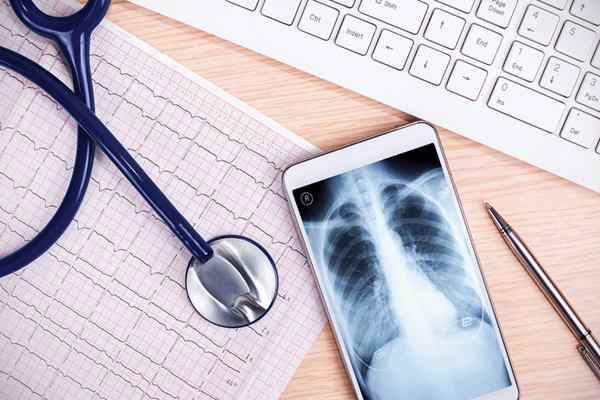 IT in the Emergency Environment: Emergency Health Care Goes HITECH

In 2009, President Barack Obama signed the American Recovery and Reinvestment Act (ARRA) of 2009, also known as the Stimulus Package.1 The ARRA allotted $27 billion for the adoption and meaningful use of health information technology (HIT) to improve the delivery of health care, engage patients, decrease cost, and decrease medical errors. The Health Information Technology for Economic and Clinical Health (HITECH) Act is the dedicated legislation within the ARRA that outlines the plan for adoption of HIT. The use of HIT in the emergency department can assist in the safe management of critically ill patients and retrieval of important information. HIT can also help limit medical errors that might occur due to the ED's fast pace and frequent interruptions. ACEP has supported this government initiative, and it is essential for EM physicians to take an active role in introducing HIT to emergency health care.

Overall, the initial adoption of EHRs in hospital EDs has been successful.

Electronic health records (EHR) aid in patient care by storing patient information so that it can be easily retrieved, reviewed, and transferred. Its other advantages over traditional paper records are the ability to assist in quality assurance projects, collect data for research purposes, easily back up patient records, and provide the user with clinical decision support systems. For this reason, a large component of the ONC's strategic plan involves the effective adoption of EHRs into clinical workflows. To accomplish this, the ONC developed the Electronic Health Records Incentive Program. It provides monetary incentive for eligible providers, including professionals and hospitals that can demonstrate meaningful use of EHRs. Medicare and Medicaid both offer their own incentive programs; however, providers can only participate in one program. The Centers for Medicare & Medicaid Services (CMS) is in charge of the Medicare incentives, and each state is in charge of its own Medicaid incentive programs. Unfortunately, hospital-based professionals, including emergency physicians, pathologists, and anesthesiologists, are not eligible for incentives.

Eligible hospitals and professionals in the CMS EHR Incentive Program must use EHRs to record and report electronic clinical quality measures (eCQM) in order to receive incentive payments. These measures are deemed by the ONC to be of meaningful use because adherence can improve the quality of health care and help to demonstrate the potential use of EHRs. The final year to enter into the incentive programs for incentive payment was 2014. Now, in 2015, eligible providers must attest to the meaningful use of EHRs in order to avoid Medicare payment penalties.2,3

The 3 Stages of the EHR Incentive Program

Through the EHR Incentive Program, the ONC has developed a three-stage plan to help providers adopt and demonstrate meaningful use of EHRs. Emergency medicine providers have been involved in the development, design, and implementation of EHRs and other forms of HIT into emergency health care.

Stage 1 focused on capturing and sharing structured data on patients such as demographics, vital signs, medications, and allergies. Initially, hospitals were collecting eCQM information on all ED patients, which included information of low value from patients treated and discharged. ACEP believed this would make data difficult to interpret. Also, the initial CQM guidelines did not give hospitals incentives to implement a certified computerized provider order entry (CPOE) in the emergency department. ACEP felt this to be an issue, as the ED is a setting with large numbers of time-sensitive CPOE for critically ill patients, and so asked that ED throughput be considered as an eCQM metric. CMS incorporated ACEP's feedback and required eCQM be collected on ED admitted patients, along with median door-to-discharge and door-to-admission data.4,5

Stage 2 utilizes advanced clinical processes to exchange patient information between providers, and to encourage patient engagement. For example, Stage 2 requires providing patients with online access to medical records within four days of its becoming available to the eligible provider. This impacts EM physicians because it gives us an opportunity to interact with our patients and further educate them about their health information.

Stage 3 is still under development and will be ready for optional implementation in 2017, with required implementation in 2018. ACEP continues to be embedded in this process to ensure that the voice of the emergency physician is heard and that HIT is continually improving. ACEP still believes that HIT can improve the delivery of emergency health care, but wants to ensure there are systems in place to address concerns.

In 2013, the Informatics Section and Quality Improvement and Patient Safety Section of ACEP published an article stating recommendations to address the potential hazards of HIT in the ED. Some of the safety concerns include alert fatigue, poor data interfaces, and communication errors.6 In a letter to Andrew Slavitt, the acting administrator of CMS, then-ACEP President Michael J. Gerardi, MD, explained these concerns and expressed how they are not addressed in the current draft of Stage 3. ACEP is asking CMS and the ONC to require hospital quality assessment and performance improvement programs to capture HIT-related safety events and address them in a structured, timely fashion. ACEP is also asking for CMS and the ONC to include this in the certification of EHR systems so that EHR vendors will be obligated to make safety improvements to their EHR systems.7

Update on the Adoption of EHRs

The Centers for Disease Control and Prevention recently published a report on the adoption of EHRs by emergency and outpatient departments. The report included data collected from the 2006-2011 National Hospital Ambulatory Medical Care Survey. In 2011, 84% of hospital EDs had adopted an EHR system; 87% of EDs claimed their EHR could record patient history and demographic information, 43% could provide warnings of drug interactions and contraindications, 63% could order prescriptions, 40% could provide guideline based reminders, and 65% could list patient problems.8

As of Dec. 31, 2014, 94% of eligible hospitals in the United States had been compensated for their participation in the CMS EHR incentive programs, and 9 out of 10 hospitals had adopted certified EHRs.9 Six states had 100% participation of all eligible hospitals: Alabama, Delaware, Georgia, Maine, Vermont, and Wyoming.11 Overall, the initial adoption of EHRs in hospital EDs has been successful; future focus should be placed on optimizing and achieving the intended goals of EHRs.

HIT and Our Role as EM Residents

You can develop or join a committee that makes recommendations on how to improve your current EHR system, or work to increase the number of lectures on HIT and informatics in your didactic curriculum. As residents, we are the future of emergency medicine, and we will have to function in a clinical workflow that is strongly influenced by HIT. By getting involved now, we will be in a better position to further develop and introduce new forms of HIT to our field.