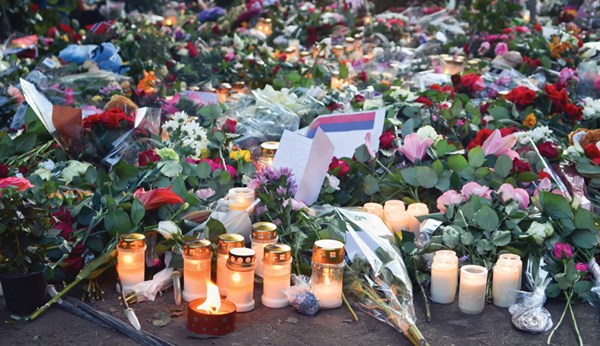 It's Time to Take a Stand

On June 12, 2016, the United States was again shaken to its core and reminded of the devastation that guns can cause. In a span of 3 hours, more than 50 young people were killed and at least 53 others were severely wounded in a mass shooting at a nightclub in Orlando, Florida. While reeling from the events, emergency medicine residents, attendings, hospital trauma teams, and staff in Orlando worked tirelessly to care for victims. They did this with compassion while coping with the carnage they were witnessing. As we have learned from the spate of recent mass shootings in our country and around the world, the emotional aftermath of the shooting will continue for years.

In a nation where the right to bear arms is cherished by much of the population, gun homicides are a significant public health concern. In a study published in March 2016 in The American Journal of Medicine, investigators found that despite containing only half the population of the other 22 high-income nations combined, the U.S. accounted for 82% of all firearm deaths. In addition, the U.S. accounted for 90% of all women, 91% of children aged 0-14 years, and 92% of youth aged 15-24 years who were killed by firearms.1 Homicides by firearm totaled 8,124 in 2014, according to the FBI.2 In 2016 there have already been 6,715 gun-related deaths.3 These numbers do not even account for the numerous Americans who suffer lifelong injuries from gun violence.

The statistics are shocking, but even more shocking is the lack of response by our legislators. In fact, laws have been enacted to prevent organizations like the CDC from researching the public health implications of gun-related deaths. It is time for us as a physician community to fight for the protection of our patients, our families, and ourselves from gun violence. Though controversial, more stringent gun laws are clearly necessary. The Second Amendment was initially intended to protect the right to bear arms in the setting of militias. The exact wording states, “A well regulated militia being necessary to the security of a free State, the right of the People to keep and bear arms shall not be infringed.” I don't know the happy medium that will protect broad rights while also preventing deaths due to gun violence, but I believe the first steps are tighter background checks and a ban on certain types of weapons.

This topic is, of course, controversial — many physicians are themselves gun owners — and it has morphed into a right-leaning vs. left-leaning battle. But when young people are dying at faster rates from gun violence than disease, something must be done. We are at a crossroads, and it is time for each of us to let our legislature know the carnage we see in the ED and hospitals as a result of gun violence is not what was intended by our forefathers. The American Medical Association (AMA) has taken the first step by passing a resolution asking for the reversal of legislation that bans the CDC from doing research on the effect of gun violence as it relates to public health in the United States. More must be done, and we as the new generation of physicians must carry the burden. We must work as a physician community to change how our public perceives guns and their effect on society.

I will leave you with one sobering fact. Last year's Paris attacks killed 130 people, which is nearly as many as die from gun homicides in all of France in a typical year. But even if France had a mass shooting as deadly as the Paris attacks every month, its annual rate of gun homicide death would be lower than that in the U.S.