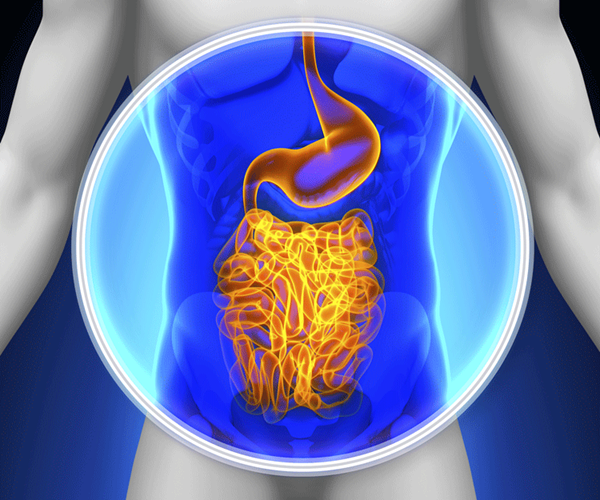 Welcome back to the Landmark Article project! In this issue, we are focusing on the gastrointestinal tract, and the care of two major conditions. We examine some of the data behind the use of proton pump inhibitors (PPIs) in upper GI bleeding, and the usefulness of leukocytosis and fever in diagnosis of appendicitis. What is the evidence that providing a PPI will affect patient outcome? Should they really be such a focus-heavy intervention? What does the presence of leukocytosis suggest about that patient with moderate periumbilical pain? What can we say about the 10-year-old with severe abdominal pain, guarding, and rebound tenderness who has a normal white count? Let's dive in!

One of the controversies among the standard of care for upper GI bleeding is the administration of proton pump inhibitors (PPIs). As many EM physicians recognize, this can sometimes be a small point of controversy. Your call to the consultant may often sound like this: “Hey, I've got a GI bleeder for you. He had massive hemorrhage on arrival, his pressure was 60/40, hemoglobin of 5.5. I've typed and screened him, started 2 units of O negative blood up front, intubated him for airway protection and placed a Blakemore tube, started him on levophed, and given a bolus dose of octreotide.”

Consultant, “Great, but did you start a PPI?”

Way back in 1992, the BMJ published a paper by Daneshmand, et al, who performed a randomized control trial of omeprazole versus placebo for the treatment of acute upper GI bleeding. They examined outcomes that included rates of transfusion, rebleeding, need for operation, and, oh yeah, the minor outcome of death. As it turned out, 5.3% of patients in the placebo group died, and 6.9% in the PPI group died, though a noticeable divergence between the groups was noted at about day 12, with patients in the PPI group showing increased mortality, and neither group followed past 27 days. This difference was justified by confounder analysis. Statistically, there was ultimately deemed to be no difference between either group for any of their predefined end points. However, their secondary end point of endoscopic signs of decreased GI bleeding revealed a statistically significant decrease in patients treated with omeprazole (45% vs. 33%, with a P<0.0001). So the patients looked like they bled less, but the use of PPIs during acute upper GI bleeding did not lower their mortality. Or rebleeding. Or need for blood. Daneshmand's conclusion? “Omeprazole failed to reduce mortality, rebleeding, or transfusion requirements, although the reduction in endoscopic signs of bleeding suggests that inhibition of acid may be capable of influencing intragastric bleeding. Our data do not justify the routine use of acid inhibiting drugs in the management of haematemesis and melaena.”

So that was just one paper from the 90s. If only we had something looking at a pooling of data from this century”¦ and enter the 2010 Cochrane review by Sreedhaan, et al. Their group performed a meta-analysis that included six studies evaluating 2,223 patients, reviewed by two researchers. Their primary outcomes included the same parameters of mortality, rebleeding, and need for surgery, all measured at 30 days. They also secondarily looked at incidence of stigmata of recent hemorrhage at time of endoscopy (clots, active bleeding, or visible vessel). This time more patients, same end points, and same outcome – no statistical difference in either group for mortality, surgery, or rebleeding rates. However, again noticed was that PPI treatment significantly reduced the amount of patients with stigmata of recent hemorrhage (OR 0.67, 95% CI = 0.50 vs 0.93), and as a result, reduced the need for direct intervention at time of endoscopic therapy (OR 0.68, 95% CI = 0.50 vs 0.9). The conclusion is drawn that if you give a PPI, the patient outcome is unchanged, but the endoscopist will do less work. It's important knowledge, but maybe not something to bring up on your oral boards.

Shifting gears a little and travelling distally down the intestines, we reach the appendix, our next GI topic. While there is less controversy in the management of acute appendicitis, the utility of the total WBC count and temperature to support the diagnosis of appendicitis hasn't ever really been established, despite our surgical colleagues frequently relying on it. Coming from our own literature in Academic Emergency Medicine, a study performed by Cardall, et al, enrolled 293 emergency department patients to determine the discriminatory value of a total WBC and the temperature in patients presenting to the emergency room with signs and symptoms suggesting appendicitis. All age ranges were included, with the youngest patient being 7 years old, and the oldest 75. If admitted, the patients were followed to a clinical outcome (i.e., surgery or hospital discharge), and if discharged from the ED, 2-week phone follow up was performed.

All three of these studies suggest the importance of not always relying on the prevalent practice in use, and instead focusing more on individual case presentations. Physicians should be wary of relying on parameters such as WBC count and temperature to indicate whether or not a patient has acute appendicitis. In addition, physicians should not heavily rely on the administration of PPIs to treat GI bleeding and instead should feel justified in focusing on resuscitative efforts to ensure adequate perfusion and the cessation of bleeding. PPIs might make for cleaner endoscopic evaluations, there is no evidence to suggest that they will benefit patient outcomes.

It is important to remember that all studies have some limitations, confounders, and biases, and therefore results should be taken in context. In assessing the use of parameters of WBC and temperature the physicians were not blinded, which could possibly sway clinical judgment and workup. In addition, the study looked at the total WBC count, and did not analyze differential components like the neutrophil count. The double-blinded study of PPI treatment versus placebo was limited due to the use of IV mannitol for the IV placebo, which could unintentionally affect results. Above all, it is most important to remember to take into consideration the entire picture of the patient. No one sign or finding should dictate diagnostic decision making in these scenarios.

We hope you enjoyed this month's dive into a few big papers in the GI literature. Better knowledge equals better patient care. Stay tuned for more in upcoming issues of EM Resident!