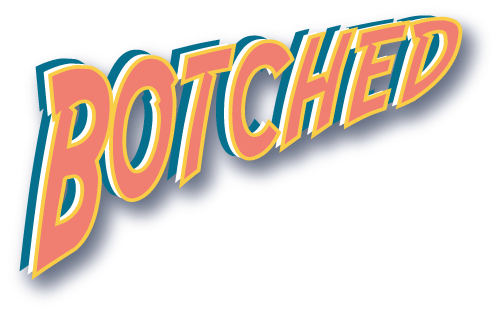 Management and Treatment of Septic Abortion

A 21-year-old female with no past medical history is brought to the emergency department complaining of abdominal pain and vaginal bleeding for the past day. She underwent an induced abortion at 20 weeks gestation at an “unofficial” abortion clinic overseas several days prior. Initial vital signs are significant for fever and tachycardia. Physical exam reveals diffuse abdominal tenderness, foul-smelling vaginal discharge and bleeding, and cervical motion tenderness.

A septic abortion is an infection of the placenta and fetus, or products of conception, of a pre-viable pregnancy. Infection is primarily in the placenta; however, potential spread to the surrounding uterus, pelvis, and distant organs is possible with prolonged or potent toxin-producing bacteria. Worldwide, the majority of septic abortions occur as a result of unsafe abortion techniques, which the World Health Organization defines as “a procedure for terminating an unintended pregnancy either by individuals without the necessary skills or in an environment that does not conform to minimum medical standards, or both.”1 Often, this patient population is reluctant to seek care in the traditional outpatient setting, making the emergency department a common place for initial presentation. If diagnosis and treatment are delayed, it can cause devastating consequences, including infertility, septic shock, or death.

Approximately 21.6 million unsafe abortions took place worldwide in 2008. Complications from these abortions accounted for 13% of all maternal deaths and were second only to maternal hemorrhage.2 In one case series, mortality specific to septic abortion was found to be around 19% overall, and in up to 55% of women who developed septic shock.3 Nearly all unsafe abortion procedures occur in developing countries, with the highest rates occurring in sub-Saharan Africa (36 per 1,000 women aged 15-44 annually in Eastern Africa, versus 1 per 1,000 women in developed countries annually). Likewise, estimated case-fatality rates per 100,000 abortions range from nearly 0 in the United States to close to 100 in Eastern Africa.4 This difference is largely attributed to the fact that the surgical treatment of spontaneous abortion is readily available and that illegal abortion is uncommon in the U.S.

Septic abortions, whether induced or spontaneous, occur because of improper, unsafe, or inadequate removal of products of conception. These products of conception become infected, bacteria infiltrate the placental tissue, and the infection spreads into the uterus via the maternal intervillous space, resulting in bacteremia 60% of the time. If the infected placenta remains for a prolonged period of time, bacteria can invade the endometrium and myometrium in as little as 6-12 hours.5 Gestational age also correlates with infection severity and mortality because as the placenta grows, so too does the volume of tissue that can become infected.

Most bacteria causing septic abortion arise from the vaginal flora; however, a high rate of anaerobic bacteria have also been isolated.6 In fact, anaerobic Peptostreptococcus is the most common blood isolate from cases of septic abortion.5 Some toxin-producing organisms, such as Clostridium perfringes, group A streptococcus, and some strains of E. coli, proliferate rapidly within dead tissue, become isolated from the vasculature, and essentially render antibiotic therapy ineffective.

History and physical examination are crucial for identifying septic abortion (Table 1). The differential diagnosis includes spontaneous abortion with endometritis and incomplete abortion with another cause of fever, such as pyelonephritis, appendicitis, and influenza. Aside from routine blood work, aerobic and anaerobic blood and cervical cultures should be obtained to help guide future therapy by obstetricians. Ultrasound should also be obtained to look for products of conception. In the truly critical patient, studies looking for disseminated intravascular coagulation are warranted.

Like other forms of sepsis, resuscitation with intravenous fluids and antibiotics are the mainstay of treatment in the emergency department. Vasopressors and blood transfusions are used as needed. The antibiotic regimen selected should cover all potential aerobic and anaerobic pathogens (Table 2). Of note, clindamycin should be considered in patients suspected of harboring a toxin-producing organism, as it appears to have a direct antitoxin effect.7

Most importantly, prompt obstetric/gynecologic consultation is required for evacuation of the infected products. This is considered the most critical step in the treatment of septic abortion. Fetal death is inevitable, so procedural intervention should not be withheld even if fetal heart activity is found. Clinical improvement after fluids, antibiotics, and curettage should be seen within 6 hours. If there is insufficient clinical improvement after such treatment, then a hysterectomy may be necessary. Finally, anti-D immunoglobulin should be administered to all Rh-negative women. Antibiotics will be stopped after 48 hours if clinical improvement is evident and there are no signs of pelvic abscess.5

Ultrasound exam showed retained products of conception. Blood work was significant for WBC of 28,000/ul with 10% bands, and a serum lactate of 4.5 mmol/L. The patient received 3 liters of normal saline, as well as gentamicin and clindamycin. The obstetrician performed a curettage and evacuation of the placenta. The patient spent the next few days recovering in the surgical ICU and walked out of the hospital 5 days later.