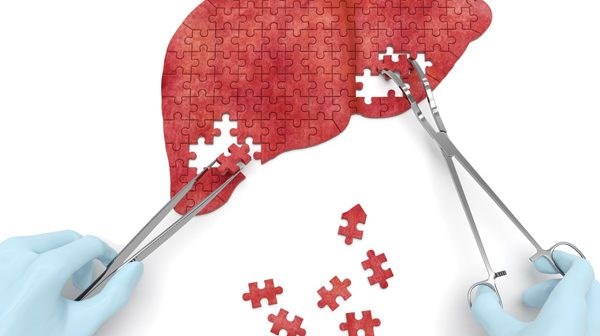 Management of Acute Liver Failure in the Emergency Department

A 57-year-old female presents with a chief complaint of hypoglycemia and altered mental status. Glucose was initially 61 in the field but increased to 110 after administration of 1 amp of D50. History was limited because of the patient’s mental status; however, physical exam revealed jaundice, scleral icterus, and asterixis. A point of care (POC) glucose measurement on arrival was 73. Based on this initial presentation, our concern was for acetaminophen (APAP) induced acute liver failure (ALF).

Although relatively uncommon — with only 2,000 cases annually — ALF should be included in the differential of a wide array of chief complaints because of the liver’s many functions.1 These can be broadly categorized as synthesis, detoxification, and storage. Synthetic functions include gluconeogenesis, and the production of coagulation factors, albumin, and cholesterol. The liver metabolizes ammonia, bilirubin, and many of the medications that patients take daily. Lastly, it is a storage center for glycogen and iron. Injury to the liver can disrupt any or all of these processes.

The most common causes of ALF in the U.S. and Europe are APAP overdose (39%), idiosyncratic drug reaction (13%), and viral hepatitis A and B (12%).2 While ALF is rare, APAP overdose is frequently encountered in the emergency department. In 2012, 50 out of every 1,000 ED visits in the U.S. were related to APAP overdose.3 Early recognition is difficult, as initial symptoms are non-specific.

In total, there are four stages of toxicity.

Stage 1 consists of normal liver function tests (LFTs) and symptoms such as nausea, vomiting, and malaise. In significant ingestions, >500 mg/kg, you can see metabolic acidosis, rising lactate, and decreased level of consciousness without signs of hepatic injury.4,5

Stage 2, which develops after 24-36 hours, is first identified by elevation of AST, which is the most sensitive marker.6 The degree of rise will depend on the extent of ingestion, but levels above 1000 IU/L are generally considered to be hepatotoxic.6 During this time you can also start to see elevation of bilirubin, INR, PT and PTT.

Stage 3 includes fulminant hepatic failure and can be identified by AST and ALT values higher than 10,000 IU/L. This occurs between 72-96 hours post ingestion. During this time period it is useful to monitor the grade of hepatic encephalopathy (see Table 1) and INR because these have been identified as reliable markers of prognosis.7 Patients in stage 3 are at risk for development of multi-organ dysfunction, and are at greatest risk of death 3-5 days after acute ingestion.6

If the patient survives the acute insult, s/he will enter stage 4, consisting of clinical improvement and normalization of laboratory values, which can take several weeks.

The management of any patient with suspected APAP overdose first involves checking an APAP level to assess for the need of N-acetylcysteine (NAC). APAP exerts its toxic effects through the metabolite N-acetyl-p-benzoquinone imine (NAPQI). This gets degraded into non-toxic metabolites by glutiathione, which becomes overwhelmed in cases of APAP overdose. NAC, a precursor to glutiathione, helps to degrade NAPQI and prevent the buildup of toxic metabolites.

Common teaching involves the use of (NAC) when indicated by the Rumack-Matthew nomogram. A popular memory aid involves the rule of 150: The toxic dose of APAP is 150 mg/kg, NAC should be given if APAP level is >150 mcg/mL 4 hours post ingestion, and the initial loading dose of NAC is 150 mg/kg. NAC has been shown to be effective if initiated within 8 hours of an acute overdose.8,9,10 Once started, NAC should be continued until there are no signs of hepatotoxicity and the APAP level is below detection, indicating that APAP has been completely metabolized.6

It is important to note that NAC can be beneficial in cases of liver failure not related to APAP ingestion. In a prospective, double blinded trial of patients with acute liver failure without clinical or historical evidence of APAP overdose, NAC use was shown to increase likelihood of transplant free survival, with the biggest benefit to those with grade 1 or 2 hepatic encephalopathy.5 Its use appears to be safe, as the only statistically significant adverse outcome from its administration was an increased incidence of nausea and vomiting.

For patients presenting with signs of fulminant liver failure, it is important to appropriately manage fluid status and electrolyte abnormalities after going through the ABCs. The liver is involved in both glycogen storage and gluconeogenesis, thus persistent and severe hypoglycemia can occur. In many cases these patients will require prolonged IV glucose administration. Composition of IV fluids is important, because hypotonic fluid can worsen the hyponatremia and hypokalemia that is usually found on presentation. Hyponatremia can hasten the development of cerebral edema, and hypokalemia can raise the ammonia level by inducing ammoniagenesis in the kidney. Thus, if IV hydration is necessary, it is recommended to start with normal saline with dextrose.

The most common cause of death in ALF is cerebral edema, which leads to intracranial hypertension and herniation. The main cause of this is the rapid accumulation of ammonia, which is normally converted to urea in the liver. A high ammonia concentration ->150-200 umol/L — is specific but not sensitive in detecting increased risk of developing intracranial hypertension.11,12

Initiation of medications to lower the ammonia level, such as lactulose and rifaximin, is typically recommended; however, there are no prospective trials that show a mortality benefit in this setting. If there is concern for herniation, rapid administration of hypertonic saline (20 ml of 30% NaCl with goal serum level of <150 mmol/L) or mannitol (2ml of 20% with goal of serum osmolality of <320 mOsm/L) is recommended.13

Laboratory results in the ED revealed a significant transaminitis with AST and ALT in the 1000s, lactic acidosis, elevated bilirubin and INR. APAP level was negative. The patient was started on a D10 drip, NAC, lactulose, and rifaximin. She was admitted to the ICU for liver transplant evaluation. While inpatient, she was found to have a high-grade neuroendocrine adenocarcinoma of the lung with diffuse hepatic metastasis. She was then transitioned to comfort care and expired during admission.

APAP overdose is a common presenting complaint in the emergency department and is the most common cause of acute liver failure. The management of APAP overdose involves using NAC and supportive care.