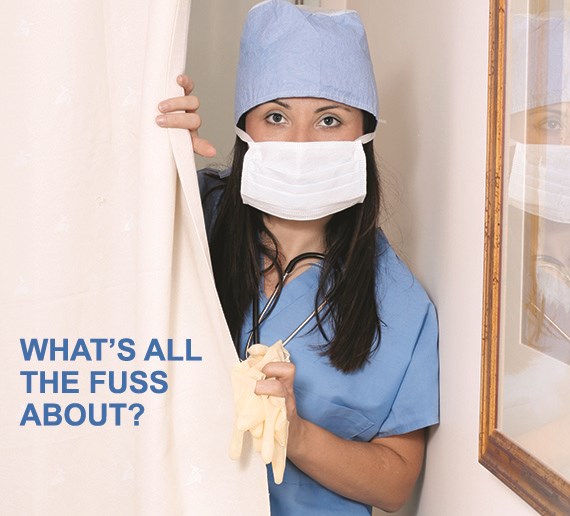 There has also been legal opposition to the quarantine orders. Kaci Hickox, a nurse who recently returned to Maine after working with Médecins Sans Frontières (MSF) in Sierra Leone, was the first person to challenge the quarantine orders in court.3 Though she was asymptomatic on arrival to the U.S., Hickox was quarantined at the Newark airport, in line with New Jersey's new quarantine policy. She was then allowed to travel home to Maine after testing negative for Ebola and remaining asymptomatic during 24 hours of observation. On her arrival home, she was mandated by the Maine Department of Public Health to remain under house quarantine until she had been asymptomatic 21 days removed from contact with Ebola patients.

Referencing the CDC's Ebola guidelines, her attorneys argued in Maine District Court that because she was asymptomatic and had no signs of Ebola virus disease (EVD), she was not infectious. As such, they claimed that quarantine was not “necessary to protect other individuals from the dangers of infection.” The judge in the case agreed, and, in accordance with CDC guidelines, Hickox was released from quarantine but placed under “direct active monitoring,” submitting to daily temperature checks and home visits from public health officials.4 The case highlights the complex interplay between personal liberties and public health mandates. It is also an example of how our nation's federalist history has led to a lack of coordination between local, state, and federal public health agencies. Following is a summary of how we got to our current state of affairs.

The federal government derives this power from the Commerce Clause of the Constitution. The Public Health Service Act of 1944 clarified the federal government's role by giving the Secretary of Health and Human Services the power to act to stop communicable diseases from spreading from other countries to the United States and from one state to another.

Health and Human Services subsequently delegated this responsibility to the CDC in 2000 and that is why the CDC carries out this function today. The CDC has legal authority to quarantine and isolate people as they travel into the United States and between states. However, save for rare instances, they do not have the authority to dictate quarantine and isolation practices within a state. The CDC may offer material support and guidance, but a state can follow the beat of its own drummer. State governments naturally have differing philosophies on the balance between public health concerns and individual liberties. As a result, quarantine and isolation laws vary across state lines.

This explains why states' quarantine policies in response to Ebola have differed. So if each state has the authority to dictate its own quarantine policies, why wasn't Maine able to keep Kaci Hickox quarantined? Is this decision a precedent for future challenges to mandatory quarantines?

Looking through Judge Charles LaVerdiere's court order,7 it seems as though the CDC's Ebola guidelines might serve as essential evidence that mandatory quarantines are not a public health necessity and only act to limit personal liberty and dignity. As long as judges defer to the CDC for expertise regarding Ebola practices, state-ordered mandatory quarantines may be struck down.

To understand Judge LeVerdiere's decision, let's quickly review the CDC's most recent guidelines, which are available at www.cdc.gov/vhf/ebola. The guidelines are supported by epidemiologic data from outbreaks over the last 40 years that mimicked the clinical course and transmissibility of EVD seen in the 2014 outbreak. Specifically, data from those outbreaks show that human-to-human transmission occurs only from direct contact with bodily fluids from someone with symptomatic EVD. Data also show that despite 21 days being the accepted maximum incubation period, over 90% of those who develop EVD do so in the first 14 days after exposure. Accordingly, the CDC recommends a tiered approach to Ebola exposure assessment, dividing people into “no risk,” “low risk,” “some risk,” and “high risk” categories. As a rule, the CDC recommends that anyone in a “low risk,” “some risk,” or “high risk” category that exhibits signs or symptoms of Ebola be isolated immediately. If recognition of signs or symptoms occurs at one of the five designated port-of-entry airports, isolation can occur immediately on arrival in the United States. For the asymptomatic, they recommend monitoring and restriction based on risk. Those in the “high risk” and “some risk” categories should be subject to “direct active monitoring” for 21 days following their last possible exposure to Ebola. This amounts to daily visits from a public health official to confirm the absence of fever or symptoms. “Low risk” individuals should have “active monitoring,” which differs from direct active monitoring only in that temperature and symptom assessments are done by the individual, not by a public health official. With respect to restriction, “high risk” individuals are placed on the federal “Do Not Board” list and should be prohibited from public transport, public gatherings, or workplaces.

As an asymptomatic health care worker who cared for Ebola patients in Sierra Leone while wearing appropriate personal protective equipment, Kaci Hickox would fall into the “some risk” category. The CDC would recommend that she submit to “direct active monitoring” and have a public health official visit her daily until she is beyond the maximum 21-day incubation period to check her temperature and assess for EVD symptoms. Guidelines would defer the decision to restrict and coordinate travel to local authorities but would not recommend quarantine.

So where do we go from here? Irrespective of the constitutional basis for varied state policies on Ebola, public health experts have criticized the fractious nature of the response to Ebola in the United States, arguing that it has increased public confusion and has taken much needed focus away from West Africa.8,9 Now that state quarantine policies have been successfully challenged in court, we may be at a point where standardized state policies (based on CDC guidelines) could be adopted across the country. The end of the midterm election cycle should also reduce the role of political positioning in the debate. By doing this, we can shift the public discourse beyond quarantines and focus more energy on working to end the epidemic in West Africa.