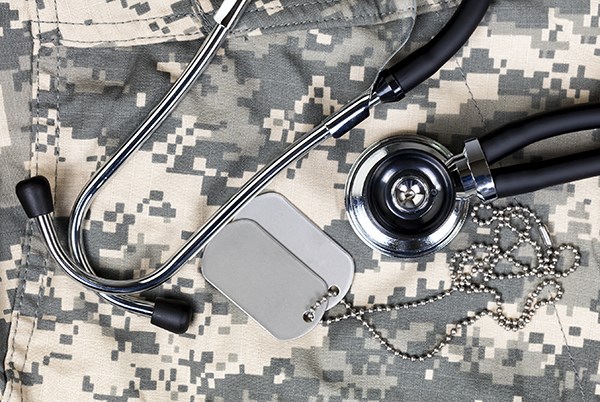 The purpose of this document is to serve as an overview of the military match process for both students and their advisors.

GENERAL OVERVIEW OF THE MILITARY SYSTEM

MSI and MSII years should be used to focus on doing well in classes, Step I and Step II. Basic officer training for HPSP students will be completed between first and second year.

The military application timeline is much EARLIER than civilian so it is important to be aware of the timeline early in medical school. Many students start in January of their third year setting up rotations at the military sites. The deadline for the initial application is usually in the second week of September and all final supporting documents are required no later than October 15. All applications are submitted through The Directorate of Medical Education Website known as MODS.

Interviews are completed by November. It is the job of the Joint Service GME Selection board to rank and “match” everyone. They meet in late November/ early December. The military match day is in December.

If you have a military obligation, you must apply to the military GME and the civilian match (ERAS). When you do this, there can be three different outcomes:

If you are selected for a military residency, you will serve as an active-duty physician. Time in residency does not count towards any service commitment.

Every military student MUST go through the formal military selection process. All medical students with a military obligation will be selected for training by their military service's Program Directors (PDs), even if the student wants to go deferred to a civilian residency.

WARNING: It doesn't matter what your medical school or civilian residency programs tell you. You could be the most competitive applicant and they could even unofficially offer you a spot to train. HOWEVER, if you do not speak with the PDs of the military residencies you will not be selected to train in EM anywhere. This includes all civilian deferments if they are offered by your branch of services. Every year, this step is missed by a few very good students who are disappointed when they do not get their choice of residency.

Each year the services look at their manpower needs and then set the number of EM physicians that need to be trained. This usually remains fairly constant in the Army and the Navy, but the Air Force has been known to swing widely over the years. For example, in the Air Force, there are 20 military slots with some civilian deferred slots available. These civilian deferment slots can swing from 0 to over 20 in a single year. Every year a few very good students get civilian slots by letting the PDs know their intentions up front. (Honesty is key; do not try and play the game of telling everyone they are your No. 1 selection. It will be found out very quickly.) In general, there are rarely civilian deferments for emergency medicine in the Army and Navy.

Since some military applicants will obtain military deferment and train in a civilian residency, it is important that those students also apply through the civilian match and schedule an adequate number of interviews. All residencies are aware of this issue, and understand that you will be withdrawn off their list if you match in the military.

In a perfect world, you could do civilian interviews all after military match is completed; however, it could be very difficult to schedule enough interviews in that short of a time. One option is to arrange for a lighter month in January and backload your civilian interviews for that time period. If you do train in a civilian residency, you will fulfill your military obligation after residency.

WHERE ARE THE MILITARY RESIDENCY PROGRAMS LOCATED?

The military uses a structured point system to rank all applicants, but the process is different for each branch of the service. When the Joint Service GME Selection board meets, each applicant is evaluated and given a point score based on success in medical school (class rank and USMLE/COMLEX scores), suitability (based on clerkships, interviews, LORs), research (more points for peer reviewed and multiple publications), and prior military service. Every military applicant will be put in an order based on their points. Based on the needs of each service, which may change drastically every year, a cut-off line is set.

SUCCESS IN THE MILITARY MATCH

The emergency medicine military match is becoming more competitive. Success in the military match is largely based on the same things as the civilian match: course and clerkship performance, class rank, standardized testing scores, letters of recommendation, and contributing to research and extracurricular activities. Although the point system is in place, there are subjective components such as interviews and “suitability”.

Much like the civilian match, if there is a particular place you hope to do your residency, you should try to schedule a 4th-year clerkship there. All HPSP students should perform a rotation at a military hospital. This gives the staff a chance to get to know the potential applicants. Knowledge and interest in the military and the customs and courtesies associated with it can go a long way. Letters of recommendation and support from military physicians may carry more “weight” than civilian.

WHAT IF I DON'T MATCH?

Unfortunately, due the way the match is set up, this can be a reality for some people. However, if you do not match into a military OR civilian spot, there are still options.

Afterward, you may do one of the following:

The military match is a difficult system to navigate. Many aspects of it can change from year to year, and it's different for each branch of the military. It is very important to find a mentor who is knowledgeable about the process to help guide you. The following is a list of a few key points:

For more detailed information on military EM, visit the expanded FAQ document created by the Government Services Chapter of the American College of Emergency Physicians (GSACEP).