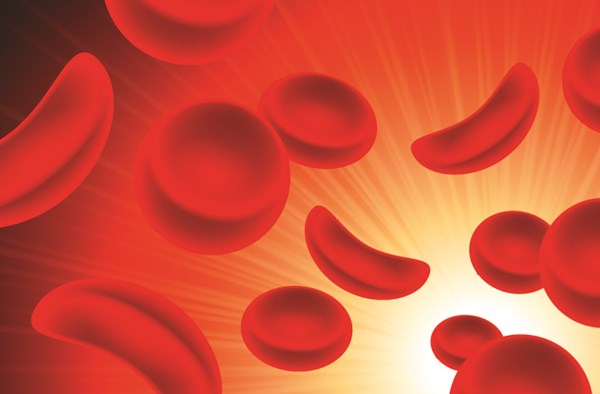 Sickle cell disease (SCD) is the most common genetic blood disorder in the United States, affecting an estimated 100,000 persons.1 Vaso-occlusive crisis (VOC) is the hallmark of this disease and the most common cause of hospitalization, at a cost of around $488 million each year.1 An acute painful crisis is caused by the entrapment of sickle hemoglobin-containing red blood cells (HbS) in the microcirculation that can lead to ischemia, inflammation, reperfusion injury, and localized tissue damage. Early alleviation of the pain associated with an acute episode may be important to prevent further tissue damage.2

Barriers to Care
Opioids have long been the mainstay of therapy for acute SCD pain.2 The American Pain Society (APS) recommends the administration of analgesics within 15 to 20 minutes after a patient's arrival to a healthcare setting. Of course, physicians can face significant challenges in treating these patients in the emergency department (ED). Barriers to care include ED crowding, the assignment of SCD patients to low triage levels, and difficulty in establishing IV access.3 These barriers have caused SCD patients to be given analgesics other than those recommended by guidelines or via less-favored routes (orally or intramuscularly), leading to significant delays in pain relief.3 Concern over opioid dependence has also been cited as a reason some clinicians fail to meet the analgesic requirements of this population. SCD is recurrent by nature, and as opioids are the mainstay of its management, opioid tolerance can develop. The requirement for high doses of opiates coupled with the lack of an objective test for pain makes the differentiation between true pain and opioid abuse very difficult.2

Studied Adjuncts
Significant research efforts have been directed toward improving pain control and reducing opiate use in patients with SCD. Several alternatives have been investigated, including nonsteroidal anti-inflammatory drugs (NSAIDs), acetaminophen, low-molecular-weight-heparin (LMWH), steroids, and vasodilators. NSAIDs have been a fertile area of debate that have produced inconsistent evidence.3,4 Similarly, a Cochrane review of the use of LMWH did not allow the authors to support or refute the effectiveness of these drugs because of limited data on the frequency and dosing of morphine being used.5 Steroids have also been studied as well, and the current evidence of their effectiveness is Grade 2B based on two clinical trials. Steroids were shown to shorten the duration of opioid use but had serious adverse effects, including high readmission rates within two weeks and an apparent risk of rebound pain.6

Inducing vasodilation to improve blood flow in patients with VOC is also an area of interest in research. A systematic review examined the effectiveness of inhaled nitrous oxide (NO) as a vasodilator in the treatment of VOC and found no significant differences compared with conventional treatment.7 Interestingly, investigators who performed a randomized control trial on the use of arginine, a substrate of NO production, observed a 50% reduction in opiate use and suggested a multi-center trial of its effectiveness as an adjunct to standard therapy in children.8 Blankets have been used to regulate temperature and induce vasodilation, and the effectiveness of warm normal saline has also been studied.9 While one study revealed no difference in admission rates or amount of opiates used, patients reported greater overall comfort and requested warm fluids during future visits.

Conclusion
To optimize patient care, considerable effort must be directed toward understanding the pathophysiology of SCD, appreciating the severity of each episode, and anticipating the likelihood of VOC recurrence. In addition, the patient's age, comorbidities, access to follow-up care, and compliance with medical instructions are all critical factors in achieving pain control. Opioids continue to remain as first-line medications for achieving pain control in this patient population during VOC. Concern about dependence and addiction should not impede attempts at achieving patient care and comfort. That being said, there is a still a significant need for research into the use and effectiveness of adjunctive medications or opioid alternatives.

Special thanks to Linda Kesselring and Danya Khoujah, MD, for their help and editing and to R.  Gentry Wilkerson, MD, FACEP, as well for his revision.