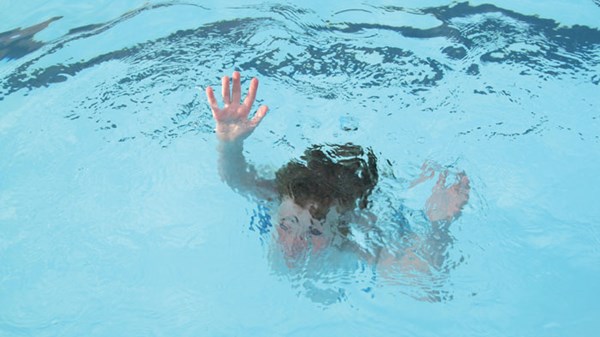 Pediatric Drowning: In Over Your Head

The sudden and unexpected death of a child is especially tragic when it is preventable, which is oftentimes the case with drowning. There have been multiple terms used in the past to define drowning such as salt water, fresh water, dry, wet, secondary, and delayed drowning. To standardize this definition, in 2002, the World Congress of Drowning decided to define drowning as the process of experiencing respiratory impairment due to submersion/immersion in a liquid.1

As emergency medicine (EM) providers, we will most certainly encounter this situation. How can we best respond and with what evidence?

Case 1.
A 22-month-old drowning victim is found downstream a fast-moving river one hour after she is last seen by her mother. Patient is unresponsive at the scene. Paramedics begin CPR and ROSC is achieved. Intraosseous access is obtained, but the patient is unable to be intubated. Core temperature is not obtained. You are notified that the patient is being bagged en route to the emergency department (ED).

Case 2.
A 12-year-old boy is brought to the ED after being found at the bottom of a pool with down time of at least 20 minutes. He is in full cardiopulmonary arrest. He is bagged en route to the ED and, after 2 doses of epinephrine, he achieves ROSC. You consider useful prognostic measures.

Case 3.
A 12-month-old boy is found unresponsive by his mother face-down in the bathtub. CPR is performed en route. In the trauma bay, resuscitation efforts continue for 1 hour. Patient is pronounced dead, and core temperature is measured at 29 °C. Later that night, a call is received from the morgue stating that the child is moving.

The drowning process begins when the victim's airway is submerged and the victim is struggling for a gasp of air. It is estimated that children can only struggle for 20-30 seconds before final submersion.2 When the drowning victim can no longer keep his or her airway clear, water enters the oropharynx and is either swallowed or spat out. This period is associated with panic and involuntary breath-holding, which results in reflexive coughing and laryngospasm when inspiratory drive becomes too high to resist and water is aspirated into the airways.3,4 If not rescued, aspiration of water leads to hypoxia, loss of consciousness, and apnea. Depending on the temperature in which the drowning occurs, the entire process may take 5 minutes or last up to an hour.1,3

To provide care for a drowning victim, EM physicians should use a multi-tiered approach that includes management of hypoxia, trauma, and hypothermia. Hypoxia is the most pertinent factor in drowning victims, and the main objective of prehospital therapy should be to reverse hypoxia and restore normal oxygenation and circulation as quickly as possible to ensure a good neurological outcome.2 Cervical spine immobilization may be indicated in cases where trauma to the head and neck is suspected, such as after diving into shallow water or boating accidents.3 Hypothermia is defined as a core temperature <35 °C and should be presumed in all drowning victims. Wet clothing should be removed, the victim should be wrapped in warm blankets, and core temperature should be measured continuously via an esophageal, rectal or bladder probe.

Patients who are breathing spontaneously and maintaining their oxygen saturation >90%, or their partial pressure of oxygen >90 mmHg with a fraction of inspired oxygen (FiO2) of 50%, may be observed with oxygen alone under continuous pulse oximetry monitoring.3 In individuals who do not meet the above criteria, a trial of NIPPV may be considered. For those who are unable to maintain their airway, rapid sequence intubation is definitive management. Well appearing, asymptomatic patients should be observed for at least 8 hours as per a retrospective review of 75 pediatric patients who drowned and developed symptoms within 7 hours (this is not to be confused with the erroneous concept of “dry drowning” that is claimed to occur days after an aspiration event)!5,6

Should the victim obtain return of spontaneous circulation (ROSC), care should be taken to correct any hyper- or hypo-coagulability, rhabdomyolysis, or electrolyte abnormalities such as hypoglycemia, hyperkalemia, and hypophosphatemia. Make sure to evaluate patients for underlying medical causes for drowning, such as seizure or dysrhythmia.

Pearl: When is it safe to extubate a drowning victim?
Once intubated, the patient should not be extubated for at least 24 hours, even when gas exchange appears to be adequate, due to the possibility of acute respiratory distress syndrome. Fraction of inspired oxygen should be decreased to <50% as soon as possible to avoid pulmonary injury through oxygen toxicity.7

Acute respiratory distress syndrome (ARDS) is common after a significant drowning event and can occur promptly as opposed to days later, as is the case in other settings.8 Prevention of ARDS is of paramount importance, and the emergency medicine provider should be keenly aware of the initial ventilator settings (low tidal volume with appropriate PEEP) set in the ED.

Pearl: When should chest compressions be performed?
In the setting of asphyxiation from drowning, bradycardia follows tachycardia in an attempt to conserve oxygen, followed by pulseless electrical activity and eventually asystole.8 As bradycardia is a physiological response to hypothermia, discussion regarding whether to perform chest compressions in a bradycardic or pulseless hypothermic child is warranted, as chest compressions could increase the risk of inducing ventricular fibrillation. In the absence of good outcomes data, this topic is controversial and decisions should be made on a case by case basis.

Pearl: What is the best central access for resuscitation for drowning victims?
A femoral approach is preferred over an intra-jugular or subclavian approach to avoid the possibility of a guidewire-induced ventricular fibrillation.9

Pearl: What is the ideal rate of the rewarming process after cardiac arrest?
The goal for rewarming is a target of 1 ° to 2 ° per hour to a range of 33 °C to 36 °C.10 If stable, aggressive rewarming beyond this point should be avoided as hyperthermia has been shown to worsen underlying cerebral ischemia and injury in post cardiac arrest patients. Active warming should be applied primarily to the trunk and not the extremities in an effort to avoid an afterdrop in core body temperature, which can result when the peripheral vasodilation delivers cold blood to the core.4

If the core temperature reaches 36 °C and cardiac arrest persists, consideration should be given to terminating resuscitation efforts. If the patient has a core temperature less than 28 °C, consider extracorporeal membrane oxygenation (ECMO) or cardiopulmonary bypass.11

Case 1 Conclusion
The patient had a GCS of 7 and was intubated. The core temperature was measured at 33 °C, so the patient's clothes were removed and warm blankets were placed. Unfortunately, the patient went into cardiac arrest. Initial pH was 6.4. After 45 minutes of continuous resuscitation, efforts were terminated.

Case 2 Conclusion
A chest x-ray revealed diffuse pulmonary edema with bilateral coalescent opacities. The patient was admitted to the ICU with a diagnosis of ARDS. The patient was eventually intubated and placed on a ventilator. Measures to reduce tidal volume and increase PEEP while avoiding barotrauma were undertaken. The patient eventually had a full neurologic recovery and was discharged home.

Case 3 Conclusion
Children with hypothermia on arrival should not be pronounced dead until they are “warm and dead.” Rewarming measures should be continued until the child is at least 34 °C. Drowning is the leading cause of pediatric mortality worldwide.1 It is a common, complex, often fatal event that can be especially devastating in the pediatric patient. The immediate care of drowning victims is challenging because of unique pathophysiological mechanisms and complex management issues. Prognosis has a linear correlation to the duration and extent of hypoxia, and physicians should focus on early and aggressive management to correct hypoxia and preserve neurological function.  Prevention strategies to improve outcome are of paramount importance.