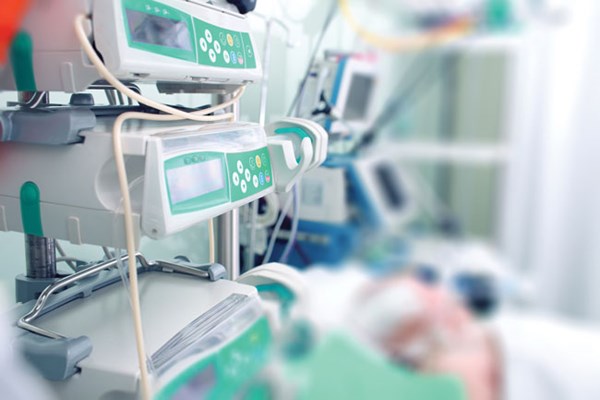 The practice of endotracheal intubation is often executed as follows: the endotracheal tube is placed; propofol/benzodiazepine drips are started; and the intensive care unit (ICU) consultant is called while the emergency department (ED) team addresses the continued influx of patients. As the boundaries between intensivist, resuscitation leader, and emergency physician continue to blur in the era of ED-ICUs and inpatient boarding, the crucial tenets of post-intubation sedation and analgesia can be overlooked. However, their importance is reflected by continued research showing effects on mortality and ICU length of stay.

With the seminal pain, agitation, and delirium (PAD) guidelines published by the Society of Critical Care Medicine (SCCM) in 2013, the care of the critically ill patient requires facility with sedation and analgesia practice standards.1 Overall ED visits have increased over the past decade, and recent studies have shown that ED management and boarding time affects the ICU course.2,3 Furthermore, initiatives such as those of the ICU Liberation Collaborative validate the importance of implementing the PAD guidelines during the early ICU course (and thus, the ED course).4 Implementation of appropriate pharmacologic interventions by emergency physicians have downstream effects on the inpatient course and long-term outcomes for critically ill patients.5

The Concept of Analgesia-first Sedation

As a departure from prior SCCM guidelines, the 2013 SCCM PAD guidelines recommend prioritizing analgesia over sedation in the mechanically ventilated patient.1 Analgesia-first sedation or “analgosedation” is the concept of controlling pain prior to implementing sedation medications.6 This concept was first introduced in 2010 by Strøm et al.7 Randomizing patients to a protocol of no-sedation/analgesia-only vs. sedation with daily interruption, the study was able to find analgesia-only strategies to have significant reductions in length of stay and mechanical ventilation.7 From the Tanaka et al study in 2014, the depth of sedation in the first 48 hours of ICU stay was strongly and independently associated with increased hospital mortality.5 As a secondary analysis of 45 Brazilian ICUs, this group used GCS as a surrogate for the Richmond Agitation-Sedation Scale (RASS), independently associating deeper sedation with higher mortality.5 The importance of minimizing sedation depth and prioritizing analgesia is further reflected in the recent work by Faust et al, which implemented the analgosedation paradigm in a medical intensive care unit, showing improved length of stay and duration of mechanical ventilation.8

While departmental flow and logistical demands of the ED often require deep initial sedation in the post-paralytic period, the subsequent, more stable post-intubation period is an appropriate time to the target the analgesia-first, benzodiazepine-sparing strategies of the first 48 hours. The avoidance of benzodiazepines and the prioritization of opioid medications are consistent with the PAD guidelines as well as with recent evidence showing benefits of addressing analgesia-first in the sedation strategy.

The emergency physician should be familiar with quantification methods for analgesia titration. The pain experienced by the critically ill patient is quantified by the Critical Care Pain Observation Tool (CPOT) and the Behavior Pain Score (BPS), both of which have been validated against the gold standard of communicative patients' pain reports.9 Quantifying pain using scales like the CPOT (Figure 1) or BPS (Figure 2) provides objective data for post-intubation pharmacologic interventions. The CPOT is particularly valuable in that it has been tested and validated in patient populations both with and without delirium.10

Frequently referenced in intensive care literature, the RASS is often the common denominator upon which sedation interventions are based. As one of the initial steps in assessing delirium via the CAM-ICU score, the RASS level quantifies the depth of sedation, providing structure in employing contemporary protocols.

To define the movement toward lighter sedation protocols, a RASS of 0 to -1 is often used as a benchmark. Another way of defining a RASS of -1 is asking, “Does the patient open eyes to verbal stimuli and maintain eye contact for >10 seconds?” Using the RASS to titrate sedation, Shehabi et al examined medical and surgical units from a number of countries to investigate the correlation between deep sedation (RASS  ‰¤ -3) within the first 48 hours of ICU stay and increased time to extubation and mortality.11 Both in Australian and New Zealand ICUs as well as in subsequent studies in Malaysian ICUs, the group found a consistent association.11,12

The concept of lighter sedation protocols was further addressed in seminal literature by Mehta et al in 2012, which investigated daily sedation interruption in the setting of protocolized, targeted light sedation.13 By showing that daily sedation interruptions added to protocolized sedation did not produce clinically important outcomes, the study group further supported the importance of targeting lighter sedation protocols once the patient has been stabilized on the ventilator.

Cautious Use of Benzodiazepines

In addition to analgesia and lighter sedation goals, post-intubation sedation pharmacology has been evaluated at the meta-analysis level to show correlation between specific drug classes, namely benzodiazepines, and outcomes like increased length of ICU and hospital stays, and duration of mechanical ventilation.11,12,14 Directly relevant to the ED, new research in both medical and surgical units has focused on preventing deep sedation by specifically avoiding benzodiazepine-centered approaches as a means to improve length of stay outcomes.14,15 The GABA mechanisms of benzodiazepines have been regarded as a contributor towards increased time on mechanical ventilation and in the ICU.

Given the potential disadvantages with traditional combinations of propofol/midazolam or fentanyl/midazolam, ongoing research and experience with ketamine, remifentanil, or alpha-2 agonists like dexmedetomidine and clonidine may provide effective alternative strategies. The improved outcomes in the Faust 2016 study were in context of statistically significant increased utilization of propofol, dexmedetomidine, or fentanyl compared to benzodiazepines.8 Broadening the pharmacologic arsenal provides alternative options in achieving goals of adequate, yet targeted light sedation.

Though the majority of the aforementioned data comes from ICU populations, the tenets of sedation and analgesia from recent SCCM guidelines are relevant to the current state of emergency medicine. There continues to be a growing overlap both in thought paradigm and in geographic location between the ED and the ICU. The creation of ED-ICU practice spheres and the ever-expanding utilization of critical care-trained physicians in the ED reflect the need for enhanced practices for sedation and analgesia in the mechanically-ventilated patient.