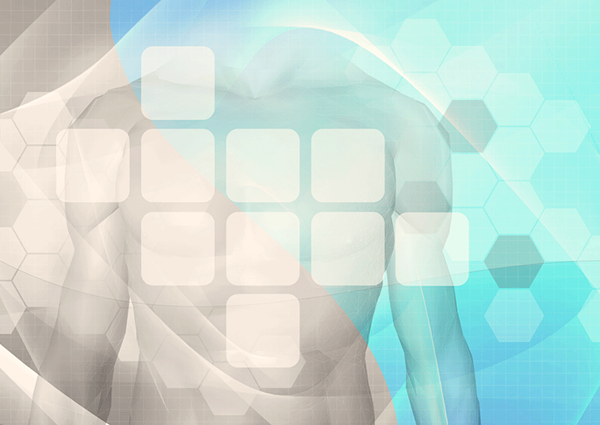 Case 1
The Patient
A 48-year-old male presents with a painful rash on his left chest, back, and in his axilla. He states that he developed worsening pain in the area for 3 days before the rash erupted, followed by the appearance of the findings seen in the images provided. He has no fever, no known exposures, and has never had anything like this before. He has no medical problems, takes no medications, and has no allergies.

What is the diagnosis and appropriate treatment?

The Patient
A 9-month-old male is brought to the emergency department because of a fever to 103.0 º F, and the skin eruption seen in the photograph. The patient was fussy and had decreased oral intake starting the day prior to the development of the rash and fever. The patient did not attend daycare and had no previous rash like this. 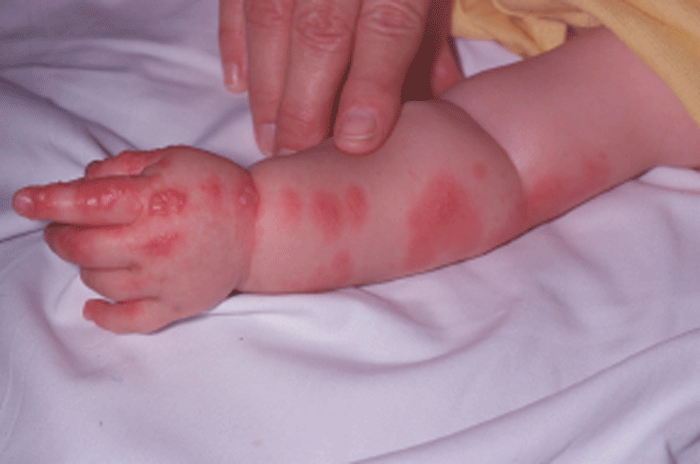 What is the diagnosis?

Case 1.
The clinical findings in this patient are consistent with acute herpes zoster (shingles). Herpes zoster most often presents as a unilateral painful vesicular rash that follows along a dermatomal distribution, as demonstrated in this case (approximately T2-T3 dermatome). The condition results from a reactivation of the varicella zoster virus, and may occur at any time, but is especially common in times of stress or immunocompromised states. Herpes zoster ophthalmicus (V1 distribution) may involve the nasociliary branch of the trigeminal nerve and produce vesicles on the cornea or tip of the nose (Hutchinson's sign). Ramsay Hunt syndrome is associated with vesicles in the auricle along with a Bell's palsy. Therapy is primarily aimed at controlling the intense pain that may accompany the rash. Acyclovir or similar agents may hasten recovery and decrease pain if started early. Steroids are controversial, but may reduce the risk of post-herpetic neuralgia. Admission for IV acyclovir should be considered for patients with multi-dermatomal zoster, corneal involvement, or disseminated disease in immunocompromised patients.

Case 2.
The clinical findings in this pediatric patient are consistent with another case of acute herpes zoster. This eruption approximates the C6-C7 dermatomal distribution. A careful history reveals that the patient was exposed to varicella at age 3 months, but did not manifest a systemic illness from that exposure. Zoster, typically considered an adult disease, can occur in any child exposed to the varicella zoster virus or the vaccine. This condition might be confused with primary varicella or disseminated herpes zoster. Acyclovir is the primary treatment for zoster in children. The difficulty in this case is considering the diagnosis in a child.