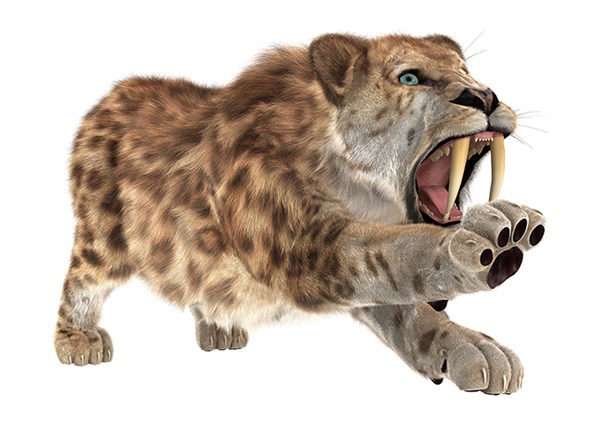 The double doors leading to the emergency department opened and I was greeted by a large, startling Ice Age animal that opened its menacing jaw wide, the light glinting off its long, razor-sharp teeth. It was a saber tooth tiger...

OK, so most of us are not going to meet an actual saber tooth tiger in the ED, but pulse-quickening encounters are not infrequent in our work. Patients present in extremis with conditions that may induce a similar fight-or-flight-like response: conditions with names like ST-elevation MI, bleeding esophageal varices, and septic shock. While not every patient who walks through our doors presents with an immediately life-threatening problem, the frequency of conditions like these is high enough that our specialty has been known for attracting adrenaline junkies.

Working in the emergency department, where a metaphorical saber tooth tiger could be lurking around any corner, requires a special approach. In fact, it is our distinct way of thinking that defines our specialty.

Former Navy SEAL Lars Draeger describes in his book, Navy Seal Training Guide: Mental Toughness, how the practice of tactical thinking is readily apparent in military special operations. These highly trained operators are immersed in environments in which a threat to themselves, their team, or their goals for the mission potentially lurks around every corner or behind every door or tree. They must multitask in the here-and-now, walking carefully to avoid landmines, snakes, or noisy sticks that could alert the enemy, while also keeping their eyes peeled for any signs of movement. If they secure an enemy location and then the enemy reappears and tries to overrun the location, they must re-secure the location.

The military is not the sole domain of tactical thinking. In 2007, Dr. Jerome Groopman published the New York Times-bestselling book How Doctors Think, a look at the cognitive processes of physicians in their work with patients. This text led me to ponder specifically how emergency physicians think. The answer is, in fact, tactical thinking: a priority-centered way of thinking in an austere environment. One ready example of this form of thinking is Advanced Trauma Life Support. ATLS, although surgeon-developed, focuses on management of the trauma patient in the emergency department and highlights tactical thinking with its ABCDE approach. It is a form of tactical thinking where a mnemonic expresses its priorities: 'A' for airway first, 'B' for breathing second, etc.

Continuing, the emergency physician frequently encounters undifferentiated patients. The immediate priority is stabilization. Diagnosis is important too, but if a diagnosis is not clear during the initial stabilization phase, further testing and work-up are less of a priority until the patient is stabilized. If at any point a stabilized patient begins to deteriorate, the physician returns to the beginning of the loop with resuscitation. In contrast, the thinking of most physicians in other care settings is more linear. If a physician sees a patient in the office or on the ward for congestive heart failure, the diagnosis is generally already known and the work-up pace usually slower. Emergency physicians must employ tactical thinking because they are commonly managing multiple patients — sometimes with little medical history — and must identify and treat potentially immediately life-threatening conditions within acute time constraints.

Although emergency physicians use a priority-based, non-linear mode of thought, this does not make them short-minded. As suggested by the time travel illustration given earlier, when one is faced with something that is potentially immediately life-threatening, other concerns are secondary. On the opposite end of the spectrum is strategic thinking, which focuses on long-term (often over the course of years) engagement with objectives. A researcher developing a new vaccine for an emerging infectious disease might embark on such a project for years before the new vaccine is deemed safe and effective and is licensed. This kind of long-term, far-reaching thinking could prove inappropriate — even dangerous — if applied to direct patient care in the ED. The emergency physician does not address everything on an obtunded patient's problem list, such as the patient's chronic onychomycosis, before managing the patient's airway and intubating if necessary.

After the priority of resuscitation and stabilization, a second priority is the patient's disposition. The physician should be asking him/herself, "Have I made this patient feel better?" and, "Have I addressed this patient's concerns?" Physicians are more than button-clickers - we are healers. As tactical thinkers in a busy department, emergency physicians should ask themselves to which goals a given action is directed.

As physicians in the emergency department, we need to think about the way we think and reflect on our own cognitive processes so we can outsmart the saber-toothed tiger, so that we may “outsmart” the ST-elevation MI, bleeding esophageal varices, or septic shock. Thinking about how we think makes us better doctors. It makes us better able to help our patients.