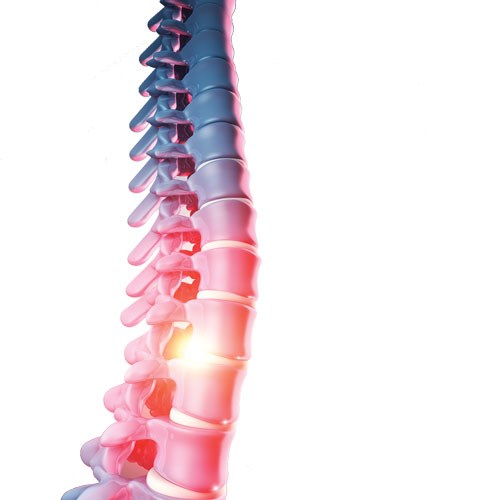 Straight to the Source: Local Treatment Options for Low Back Pain

Low back pain (LBP) is one of the top 5 chief complaints among patients presenting to the emergency department (ED), making it an important health issue in the United States.1 The goal of therapy for musculoskeletal LBP is to minimize pain, decrease local inflammation, and return the patient to normal function as soon as possible.2 Orally administered NSAIDs, muscle relaxants, and opioids have been effective in the treatment of LBP, but each class has its own drawbacks in certain patient populations.

The purpose of this article is to review local agents that are effective alternatives to oral analgesics in the treatment of LBP.

Certain topical NSAIDs (ie, formulations that contain diclofenac, ketoprofen, or ibuprofen) have been shown to be effective and well tolerated for the alleviation of local pain.3 Among these options, the most commonly used agent is diclofenac, which is available in two topical forms — a patch and a gel. A 2008 review of 19 randomized controlled trials that compared topical diclofenac with either a placebo or an active drug (oral diclofenac and oral ibuprofen) demonstrated that diclofenac significantly mitigated local musculoskeletal pain when compared to oral agents.2

Ketoprofen is also available as patch and as a gel. The efficacy of the patch form was compared with a placebo in 163 patients with ankle sprains and found to significantly reduce pain.3,4 Similarly, in a meta-analysis of three pilot studies of exercise-induced muscle pain, locally delivered ketoprofen gel was more effective than both the oral form of the NSAID and placebo.3-5

Ibuprofen (5%) is available as a cream, a gel, and a transdermal patch. In a comparison with placebo, the cream was found to notably decrease pain associated with sprains and other musculoskeletal conditions.3,6 In a study of patients with acute soft tissue injury, the 5% gel form had efficacy similar to that of 400-mg ibuprofen tablets and achieved higher patient satisfaction scores.3,7 In a study of 81 patients randomized to use either ibuprofen gel and placebo, those who used the gel experienced a faster reduction in pain than those using placebo, enabling them to resume physical activities sooner.3,6

Topical NSAIDs have their own set of possible side effects (skin irritation, poor skin permeability, and allergic reaction), but they are usually limited to local effects as opposed to the systemic effects of oral NSAIDs.3 For many reasons, topical NSAIDs offer an attractive alternative to oral NSAIDs for the treatment of acute localized pain.

Lidocaine patches (Lidoderm) induce local anesthesia and provide another alternative in the management of LBP.8 A 2003 study evaluated lidocaine's ability to treat acute, subacute, and chronic LBP in 131 enrolled patients. The patients showed significant improvement within 2 weeks of patch placement. Side effects, seen in 6% of the study group, were limited to local skin reaction, nausea, dizziness, and headache.9 That being said, cardiac toxicity is possible with concurrent use of Class I antiarrhythmics or beta-blockers despite the low systemic absorption associated with lidocaine patches.10

Capsaicin, or cayenne, is a powerful topical stimulant that acts by persistent skin desensitization upon repeated exposure.11 The evidence behind its use in acute and chronic pain is based on a Cochrane systematic review of three randomized control trials.12 One trial included 40 patients with acute LBP who were randomized to either a placebo or a capsaicin-containing cream.12 Patients in the treatment arm experienced significant alleviation of pain at 3 days and 14 days. Another trial randomized 154 subjects with acute or chronic LBP to receive either placebo or capsaicin-containing plasters. Patients in the capsaicin treatment arm reported twice the relief when compared to the placebo group.13 The only side effect was local skin irritation.

Another herbal option is wintergreen oil, which is composed predominantly of methyl salicylate, an agent chemically similar to acetylsalicylic acid (aspirin). When applied to the skin, wintergreen oil produces local tissue analgesia. The effect is synergistic when applied topically with peppermint oil, lowering the dose needed to achieve analgesia and thereby lowering the risk of side effects. It is also incredibly important to emphasize that accidental (or intentional) ingestion of wintergreen oil places patients at extremely high risk of salicylate toxicity, which can be fatal. Thus, extreme caution must be observed when using this agent.

A number of local analgesics are available for the management of low back and general musculoskeletal pain, and are generally well tolerated. Topical compounds carry their own set of potential side effects, but they tend to be milder than the systemic effects associated with oral NSAIDs, opioids, and muscle relaxants. Emergency medicine physicians should consider these alternatives to oral analgesics when treating patients with low back pain. ¬