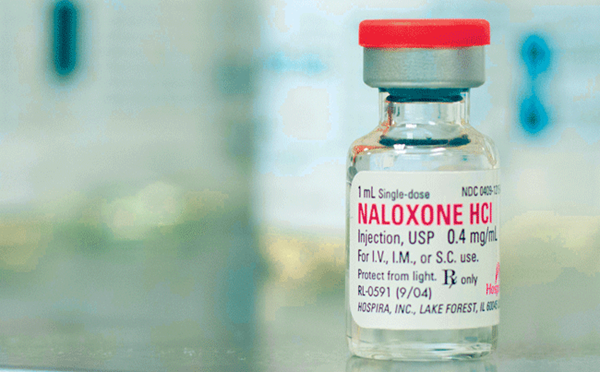 Take-Home Naloxone: Preventing Death in an Era of Abuse

The United States is in the midst of an opioid epidemic, resulting in a significant increase in overdose deaths.1 From 2000 to 2014, there was a 137% increase in total overdose deaths, which was largely driven by both prescription opioids as well as injected heroin and fentanyl.2 The epidemic extends across all demographic and socioeconomic classes. For example, individuals with insurance and females were previously considered low risk but are now contributing significantly to the number of overdoses and deaths.3 Furthermore, in 2012, there were 259 million opioid prescriptions written in the U.S., which equates to roughly one prescription for every American adult.4 As the number of opioid prescriptions increase, so too does the potential for prescription misuse, overdose, and death.

Take-Home Naloxone Programs
One of the proposed methods for mitigating fatal opioid overdose is to prescribe naloxone to at-risk patients. Naloxone is a relatively inexpensive and safe medication that works by competitively binding and inhibiting the mu-opioid receptor. By displacing the previously bound opioid, naloxone quickly reverses the potentially lethal effects of opioid overdose, such as respiratory and central nervous system depression. While take-home naloxone (THN) programs have been in place in the U.S. since the 1980s, some have expressed concern that the distribution of naloxone may encourage opioid use and paradoxically increase the number of overdoses. There are no data to support these negative claims, but there are limited data showing the opposite. At least 2 studies have demonstrated a decrease in opioid use in those trained in the recognition of and response to an opioid overdose.5-6

Who Should Receive THN?
When discussing who would benefit from THN, most would consider patients who use illicit opioids and have presented to the emergency department after an overdose. However, it is also important to recognize that patients suffering from medical conditions requiring chronic opioid pain medications to control their symptoms could also benefit from THN. This is not just because of their own personal risk, but also because of the risk to others in the home who may have access to these prescriptions.

Those at highest risk for opioid overdose tend to be those who are unmarried or unemployed, have mental health issues, have received multiple opioid prescriptions, have underlying lung disease, and have had previous episodes of overdose.7-9 However, while it is important to counsel this particular subset of at-risk users, it is just as important to offer training and resources to concerned family members, friends, and spouses.

Available THN Devices
There are 4 methods for naloxone delivery commonly being used in U.S. THN programs: 2 via intramuscular delivery and 2 via intranasal methods. Two methods for intramuscular delivery include an autoinjector and an improvised kit that must be assembled at the time of use. The autoinjector, EVZIO, uses a 2-step process with audio instructions to guide the subject to deliver a dose of 0.4mg/0.4mL or 2mg/0.4mL of naloxone, depending on the device.10 The other intramuscular method uses a kit that consists of a vial of naloxone, a needle, and a syringe. People using the intramuscular naloxone kit are expected to successfully assemble the device, draw up the appropriate dose of naloxone, identify the appropriate site of intramuscular injection, and successfully administer the medication. The dose commonly used is again 0.4mg.11

The intranasal methods include a one-piece intranasal device, and an improvised kit that must be assembled at the time of use. The intranasal kit consists of a syringe, an atomizer, and a screw-on vial of naloxone. Instructions direct the person administering the naloxone to deliver half of the dose in one nostril and the other half in the other nostril.12 The other intranasal delivery device, NARCAN ® Nasal Spray, is a one-piece device that is designed to administer 4mg of naloxone into one nostril.13 Recently, the FDA approved a 2mg strength NARCAN ® Nasal Spray for chronic opioid users at risk for severe withdrawal symptoms.

Over-the-Counter Naloxone
Naloxone is not currently FDA-approved for over-the-counter (OTC) distribution. However, in an effort to make naloxone more available, select pharmacies will offer it without a prescription.14 One concern with OTC naloxone is that people would not receive proper training prior to purchasing the drug. Without training, the device may not be used properly and the activation of emergency medical services (EMS) may be delayed. Consumers may not understand that although an overdose victim may initially respond to a single dose of naloxone, they may require additional doses because of its relatively short duration of action in comparison to the ingested or injected opioid.

In addition, there is controversy over lay-person administration and good Samaritan laws if something were to go wrong, and over whether there should be legislation to protect people at the scene from arrest for possession or similar charges.

Conclusion
While the opioid epidemic continues to worsen, efforts to mitigate its effects include the use of naloxone administered by bystanders as part of take-home naloxone programs. The requirements for training in these programs are not onerous and do not take a significant amount of time. Providing training and prescribing naloxone to at-risk patients or their friends or family members may help prevent fatal opioid overdoses.