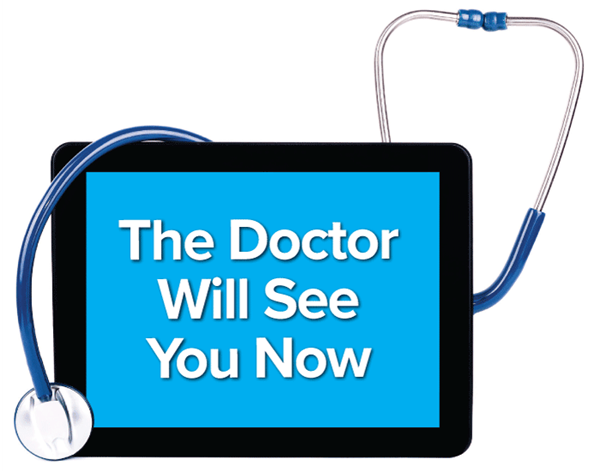 A 34-year-old female woke up today with a sore throat. She hoped she would improve as the day went on, but the pain persisted despite over-the-counter medications. She tried calling her primary care physician but was unable to get an appointment until the following week. Next was a tough decision: Does she forego care? Does she brave the hour-long drive and 4-hour wait in the emergency department? She has to pick her kids up from school at 3 pm and it is already 12:30 pm. Unable to decide, she calls on a friend for help, who tells her about a new telemedicine app.

Within minutes, she has downloaded the app and created her patient profile. After another 10 minutes, she's face-to-face with a physician who, after a thorough consultation, reassures her this is most likely viral pharyngitis and offers tips on symptomatic relief as well as warning signs for seeking further care. Properly reassured, she continues with her busy day.

What is telemedicine and why are we hearing about it now?

Telemedicine refers to clinical services performed using telecommunications, such as video or voice, and was formed in the 1970s by mostly EMS providers.1 Mainstream adoption began due to improved access to high speed mobile networks, better video technology, and monetary incentives. Medicare passed its Medicare Telehealth Parity Act of 2015, so more insurance companies are starting to cover telemedicine services. With 84% of Americans using the internet and two-thirds of Americans owning a smartphone in 2015, telemedicine is currently estimated to be worth $23 billion, with a projected rise to $66 billion by 2021.2,3

How is telemedicine currently being used?

Telemedicine is most well-known as a direct-to-consumer product that enables patients to use a secure app to have a medical encounter with a provider through video. The goal is to decrease costs, waiting times, and other barriers associated with seeking treatment. Another facet of telemedicine is physician-to-physician consulting, such as teleradiology, telestroke, teletrauma, and tele-ICU, with many more avenues expected as technology improves.

What are some of the benefits of telemedicine?

The ultimate benefit is convenience to the patient. The patient is able to access the service anywhere with an internet connection and, when compared to office visits, enjoy decreased wait times and decreased cost. One company's brochure advertises 24-hour service with a median 8-minute wait time.4

The question of whether telemedicine decreases costs to the health care system remains unresolved. Researchers at the RAND Corporation recently analyzed telemedicine visits for acute bronchitis. They found the cost of an average bronchitis episode decreased from $1,734 in the ED to $79 via telehealth, a 95% decrease in costs.5 However, they also noted increased utilization of services, leading to an increase in net cost. It did improve access, and it may be worthwhile to consider telemedicine as an aid to access rather than simply a cost-saving tool.

What are some of the drawbacks?

Of course, telemedicine cannot be used for all complaints and is not a panacea. Some of the major drawbacks in telemedicine include lack of reimbursement, patient and provider buy-in, internet access, set standards, and education in the field. States require physicians to be licensed in the patient's state, which increases cost. However, there are some solutions on the horizon: to improve internet access, the Federal Communications Commission is proposing broadening its Lifeline assistance program, designed to provide subsidized internet to low income Americans. Medicare currently only covers telemedicine services in rural areas, but the Connect Bill (S2485) is seeking to bridge that gap. As more institutions and companies offer the service, more patients and providers are learning about it.

What about the physical exam?

The telemedicine exam is different from an in-person visit, as it may require unorthodox means of eliciting findings, such as teaching patients to count their own pulse or instructing them on a back exam. In this age of informatics and clinical decision-making tools, many diagnoses can be elicited by a complete history and a limited telemedicine physical exam.6

What are the effects of telemedicine on emergency medicine?

Emergency departments nationwide have already benefited in the form of teleradiology and telestroke consultations. With increased access to on-demand telemedicine visits from their homes, the hope is that patients are less likely to need to visit the ED. One company cites that almost 20% of its visits would have been in an ED without their service.7 Many telemedicine companies are recruiting emergency medicine trained physicians to provide services, because they are equipped to make quick decisions with limited information. Future options for EM applications of telemedicine include tele-triage and remote second opinions in trauma.

Where is the future of telemedicine?

The field of telemedicine is blossoming in the age of rapid technological innovation. It is branching into electronic medical record development, digital health, wearable technology, and mobile applications. One of the biggest hurdles is acceptance by the medical community and general populace. It will be interesting to see where telemedicine fits into our current healthcare paradigm in the near future.

Where can I learn more?

ACEP offers a Telemedicine Primer (acep.org/uploadedFiles/ACEP/Membership/Sections_of_Membership/telemd/ACEP Telemedicine Primer.pdf), describing telemedicine's use in the emergency department. Students or residents interested in the field of telemedicine and in joining the ACEP Emergency Telemedicine Section should contact Aditi Joshi, MD, MSc, FACEP, Medical Director of JeffConnect ® (aditi.joshi@jefferson.edu) and the section liaison to EMRA.