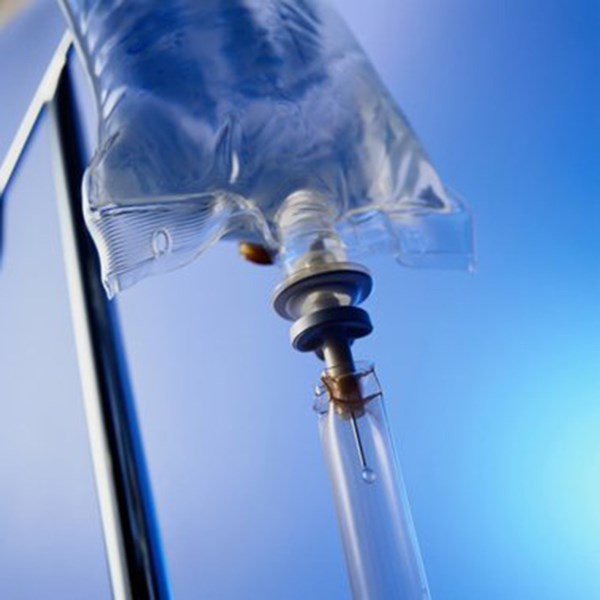 The Enlightened Era of Sepsis Management

Since the Surviving Sepsis Campaign (SCC) Guidelines came out in early 2013,1 literature on sepsis management has expanded with not only the ProCESS trial,2 but now the ARISE trial3 and other research. These new studies represent landmark updates affecting our specialty (see the discussion of ProCESS in the June 2014 issue). We will discuss how this new literature affects your ED management.

What is the ARISE trial, and how does it compare with ProCESS?
The ARISE trial is a prospective, randomized, parallel-group trial that hypothesized that early goal-directed therapy (EGDT) would improve mortality outcomes when compared to usual care.3 It enrolled 1,600 patients in early septic shock (defined as sepsis with either an SBP <90 mmHg or a MAP <65 mmHg after  ‰¥1 L bolus in 1 hour or lactate  ‰¥4 mmol/L) and stratified them into the EGDT versus usual care groups with intervention therapies given until six hours after randomization. Predictably, EGDT and its use of arterial and central venous catheters for continuous ScvO2 measures resulted in significantly greater use of vasopressor infusions, blood transfusions, and volume of IV fluids versus the usual care group. However, EGDT had no difference in the primary outcome of 90-day all-cause mortality when compared to usual care (18.6% vs. 18.8%; RR 0.98, 95% CI 0.80-1.21). Compared to usual care, EGDT did not improve mortality.

The ProCESS trial involved 1,341 patients in early septic shock (same parameters as ARISE) and stratified them into three groups (protocol-based EGDT, protocol-based standard therapy, and usual care) measuring 60-day in-hospital mortality as the primary outcome.2 While the ProCESS trial involved multiple EDs in the United States, ARISE was multinational and incorporated not only academic centers, but also community hospitals and smaller institutions that might be more resource constrained.4 The ProCESS study design incorporated the nuance of three groups because they questioned whether a protocol approach might be different from usual care and, if so, which protocol was better. The terminology of the three groups from the ProCESS trial has been somewhat confusing to many readers.

In short, individuals in the protocol-based EGDT group received predetermined aggressive care as defined by the famous Rivers study. The protocol-based standard therapy was very similar, though use of central access was not required, nor was resuscitation fluid dictated. Patients in the usual care group received treatment completely left to the discretion of the treating physician and followed no preset protocols. Usual care was still aggressive care by most measures, however. Ultimately, ProCESS showed no difference in mortality outcomes at 60 days, 90 days, or at one year among all three groups.

Both the ProCESS and ARISE trials make it clear: usual care, as practiced in these studies, is non-inferior to EGDT in mortality outcomes for patients in early septic shock.

What are the prognostic qualities of lactate in managing sepsis?
We know that septic patients with a lactate >4 mmol/L qualify for the diagnosis of severe sepsis, independent of hemodynamic measures. However, what is less clear is the prognostic significance of an “intermediate” lactate (range: 2.0-3.9; varies per study) in a septic patient without hemodynamic compromise. Sure, the lactate is abnormal, but is this actionable? A recent systematic review of five prospective and three retrospective studies showed that patients diagnosed with sepsis having intermediate lactates and normotension had about a 15% mortality rate.5 Presence of a high lactate (>4 mmol/L) or hypotension would obviously increase mortality further. Given that these sepsis patients with intermediate lactates could progress to septic shock, they should receive overall aggressive care. Compared to mortality rates of other acute emergencies like myocardial infarction (5%), nonmassive pulmonary embolism (~15%), and ischemic stroke (12%), an intermediate lactate value in a septic patient without hemodynamic compromise still warrants critical concern, and reevaluation based on lactate clearance should be considered.5

Are there any updates on blood transfusion parameters?
Currently, the Surviving Sepsis Campaign (SSC) recommends RBC transfusion if the Hgb is less than 7.0 g/dL, with a target range of 7.0-9.0 g/dL. This excludes additional extenuating circumstances like myocardial infarction, severe hypoxemia, acute hemorrhage, or ischemic coronary artery disease.1 However, with the limited data published so far, there is still controversy regarding the risks and benefits of transfusion in patients with septic shock. The recent Transfusion Requirements in Septic Shock (TRISS) multicenter clinical trial involved 998 septic shock patients who were administered RBC transfusions upon reaching predetermined trigger values (lower-threshold group [Hgb  ‰¤7 g/dL] versus higher-threshold group [Hgb  ‰¤9 g/dL]).6 The lower threshold group had significantly fewer transfusions with similar 90-day mortality outcomes (even accounting for age, chronic CVD, and acute physiologic parameters). Secondary outcomes, including use of life support measures, severe adverse reactions, and ischemic events, were also similar. This study helped to reaffirm that a Hgb <7.0 g/dL appears reasonable as a threshold for transfusion and that a liberal transfusion approach in septic patients should be scrutinized critically.

How time-dependent is antibiotic administration?
The latest SSC guidelines recommend “administration of effective IV antimicrobials within the first hour of recognition of septic shock and severe sepsis”¦.”1 The relationship between delay in antibiotics and worsened mortality in septic shock was cogently established by Kumar, et al, in 2006.7 A recent retrospective analysis by Ferrer, et al, expands this to include septic shock and severe sepsis patients. This study enrolled 17,990 patients in various ICUs in Europe, the United States, and South America.8 They showed significant harm if the time between patient presentation and first antibiotic administration exceeded two hours. As expected, they found mortality steadily increasing with each hour of delay in antibiotic timing in the first six hours and beyond. Figure 1 shows the predicted percent mortality rate with 95% CI in relation to time to first antibiotic upon patient presentation in the United States.

So, there appears to be benefit to following the SSC bundle recommendations to administer broad-spectrum IV antibiotics within the first hour.

Should I consider other fluids beyond normal saline for resuscitation?
Though some data suggest a trend in mortality benefit with albumin, especially in larger volume resuscitations, IV crystalloids continue to be the de facto fluid of choice.1 The guidelines recommend a 30 cc/kg fluid challenge in the context of sepsis-induced tissue hypoperfusion or suspicion of hypovolemia. There is recent literature suggesting that balanced fluids (e.g., lactated Ringer's solution [LR]) should not be discounted.9 Benefits of LR include an electrolyte composition closer to plasma, whereas isotonic saline has supraphysiologic chloride content and leads to hyperchloremic metabolic acidosis. A recent retrospective cohort study evaluated the effects of balanced fluids in 6,730 septic patients requiring ICU admission and vasopressors.10 The study found a lower in-hospital mortality (19.6% vs. 22.8%; RR: 0.86; 95% CI 0.78-0.94) in those who received a fraction of balanced fluids (in most, balanced fluids represented <40% of total resuscitation fluids) compared to the non-balanced-fluid group. Also, there appeared to be a reduction in mortality with increasing proportions of balanced fluid use. Though there may be a suggested advantage of balanced crystalloids versus saline, the use of balanced fluids in resuscitation of septic patients still requires further randomized controlled trials to characterize its effect. 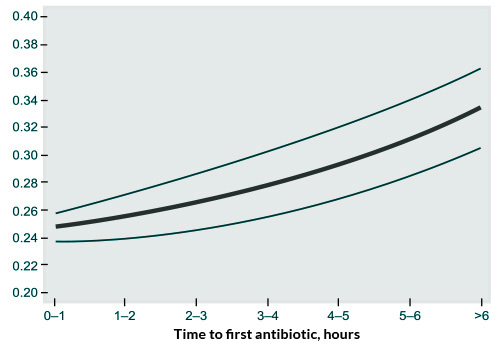 What's the conclusion?
With all of the new data, some old practices may be put into question. A few things can be highlighted, however. Sepsis continues to be a time-dependent condition, just like myocardial infarction or stroke. Early recognition, hemodynamic resuscitation, broad empiric IV antibiotics, and source control are all critical actions. And remember, your “usual care” is probably just as good as EGDT.