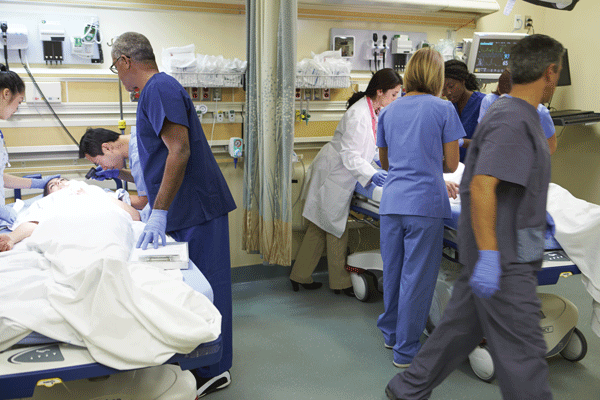 The July Effect: Is the Emergency Department Safe?

Media outlets have been stepping up their game with increasingly captivating headlines. When we see titles like “Viagra Con Man Hit with a Stiff Sentence,” we don't think twice. We get it; this stuff sells. But lately “Don't get sick in July” articles have been catching our eye.

As we all know, the month of July marks the beginning of the academic year. With every new year comes new residents, and with new residents comes very little clinical experience. According to these articles, the month of July sees the highest number of medication errors, longer lengths of stay, and decreased quality of care because of the massive influx of inexperienced physicians — hence the term the “July effect.”

The concept is controversial and debatable. Does a July effect exist at all? Does it exist in EM? If so, what can we do about it?

History of the July Effect

The term was first reported in 1990,1 and the similar “killing season” in Great Britain was identified soon thereafter.2 A 2010 Journal of General Internal Medicine study showed a 10% increase in fatal preventable adverse drug events across all hospital departments during the month of July.3 The study compared teaching hospitals with non-teaching hospitals and attributed their results to the arrival of new residents. It makes sense: New physicians using different computer systems and following different hospital protocols are probably more likely to make medication errors.

However, an equal number of studies have found no difference on patient safety events in July. Considering that studies with no effect are less likely to be published, we question whether the increase in errors actually exists, or if it is some artifact based on the type of observation. In light of the heterogeneity of results reported and the fact that most of the studies are observational in nature, it is hard to conclusively determine the July effect does exist. A 2011 review on the topic, though, did note that while there was significant heterogeneity, the studies that did find evidence for the July effect tended to be higher quality studies than those that did not.4 It is possible, therefore, that the July effect exists, but the evidence to date is not convincing.

If we accept that the July effect is a possibility, we then ask: Does the July effect happen in emergency medicine? Studies, again, are conflicted. A 2010 study from the Journal of Trauma concluded an increased risk of error without an effect on mortality.5 On the other hand, a different study from 2009 showed no changes in outcome during July.6 These conflicting results are not surprising. Because the outcomes associated with the July effect are highly variable, and EM lacks the detailed patient outcome reporting of other specialties, we suspect future studies in the ED will continue to disagree.

In our opinion, emergency medicine is less susceptible to the July phenomenon than other specialties for several reasons. First, delivery of care in the ED requires a large team of nurses and house staff, increasing the possibility of catching errors before patients are affected. Second, acute interventions, such as for stroke or MI patients, usually fall into standardized protocols with little variation from hospital to hospital. These protocols have been drilled into our heads by the time we begin residency, and this repetition translates to less errors. Finally, the practice of consulting specialists to ensure the best care likely plays a dramatic role in improving outcome and decreasing errors.

Some may argue, though, that having so many people involved in care diffuses responsibility for both commission and reporting of errors. Also, communication among the increased number of team members may play a role in errors in the ED, as more than half of all sentinel events in hospitals are consistently attributed to errors in communication.7 While these concerns may be valid, they represent systemic patient safety issues in EM, which occur throughout the year. They would, therefore, not contribute to an increase or decrease in errors in the month of July, but instead would be seen year-round.

If we accept the limited evidence that the July effect does exist in EM, what can we do about it? The first step is to improve our reporting of adverse patient safety events in EM. This is very difficult because of the many stresses and hectic nature of the ED, but it is the only way to ensure we are not harming patients by the care we give. “First, do no harm” is a central tenet of the practice of medicine, and reporting patient safety events allows us to ensure we meet that tenet.

The next step would be to use high-quality studies to examine the existence of the July effect in EM. Large sample sizes and appropriate controls are necessary. The studies to date have failed to consistently identify evidence for the existence of the July effect, and many of them have lacked the quality necessary to allow us to draw firm conclusions.

Overall, there is currently no convincing evidence of the July effect in EM; however, that does not stop it from appearing in mainstream media outlets. Regardless of what the headlines say, you're probably just as safe in the ED during the month of July as any other time of year.