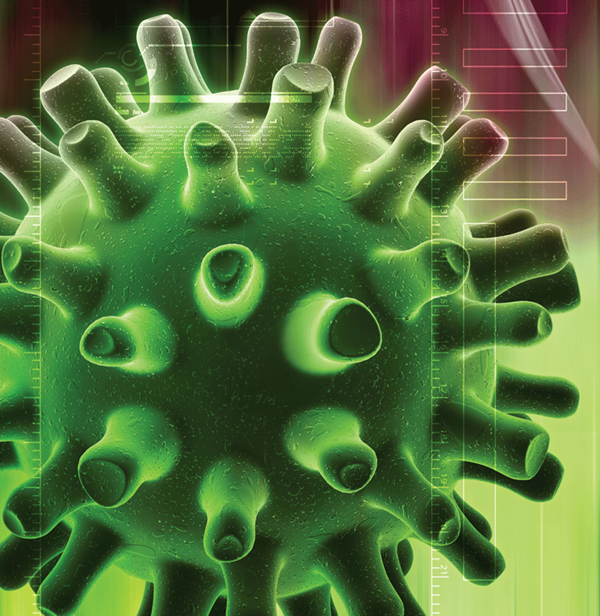 Your next patient is a 36-year-old female with fever, body aches, and headache. She has been ill for four days with a temperature of 101 °F at home. She is afebrile now though, and her only complaint is a headache, similar to her previous migraines. Her family members note that she was confused and repeating questions earlier. Physical examination is unremarkable without photophobia, meningismus, or confusion. You administer intravenous fluids and pain medication. A CBC, BMP, and an influenza swab are all negative. She is discharged home, but returns to the emergency department 48 hours later lethargic and following commands only intermittently. A stat CT head demonstrates cerebral edema with some midline shift (Image 1). She is admitted to the ICU on acyclovir, and is discharged one week later with a diagnosis of herpes encephalitis. Unfortunately, she has persistent speech and motor deficits requiring assistance with activities of daily life.

“Physicians should be reminded to pursue alternate or additional diagnoses when the patient's symptoms cannot be readily explained by a single diagnosis.”

HSV encephalitis can affect patients of all ages, but its distribution is not equal across all age groups. Approximately 33% of patients with this condition are less than 20 years old, and half of all cases occur in patients greater than 50 years old.1 HSV encephalitis is a notoriously difficult diagnosis to make, and should be considered in any patient presenting with fever, headache, and/or neurological changes. These neurological changes can range from subtle behavioral changes to seizures or lateralizing neurologic deficits. In fact, another way to summarize the symptoms of HSV encephalitis is ”˜fever + stroke-like symptoms.' In one study, a viral prodrome of fever, headache, and nausea/vomiting was found in 90% of patients. In 71% of patients, neurologic impairments manifested as behavioral changes, 67% suffered one or more seizures, and 33% had focal neurologic deficits.2

The differential diagnosis for herpes encephalitis is broad, including stroke, meningitis, subarachnoid hemorrhage, and intracranial abscess. Fortunately, most of these conditions can be ruled in or out with a combination of lumbar puncture and MRI. Other encephalitides should also be considered. Anti-NMDA receptor antibody encephalitis causes a similar viral prodrome, with fever and neurologic symptoms. It is caused by an autoimmune reaction against NMDA receptors in the brain and is frequently (though not always) found in patients with concurrent ovarian tumors. Other causes of viral encephalitis include HIV, CMV, and influenza.

Confirmation bias is a type of cognitive bias in which one has the tendency to search for or interpret data in a way that confirms his or her preconceptions. Confirmation biases contribute to overconfidence and can lead to poor decision-making.3 Further, Occam's razor dictates that among competing hypotheses, the one with the fewest assumptions should be selected. In other words, the most likely explanation is usually the right one. However, physicians should be reminded to pursue alternate or additional diagnoses when the patient's symptoms cannot be readily explained by a single diagnosis. Thinking broadly also helps prevent the most common cognitive error in medicine: satisfaction of search. Satisfaction of search refers to the tendency to stop looking once something is found. This can easily be demonstrated by the provider who discovers and admits a patient with acute kidney injury based on creatinine alone. But stopping there, the patient's underlying rhabdomyolysis is overlooked.

In the clinical vignette above, the patient presented with vague symptoms and an unremarkable physical examination, despite the family's claims of transient altered mental status. At the time, all national key flu indicators were elevated and about half of the country was experiencing “high flu” activity. The CDC had reported that the United States was in the midst of a flu epidemic.4 Thus, confirmation bias and satisfaction of search led to the patient being diagnosed with a simple viral syndrome and discharged without receiving a lumbar puncture on her initial visit. Even if the patient had tested positive for influenza (a notoriously unreliable test), her symptoms would still not be completely explained by this diagnosis. Offering supportive care for influenza and failing to make the diagnosis of HSV would have yielded the same unfortunate results.

Lumbar puncture with CSF analysis is essential to the diagnosis of HSV encephalitis. The significance of performing a lumbar puncture cannot be emphasized enough. Studies have consistently demonstrated a lack of self-confidence in residents performing lumbar punctures.5-8 This can be due to many reasons, including a lack of exposure during medical school, improper or inadequate training during residency, patient body habitus, or time constraints. Furthermore, improvements in the quality of CT scanners and increased rates of vaccination for Neisseria meningitis have provided some degree of comfort to providers in deferring this invasive and often painful procedure. However, failing to perform a lumbar puncture can result in misdiagnosis and lead to catastrophic consequences for the patient, as in this case. Characteristic CSF findings for viral encephalitis include an increased lymphocyte count and normal glucose levels, with or without RBCs.

HSV encephalitis is one of the few viral encephalitides for which there is an accurate diagnostic test readily available. HSV PCR is 98% sensitive and 94% specific for the diagnosis, making it the gold standard for diagnosis, along with an MRI.9 The high sensitivity and specificity of PCR for HSV leads physicians to rely on this test for making or excluding the diagnosis, although false-negative results can occur. It is worth noting that HSV PCR levels may be undetectable early in the course of the disease. If clinical suspicion remains high, treatment should be started and the inpatient team can consider repeating a lumbar puncture after 3 days. Levels should remain elevated for 5-7 days after antiviral therapy has been started.

Herpes encephalitis is associated with a relatively poor long-term prognosis. Without treatment, the mortality rate is nearly 70%, and those that do survive will likely suffer severe neurological damage.10 Even with treatment, the mortality rate remains high at approximately 33%, and more than 50% suffer long-term neurological damage. Only 2.5% of survivors completely regain normal brain function.11

Patient outcomes can be improved by treatment with 10 mg/kg intravenous acyclovir every eight hours, preferably initiated within 48 hours of symptom onset. There is relatively little downside to empiric treatment. Acyclovir is often either vastly underused, or herpes encephalitis is not being considered nearly enough. Appropriate supportive care measures should also be undertaken, including airway management, control of seizures, and monitoring for increased intracranial pressure. If bacterial meningitis is also being considered, empiric antibiotics should be administered. The duration of treatment with acyclovir is 14-21 days, and even individuals who are adequately treated can have a relapse of infection weeks to months later. 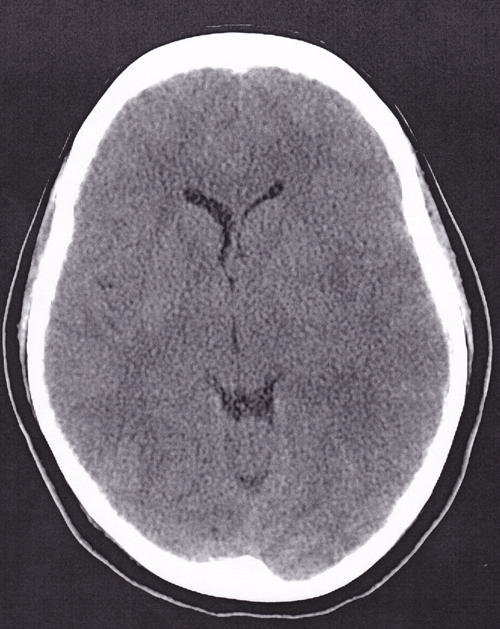 Herpes encephalitis can be a very difficult diagnosis to make, and should be considered in anyone presenting to the ED with fever and neurologic complaints. Attempts should be made to avoid confirmation bias and satisfaction of search, as this disease can easily disguise itself as other conditions, especially early in its course. A thorough workup should be performed, including an MRI and lumbar puncture, if there is any concern for this condition. HSV encephalitis carries a significant morbidity and mortality rate, which makes early administration of antiviral therapy of utmost importance.