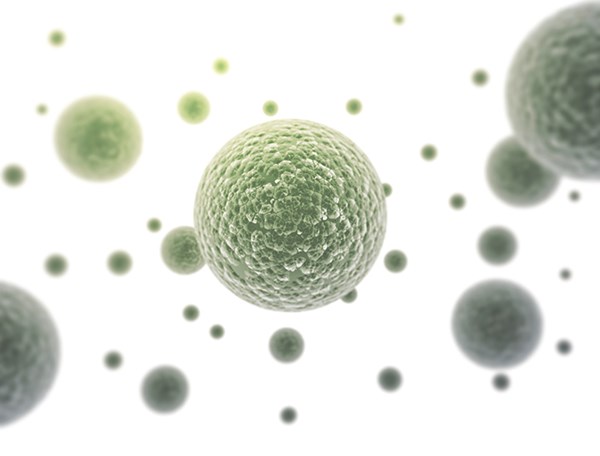 An interview with two experts

Drs. David Huang and Haney Mallemat answer some questions regarding the study and its implications. Dr. Huang is a co-author of the ProCESS study, an EM-trained intensivist, and the director of the University of Pittsburgh Multidisciplinary Acute Care Research Organization. Also an intensivist, Dr. Mallemat is a physician at the University of Maryland Medical Center. Through social media platforms, he has gained an international following as a master educator in the field of EM-critical care, teaching physicians across the globe via Twitter (@CriticalCareNow).

Despite major advances in its detection and management, sepsis continues to be one of the nation's leading causes of death.1 Earlier this year, the Protocolized Care for Early Septic Shock (ProCESS) trial made waves in the world of sepsis management. This study reached some groundbreaking conclusions, and all emergency medicine physicians should be made aware of their findings.

Since the landmark Rivers study in 2001, early goal-directed therapy (EGDT) has been the standard of care for the management of septic shock.2, 3 After the identification of severe sepsis or septic shock, this management protocol requires central venous and arterial catheter placement in order to monitor certain hemodynamic parameters. Resuscitation efforts would focus on maintaining these parameters within specific ranges. These measures were undertaken regardless of the degree to which the patient was hemodynamically compromised. Despite its efficacy, subsequent studies have shown similar benefits with less invasive strategies for monitoring the patient's clinical status, including serum lactate clearance, inferior vena caval collapsibility, and vital signs.4,5 Findings such as these have led many to wonder if the invasive aspects of the EGDT protocol are uniformly necessary; this is the question that the ProCESS trial attempted to answer.6

In this prospective, multicenter, randomized study, 1,341 septic patients were placed into three treatment groups. One group received EGDT; another received a resuscitation protocol that did not mandate the placement of a central line; and the final group did not receive any protocol, leaving all management decisions up to the treating physician. The patient was then closely followed for 72 hours. The primary outcome measured was in-hospital death at 60 days, along with several secondary outcomes that assessed morbidity. The results showed no significant difference in 60-day in-hospital mortality between the three groups. Virtually none of their secondary outcomes, which included death by 90 days, mechanical ventilation, length of hospital stay, and serious adverse events, were found to be significantly different. The authors concluded that protocol-based management of sepsis did not reduce morbidity or mortality when compared to management left up to the physician's discretion. Furthermore, the mandated use of central venous catheters for hemodynamic monitoring – cornerstones of EGDT — did not show any benefit as compared to physician-directed judicious use of invasive monitoring.

Did any of the results surprise you?

HM: No, I was not surprised. EGDT has been questioned for several years now, and there have been other studies conducted [since its publication] that have questioned the need for such a protocol.

What do you think is the take-home message from this study?

HM: We must identify septic patients early and be aggressive in their care. The reduction in mortality from sepsis [over the years] is likely a reflection of early and aggressive care in the emergency department — care that was pioneered by the EGDT trial. So the take-home message for me is early identification of sepsis, followed by early resuscitation and antibiotic administration.

What will you teach your residents and fellows?

DH: I will tell them that the core principles espoused in the 2001 Rivers, et al. study still hold true. Early diagnosis, antibiotics, fluids, cultures, and hemodynamic assessment and restoration are essential to sepsis management in the emergency department.

HM: Its results support the notion that one should not strictly adhere to EGDT, as was previously the practice. I think that is the major teaching point for residents and fellows.

What implications will this study have on the future of EGDT?

DH: Everyone agrees that therapy should be given early for sepsis and directed towards physiologic goals. All debate, however, what these specific goals should be — inferior vena cava diameter, central venous pressure, lactate clearance, etc. So I think that this study has helped to further cement the importance of early therapy directed towards goals, while also adding to the debate on what the specific goals should be. I think EGDT may still be useful in some specific patients — e.g., a patient with a known cardiomyopathy. This is just my personal opinion, however, and was not addressed by the ProCESS study.

What would you like to see in future studies regarding sepsis management?

DH: I would like to see future trials become “smarter” and “faster.” For example, smarter design could include narrower phenotyping at the clinical level. Septic shock from ascending cholangitis is different than that from pneumonia; as such, pathophysiology — and thus potential benefit — from a proposed novel intervention may also be different. Faster design would include seamless collaboration between clinicians and clinical trialists; decreased regulatory barriers; and pragmatic, large, simple, trials.

HM: I'd like to see studies that identify better markers of sepsis and hypoperfusion, and studies that assess how much fluid should be given during the early phases of resuscitation. I would also like to see advances in the realm of non-invasive hemodynamic monitoring.

Protocol-based care may not always be necessary in order to appropriately manage severe sepsis or septic shock. The time, effort, and risks involved in the placement and maintenance of central venous and arterial catheters should be reserved for patients who would truly benefit from their utility. In addition, central hemodynamic monitoring strategies don't necessarily seem to be superior to other less invasive means of assessment in certain patients. Finally, the ProCESS study shows just how important identification, aggressive and practical resuscitation, and early antibiotics are to the treatment of sepsis. Despite how impactful this study has been, it will be interesting to see what results similar trials produce in the future. Two in particular – The Australasian Resuscitation in Sepsis Evaluation and the Protocolised Management in Sepsis trials – are ongoing studies that will certainly add valuable conclusions of their own to the exciting field of sepsis management.