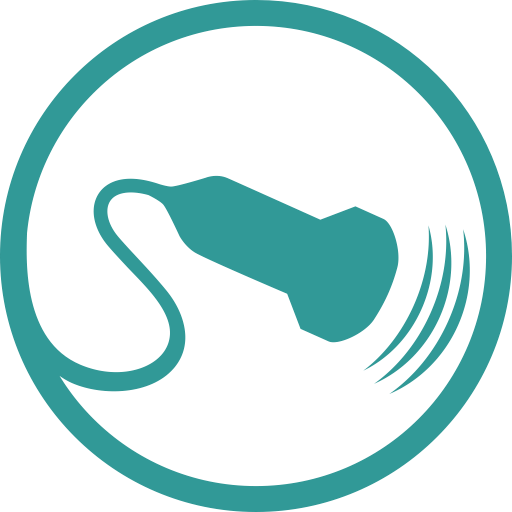 The UtiliTEE of Ultrasound in Cardiac Arrest

A 57-year-old obese man with unknown past medical history becomes unresponsive and pulseless on the subway platform with bystander CPR initiated. EMS arrives within minutes, continues CPR, administers 1mg epinephrine and places 2 peripheral IVs. In the ED, the patient is emergently transferred to a stretcher and intubated, with ongoing CPR. During the next pulse-check, a practitioner palpates the femoral artery while you assess for cardiac activity with a phased-array probe. The window is poor but you determine there is no evidence of tamponade or ventricular activity. Chest compressions continue; however, the ultrasound gel has created a slippery field and you are forced to pause in order to wipe the chest wall and resume CPR. Would transesophageal echocardiography (TEE) provide an advantage over transthoracic echocardiography (TTE) in cardiopulmonary resuscitation?

Many emergency physicians use TTE to enhance their clinical approach to cardiopulmonary resuscitation. In their 2012 review, Blyth et al. postulated that TTE can be useful in predicting cardiovascular demise if asystole is visualized during resuscitation.1 While TTE likely augments a provider's ability to work through their H's and T's, limitations like body habitus, COPD, and subcutaneous emphysema may impair diagnostic accuracy and utility.

In contrast, TEE provides an optimal acoustic window for precise, real-time images throughout the resuscitation period without the need to disrupt compressions.2 Within the past 10-15 years, various studies have demonstrated that TEE may circumvent the pitfalls of conventional TTE, potentially improving patient outcomes during cardiopulmonary arrest. The 2008 ACEP Emergency Ultrasound Guidelines designate TEE as an adjunct or emerging ultrasound application.2

TEE utilizes a higher frequency probe (3 to 8 MHz) that penetrates 18 to 20 cm and is positioned in the esophagus posterior to the heart. The probe is passed into the esophagus in a similar manner as an orogastric tube placement. Traditionally the probe contains 2 wheels, a lock, and buttons that angle the crystal beam. The larger wheel anteflexes and retroflexes the transducer head, while the smaller wheel moves the probe medially and laterally (Figure 1). The literature shows 20 classic views for an expert TEE operator; however, for a focused, point-of-care ultrasound, a 4-view protocol is sufficient.

Similar to the apical 4-chamber in TTE, the first view should be a mid-esophageal 4-chamber view, which can visualize the heart's pericardium, chambers, and valves. Introduce the transducer into the mid-esophagus at 0 degrees and avoid flexing the probe (Figure 2).

The second view, a mid-esophageal long-axis view, can be obtained by remaining in the same location and rotating the transducer crystals (using the small buttons on the probe) 110 to 120 degrees. This is synonymous with the parasternal long axis on TTE (Figure 3).

To acquire the third window, the bi-caval view with M-mode, rotate the crystals 90 to 100 degrees. This illuminates the superior vena cava (SVC), the right atrium, and the inferior vena cava (IVC). It is similar to the subcostal view on TTE (Figure 4).

Lastly, to obtain the trans-gastric short-axis view, straighten the crystals to 0 degrees and advance the transducer into the mid-stomach. Anteflex the probe using the large wheel. This view is synonymous with the parasternal short axis view of the left ventricle (Figure 5).

There are no randomized controlled trials involving TEE during cardiopulmonary arrest in the ED. In a recent retrospective case review in Ultrasound in Emergency Medicine, Arntfield et al. analyzed 54 TEE examinations (43% during cardiac arrest) in 2 Canadian training hospitals between 2013 and 2015. During this study, 12 ED physicians who had previously trained with a 4-hour TEE workshop, applied the 4-view protocol for indications including cardiac arrest (intra-arrest and post arrest), hypotension, and aortic dissection.

The researchers employed a mid-esophageal 4-chamber view 96% of the time (thought to be the easiest to obtain) that frequently (43% of the time) altered CPR timing and quality based upon the images. Other TEE-specific findings included fine ventricular fibrillation (4%), aortic dissection (4%), and mediastinal hematoma (2%). The authors concluded that TEE was both feasible and advantageous for intubated patients with undifferentiated shock and cardiac arrest in the ED.6

A second study performed by an individual, highly-skilled operator in a tertiary referral ED discussed 6 cases in which management pathways were significantly altered by TEE findings that were not apparent on TTE. These included hypovolemia, RA/RV thrombus, a misplaced PICC line, aortic dissection, fine ventricular fibrillation, and ventricular fibrillation secondary to hyperkalemia. The author concluded that further work is required to determine if TEE is cost effective and beneficial on a larger scale.7

TEE likely improves diagnostic accuracy during cardiac arrest resuscitation in the ED. Limitations include the procedure's invasive nature and availability, transducer cost (~$40K), and the need for training. Obtaining the necessary views may seem daunting at first, but with any new application there is a learning curve. Randomized controlled trials are essential to further determine the risks and benefits as compared to conventional TTE. 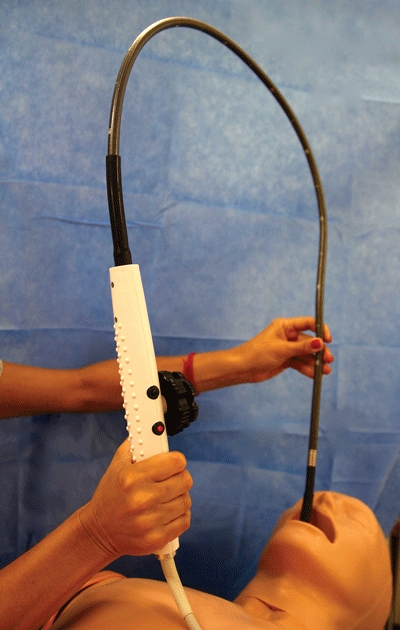 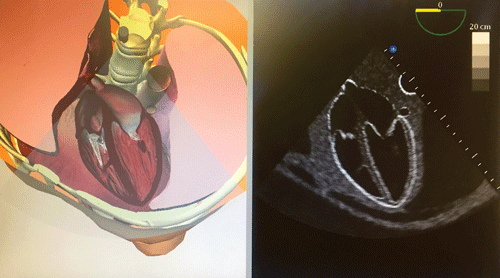 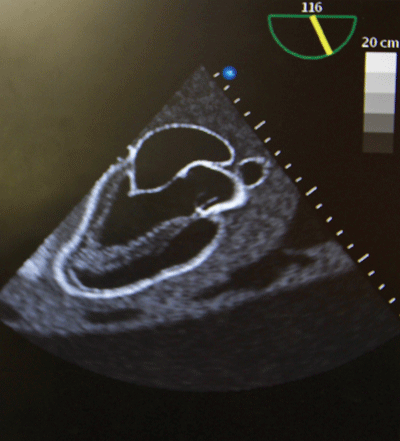 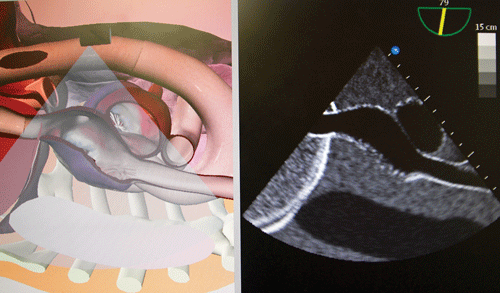 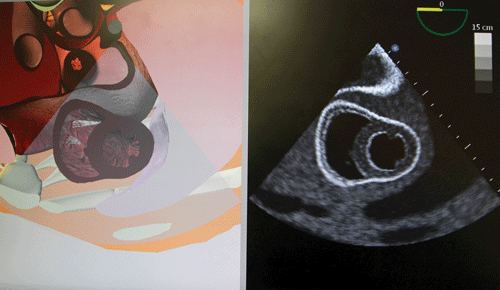