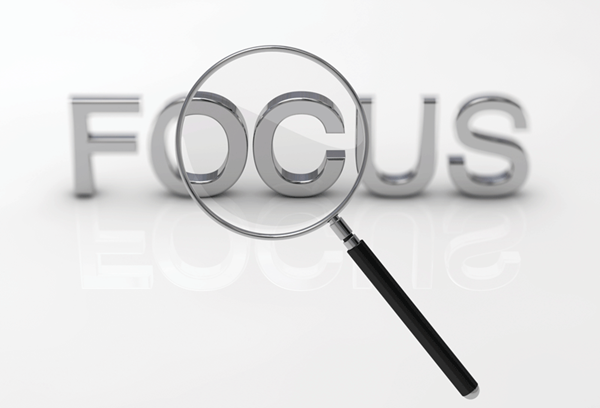 I'm on the four-year plan. Four years of high school was followed by four years of college. This was followed by four years of medical school, and then four years of residency. There were a few times I took short one- to two-year detours from the route to pursue other life goals, but when it was time to get back “on track,” the four-year plan was there waiting for me. Now, nearing the end of this educational path, it's time to decide on next steps. Without the safety net of a predefined structure, I feel a little uneasy. Like approaching the edge of a cliff, you really don't know what awaits until you look over. If only there was something I could do to ease the burden of choice. Feeling this overbearing quandary caused by my lack of decision, I've searched every online database for a four-year fellowship program, and found none.

Well, what now? At the completion of my last block, where am I left? I've proven to myself that I could reach the proverbial holy grail of career choices. I saw “being a doctor” through to the end. But now here I am, wondering what's next. I'm not sure what I was expecting. Maybe more balloons or confetti. Now that I'm completing that goal, what else should be obtained? Where do I turn my focus?

It's a question I feel I'm not alone in asking, and it's one that creates a tremendous sensation of apprehension. Maybe that's the reason so many grads change jobs in the first two years after residency. We are all still trying to determine our “what's next?” and what our place is.

To figure it out, you have to remind yourself of the reasons you got on this track to begin with. Perhaps it was the fame or fortune of a medical degree. Those are becoming increasingly hard to come by in our field. Sure, eventually most of us will be financially well off, but not Daddy Warbucks. If you're like me, you're probably staring down the double barrel of a shotgun full of student loan debt, wondering how you can make it out in one piece after it's all said and done. No, surely money cannot have been a true motivating factor. From the current perspective, that seems illogical. Eating buckshot won't help you lay a golden egg. Also, it leaves a bad taste in your mouth.

No. Money's not the reason we do medicine.

Fame? While there is often a fair amount of acknowledgement that comes with being a physician — and certainly many of us go on to do great things — emergency medicine inherently doesn't enjoy the prominent reputation of many other fields. Sure, maybe you might be the lucky one to land a position on a prominent network television show, or be elected to serve as a state representative, but for the 99%, we're just the doctor that “I saw downstairs. Or was it even a doctor...?” Often, when involved in small talk, well-meaning patients will ask, “So, you're a resident — what kind of doctor are you going to be?” “Emergency medicine doctor,” is generally my reply. This is often followed by a “Yeah, but what's your specialty?” Sometimes the dialogue becomes so predictably scripted, that instead I'll sarcastically respond with “Doctor? No, no, I'm a mechanic. I just work here on weekends.”

Hard to believe that it's fame that motivates us.

People do certainly notice all the work that you put in in pursuit of a particular specialty or interest, and that can be a motivating factor. As can owning a new sports car. We may sometimes astound others with our medical knowledge, and that can gratifyingly stroke the ego. But what I think is usually less emphasized in resident education is something that actually draws much more attention — the effort we put into our patients. Emergency medicine is a rapidly expanding field. As it grows, we are increasingly becoming involved in more medical specialties and topics. What sometimes we might be guilty of is losing sight of the greatest good we do for our fellow men, and instead focusing on the just plain good things we do for our peers, specialty, and practice.

Ask a nurse or a hospital administrator who their favorite physicians are. In most cases you'll find that they don't mention the doctor who's published 15 papers this year, or the one who developed a new protocol. While those are great things that should not be undervalued, the greater good comes from placing more of our interest in our patients. When we care for others, people notice.

As I personally reflected on the topic, in context of my own concerns about next career steps, I was reminded of a speech I heard last year at ACEP in Chicago. Dr J. Brian Hancock, the winner of ACEP's John Wiegenstein Leadership award, shared some advice he received from his father: “Take care of your patients, and your career and your success will take care of itself.”

I realized that it doesn't really matter in the end if I pursue a fellowship in administration or hyperbarics; research or EMS. Ultimately, it doesn't matter if I go on to fellowship at all, or if I take a career in academics or private medicine. What matters most is that my focus stays where it should always be — on the people who come to me for help. When we fulfill our first responsibilities to our patients, regardless of the work scenario, our careers will take care of themselves. The ladder to becoming a successful physician is represented by rungs of empathy, justice, and beneficence, and less so by personal goals and aspirations.

Despite the uneasiness that comes from abandoning the four-year plan, I've taken solace in knowing that regardless of my career choices, I'll always find myself where I want to be if I put patients first in my practice. Sometimes, though, that can be very hard to do — and that comes with the job.

Twice I've raised my voice to patients. I am ashamed to admit it, and wish I could say that the circumstances were justifiable. The first time was with a large, belligerent, bipolar individual in room B26 who was becoming increasingly angry and yelling just inches from the face of my calm and collected, yet slight-of-build, nurse. Coming to her aid, my adrenaline told me the best way to react was through a forceful vocalization of my displeasure and to reaffirm my alpha status as the physician in charge. Seldom is that the right answer in such a scenario, but this time it seemed to work. However, as I walked away, I noticed how internally horrible I felt about what I had just done.

The second time was with a middle-aged man whose cardiac status was tenuous, but stable. His peripheral vasculature had long ago run out, leaving us with no options other than a central line or drilling into his bone to start potentially life-saving resuscitation. I took it for granted that definitive access was acceptable to him after 20 minutes of pincushioning his extremities. Nonchalantly informing him that I was about to stick a large needle into his body, he erupted with a surprising string of angry profanity. Unthinking, I matched his tone and told him what I thought of his outburst. This time, it proved ineffective in resolving the conflict, and ultimately he was admitted without access, to his own detriment. Luckily, he survived that admission. It was a similar experience as the first patient, but this time no psychiatric disorder and no underlying lack of comprehension of how human interaction works. He was just scared. My shame afterwards was greater than my anger in the heat of the moment.

These were the two lowest points in my career thus far. Far below the young trauma patients I couldn't save, and even further below the patients to whom I unintentionally caused harm or death. Regardless of those outcomes, I was always trying to help and do the right thing, which brings some consolation. With these two patients, though, I thought of myself first, and now those moments will stay with me forever, reminders of the most important lesson I hope to leave with my junior residents.

In a generation of physicians who've been influenced by the Dr. House approach to care, it is important to remember that no medical foundation or extracurricular pursuit will replace the interactions and commitments you have between you and your patients. We are all founded on this same principle. No matter at what career stage or transition we find ourselves, we have that constant. We shouldn't ever need to change our focus, just to refine it. Sometimes we will stumble or make missteps. Maybe we will regret what we say to a patient. Perhaps we will wish we had taken a different job or fellowship, but, ultimately, we will all go on to do good — and even great — things. However, none of our future accomplishments will ever supersede doing the right thing ”“ serving others first, and putting ourselves second.